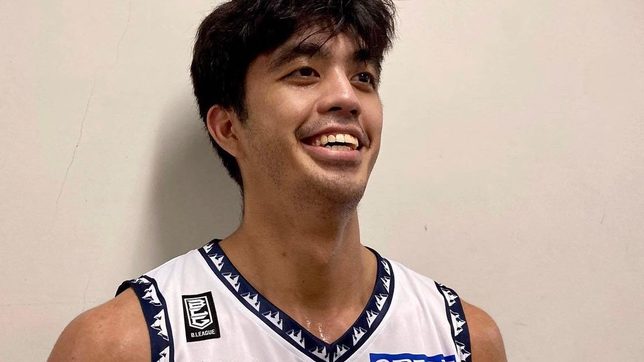 LOCAL. Matt Aquino is eligible to play for the Japanese national team as he holds a Japanese passport.

Facebook Twitter Copy URL
Copied
Japan adds Matt Aquino, who plays as a local for the Shinshu Brave Warriors in the B. League, to its 24-man pool for the FIBA World Cup Asian Qualifiers

Matt Aquino gets a shot to represent Japan on the world stage.

The Japanese Basketball Association included the Shinshu Brave Warriors big man in its 24-man pool for the first window of the FIBA World Cup Asian Qualifiers released on Monday, November 15.

Aquino, the son of former PBA star Marlou Aquino, plays as a local in the Japan B. League as he holds a Japanese passport.

Other notable names who are a part of the pool include Makoto Hiejima, Yuki Togashi, Avi Schafer, and Tenketsu Harimoto.

The former NU Bulldogs stalwart has played sparingly in the B. League.

He saw action in just one game, tallying 2 points and 2 rebounds in a 76-51 win over the Akita Northern Happinets on November 6.

Bunched in Group B, Japan kicks off its Asian Qualifiers campaign with back-to-back games against China on November 27 and 28. – Rappler.com