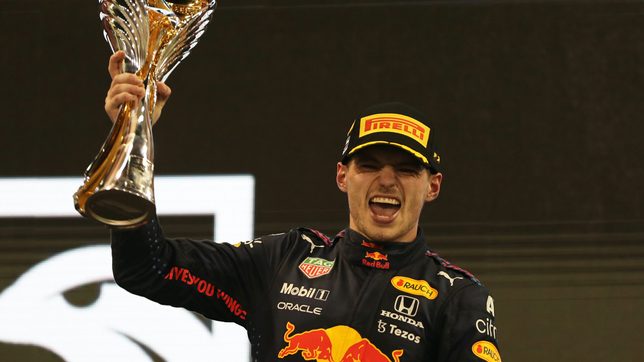 CHAMPION. Red Bull triumphs for the first time since 2013 as Max Verstappen pulls off a stunning win over Lewis Hamilton.

The team won four successive drivers’ and constructors’ titles from 2010 to 2013 with Sebastian Vettel before the Mercedes era started.

Verstappen sealed his victory with a last lap overtake of Mercedes’ Lewis Hamilton, who had been heading for a record eighth title.

“All credit to Lewis, he’s been a phenomenal opponent all year and he’s a great world champion and that’s what makes it even more valid to win this,” said Horner. “It’s right up there with the first one.”

Vettel, now with Aston Martin, took his first title in 2010 at the same Yas Marina circuit after coming out on top in a four-way battle in the season-ender.

Milton Keynes-based Red Bull entered the sport in 2005, the energy drink-owned team taking over the Jaguar outfit that was previously Stewart.

Mercedes had won every title since 2014 when the 1.6 liter V6 turbo hybrid era started and it retained its constructors’ crown on Sunday for an unprecedented eighth year in a row.

“Mercedes are such a quality team and they’ve got stronger and stronger over the years. And that’s what’s made this so intense,” said Horner, who has traded barbs with counterpart Toto Wolff all year.

“Because of the quality of the opposition we’ve had, that’s what makes this one so special.”

“This is probably the biggest championship that we’ve ever won.” – Rappler.com

Hamilton and Verstappen collide and crash out of Italian GP