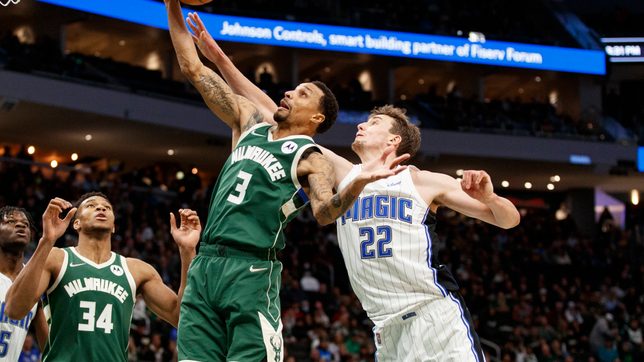 VICTORY. The Bucks pick up another victory at the expense of the Orlando Magic.

The Milwaukee Bucks held a moment of silence prior to their game on Monday, November 22, for the victims of an attack in Waukesha, Wisconsin, where a motorist sped his SUV through a Christmas parade, killing five people and injuring scores more.

Darrell Brooks, 39, was arrested near the scene of Sunday’s attack in the town 20 miles (32 km) west of Milwaukee and faces five counts of first-degree homicide.

In addition to the five people killed 48 were injured, including six children who remained hospitalized in critical condition on Monday, authorities said.

“The Bucks send our deepest condolences to those who lost loved ones during the unspeakable tragedy in Waukesha yesterday,” the team posted on their Twitter account.

“Our gratitude goes out to the first responders and those who heroically helped save others amid the chaos.”

The post included a photo of Bucks’ players observing the moment of silence prior to the defending champion’s tip-off against the Orlando Magic, where they won 123-92 at Fiserv Forum.

The Milwaukee Brewers baseball team said they would hold a fundraiser for the victims on Tuesday, with players and other members of the organization meeting with fans.

The team said all proceeds would be matched by Brewers’ President of Baseball Operations David Stearns and donated to the United for Waukesha Community Fund.

Major League Baseball is currently in its offseason. – Rappler.com