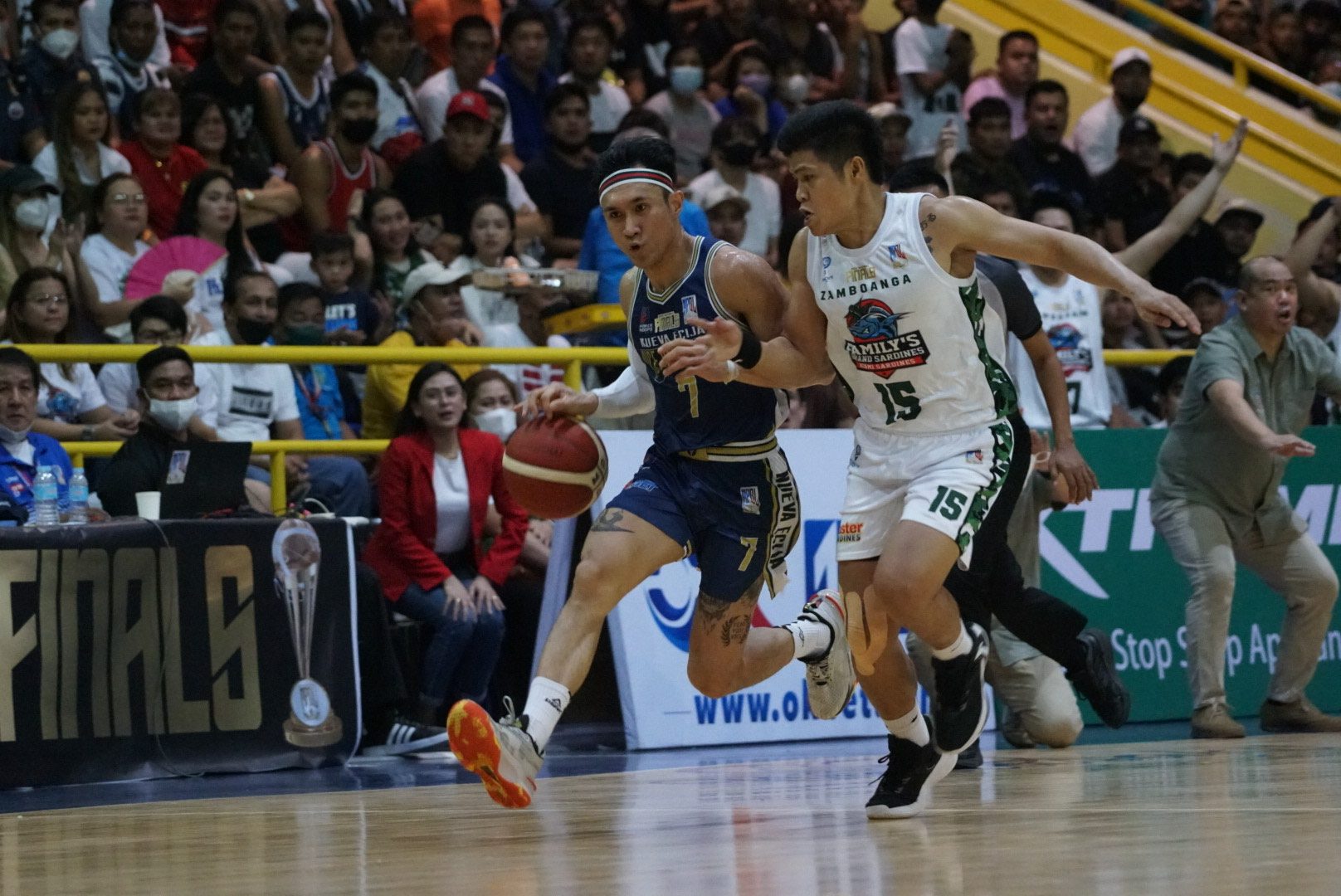 The crack point guard poured in the points, including a banking dagger triple, that sealed the outcome, 76-67, with only 47 seconds left.

Gabo, a former Mapua Cardinal, wound up with 22 points, 18 in the last 10 minutes, 6 rebounds, and 6 assists to earn Best Player honors and frustrate the Zamboanguenos, who gamely battled the favored Rice Vanguards from the get-go.

Nueva Ecija unleashed a 9-1 run closing the third quarter for a 56-48 lead.

Zamboanga, however, retaliated with a 7-point bomb, through Jaycee Marcelino and Jhapz Bautista, to tighten the game once again, 55-56.

Zambanga forged the last deadlock at 60, only to be met by a John Bryo Villarias triple and 2 charities by Gabo that set the tone of the finish.

Mabulac became the 13th member of the MPBL 1,000-point club and was given the ball he used to score the vital points by commissioner Kenneth Duremdes.

Zamboanga got 15 points and 6 rebounds from Chris Dumapig and 12 points each from Marcelino and Jhapz Bautista, while Jayvee Marcelino chipped in 11 points.

Nueva Ecija will try to make it back-to-back against Zamboanga in Game 2 of the best-of-five series on Monday at the same venue. – Rappler.com