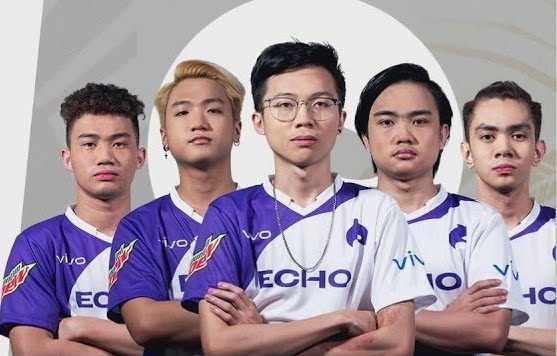 NEXT ROUND. Echo proves its mettle against an established Indonesian crew.

On the verge of an early exit, Echo banked on a clutch Lord steal by Jaymark “Hadess” Lazaro (Aldous) in Game 3 to advance to the next round, where it will face the winner between RSG Philippines and RSG Singapore.

Aura led in kills, gold earned, and turrets destroyed late in Game 3 until Hadess secured the Lord and killed Erico “god1va” (Tigreal), paving the way for Echo to wrap up the decider in 27 minutes.

HIGH, who dominated with 9 kills and 3 assists against 3 deaths, was turned into a spectator as Echo destroyed their base turret after being eliminated during the final clash for the Lord.

Benedict “Bennyqt” Gonzales (Lunox) tallied 2 kills and 5 assists against 2 deaths for Echo, which is bunched in Group A together with MPL Indonesia reigning champion Onic Esports.

Aside from Echo and RSG Philippines, other Filipino teams which are also seeing action in the MPL Invitational include Blacklist International, Onic Philippines, Omega Esports, and Nexplay EVOS.

Onic Philippines will tangle with Omega in an all-Filipino clash in Group B, while Nexplay will face Indonesia’s Rebellion Genflix in Group D on Wednesday, November 3.

Meanwhile, Blacklist qualified directly for the semifinals after ruling Season 8 of the MPL Philippines.

A total of 20 teams from five countries were invited to the MPL Invitational, which has a prize pool of $100,000. – Rappler.com