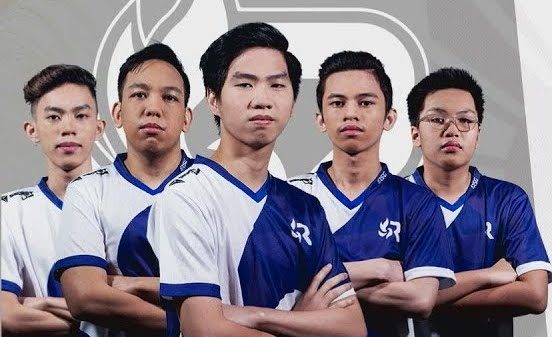 STILL STANDING. RSG Philippines claims a spot in the final eight of the MPL Invitational.

Only two Filipino teams remain in the Mobile Legends Professional League (MPL) Invitational after Onic Philippines got the boot from Indonesian powerhouse RRQ Hoshi in the group stage on Thursday, November 4.

In a battle between the runners-up of MPL Philippines and MPL Indonesia, Onic failed to rise to the occasion as RRQ Hoshi nailed a 2-0 sweep to advance to the quarterfinals.

Onic appeared to have Game 1 in the bag after Kairi “Kairi” Rayosdelsol (Lancelot) secured the third straight Lord for his side only to witness RRQ turn the tides behind Albert Nielsen “Alberttt” Iskandar (Yi Sun-Shin).

RRQ then took only 15 minutes to nail Game 2 and clinch the series as Onic became the fourth Filipino team to exit the MPL Invitational, joining Omega Esports, Echo, and Nexplay EVOS.

Jonard Cedrix “Demonkite” Caranto (Benedetta) starred for RSG in the do-or-die Game 3, churning out a flawless performance of 5 kills and 2 assists against 0 deaths.

RSG will have its mettle tested as it locks horns with reigning MPL Indonesia champion Onic Esports in the quarterfinals on Friday.