Blacklist through to MPL Invitational semis, RSG bows out 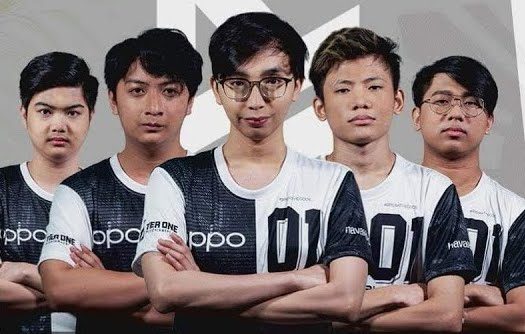 DOMINANT. Blacklist International proves why it is the reigning two-time champion of MPL Philippines.

Blacklist International flexed its might in the Mobile Legends Professional League (MPL) Invitational as it made short work of Indonesian squad Bigetron Alpha to punch its semifinals ticket on Friday, November 5.

Advancing directly to the quarterfinals for ruling MPL Philippines for the second straight season, Blacklist needed just two games to dispose of Bigetron in their best-of-three series.

Blacklist will face another Indonesian team in the semifinals in RRQ Hoshi, which stunned reigning MPL Malaysia champion Team SMG, 2-0.

Opting for objectives instead of kills, Blacklist dispatched Bigetron in Game 2 in under 17 minutes with a whopping 11,000-gold lead and a 9-2 advantage in turrets destroyed.

Johnmar “OhMyV33nus” Villaluna (Rafaela) also submitted a perfect game of 2 kills and 6 assists against 0 deaths for Blacklist, which wound up as the only Filipino squad standing in the 20-team tournament.

RSG Philippines had a chance to join Blacklist in the semifinals but absorbed a 2-1 loss to defending MPL Indonesia titlist Onic Esports.

A wipeout led by Jonard Cedrix “Demonkite” Caranto and Eman “Emann” Sangco propelled RSG to a Game 1 victory, but Onic proved its mettle by completing the reverse sweep.

It will be an all-Indonesian clash in the other semifinals bracket as Onic tangles with Alter Ego, which nailed a 2-0 win over EVOS Singapore.

The semifinals and the grand finals will be staged on Sunday, November 7, with the champion raking in the bulk of the $100,000 (around P5 million) prize pool. – Rappler.com