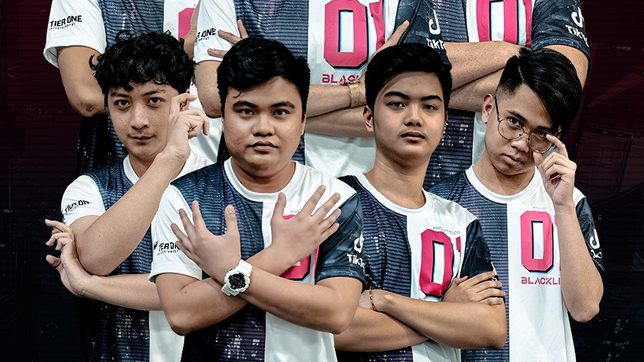 ON A ROLL. Blacklist International picks up a league-best 11th series win.

With the playoffs looming, Blacklist International preserved its dominant form in the Mobile Legends Professional League Philippines (MPL) after toppling Nexplay Esports on Saturday, May 15.

Blacklist, which swept Nexplay earlier in Season 7, reasserted its mastery with a 2-1 victory in their best-of-three duel.

Despite seeing its feeding Diggie tactic fail in the second game that paved the way for Nexplay to force a decider, Blacklist showed its spunk as it stuck with the same strategy in Game 3 to notch a league-best 11th series win.

John Paul “H2wo” Salonga (Lancelot) managed to steal the Lord for Nexplay at the 20-minute mark, but that only stalled their imminent loss, with Blacklist finishing Game 3 within the next minute.

Even with a team-high 8 deaths, Jayson “Eson” Gerado (Diggie) proved effective for Blacklist after churning out a game-best 16 assists.

Blacklist still has one regular season match remaining but it has already secured the top seed and an upper bracket spot in Group B with a league-leading 29 points.

Nexplay, meanwhile, crashed out of contention for an upper bracket berth in the playoffs as it wrapped up its regular season campaign with 18 points.

Only Omega Esports (20 points) and Execration (18 points), which have one regular season series left each, are in the hunt for the last upper bracket seat in Group B.

In Group A action, Bren Esports stayed in pursuit of an upper bracket spot after a 2-0 win over Cignal Ultra, which ended its frustrating Season 7 stint winless in 13 matches.

Bren Esports tied Work Auster Force with an identical 21 points for the No. 2 seed in Group A, with their playoff fates to be determined by their respective last regular season assignments on Sunday, May 16.

The top two teams from each group will advance to the upper bracket, while the remaining four teams will fight for their tournament lives in the lower bracket.