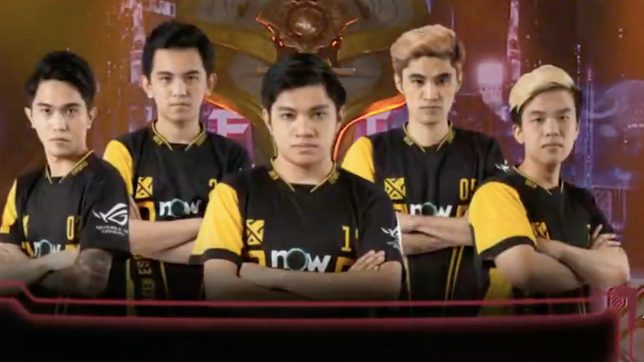 STRUGGLE. Bren Esports could not catch a break early in Season 7 of MPL PH.

Bren Esports slumped to its third straight series loss to start Season 7 as Aura PH hacked out a come-from-behind 2-1 win in their best-of-three duel on Saturday, March 27.

With the series tied at 1-1, Aura PH zeroed in on Bren Esports attack damage carry Karl Gabriel “KarlTzy” Nepomuceno to take the do-or-die Game 3 in just under 13 minutes.

KarlTzy had his way with Lancelot early after tallying 5 kills against only 1 death in the first 7 minutes but recorded just 1 kill and suffered 3 deaths afterwards as Aura PH neutralized him and his teammates.

Jaymark “Lord Hadess” Lazaro submitted a perfect line of 5 kills and 9 assists against 0 deaths with Granger for Aura PH.

“We came up short again. We had a lot of mistakes,” said Bren Esports head coach Francis “Duckeyyy” Glindro. “Right now, we’re in the process of fixing the mindset of the players.”

Bren Esports took Game 1 thanks to a siege minion, but Aura PH knotted the score with a sterling 12-minute finish in Game 2.

Aura PH seized the top spot in Group B with 5 points, while Bren Esports improved to 2 points for the No. 3 spot in the group.

In the other match of the day, Blacklist International remained unbeaten in a series with a sweep of Laus Playbook Esports.

Blacklist International garnered 8 points to lead Group A, while Laus Playbook Esports remained with 2 points for the last place in the bunch. – Rappler.com