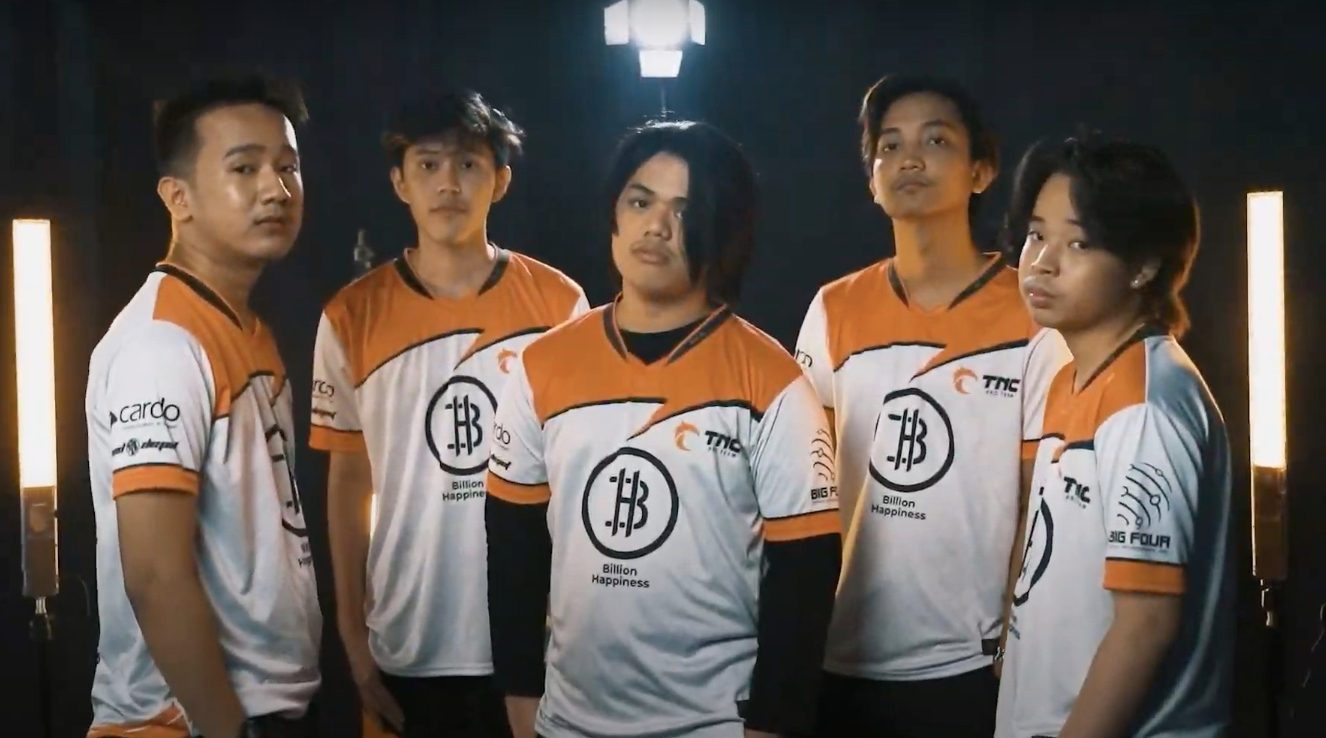 Facebook Twitter Copy URL
Copied
Swept by defending champion Blacklist International in its season opener, TNC vents its frustrations on Nexplay EVOS with its own sweep

TNC vented its ire on struggling Nexplay EVOS with an emphatic sweep to get on the right track in Season 8 of the Mobile Legends Professional League Philippines (MPL PH) on Sunday, August 29.

3MarTzy and TNC needed just a total of 30 minutes to dispose of Nexplay in two games of their best-of-three series.

After putting up a kill-death-assist (KDA) line of 6/3/4 on Lapu-Lapu in Game 1, 3MarTzy delivered a 2/1/9 KDA on Paquito in the series-clinching Game 2 as TNC toppled Nexplay in under 16 minutes.

TNC earned 3 points from the sweep for solo fourth place, while Nexplay stayed at the bottom with just 1 point.

Although Bren managed to force a deciding match, RSG ran roughshod over the Season 6 titleholders in Game 3 thanks to a flawless performance from Arvie “Aqua” Antonio.

A member of Season 7 cellar-dweller Cignal Ultra, Aqua proved his worth to his new team with 6 kills and 2 assists against 0 deaths on Harley as RSG dispatched Bren in under 16 minutes.

RSG ended the first week of Season 8 at fifth place with 2 points, while Bren dropped into a three-team logjam at sixth and last place with Nexplay and Omega Esports with 1 point apiece.

Still without suspended star Duane “Kelra” Pillas, Omega suffered its second straight series loss to start the season following a sweep from Echo, which seized an early lead in the standings.

Going 2-1 in its first three matchups, Echo improved to 6 points, just a point ahead of Blacklist and Onic Philippines, which sit at joint second place with 5 points each and identical 2-0 series slates. – Rappler.com