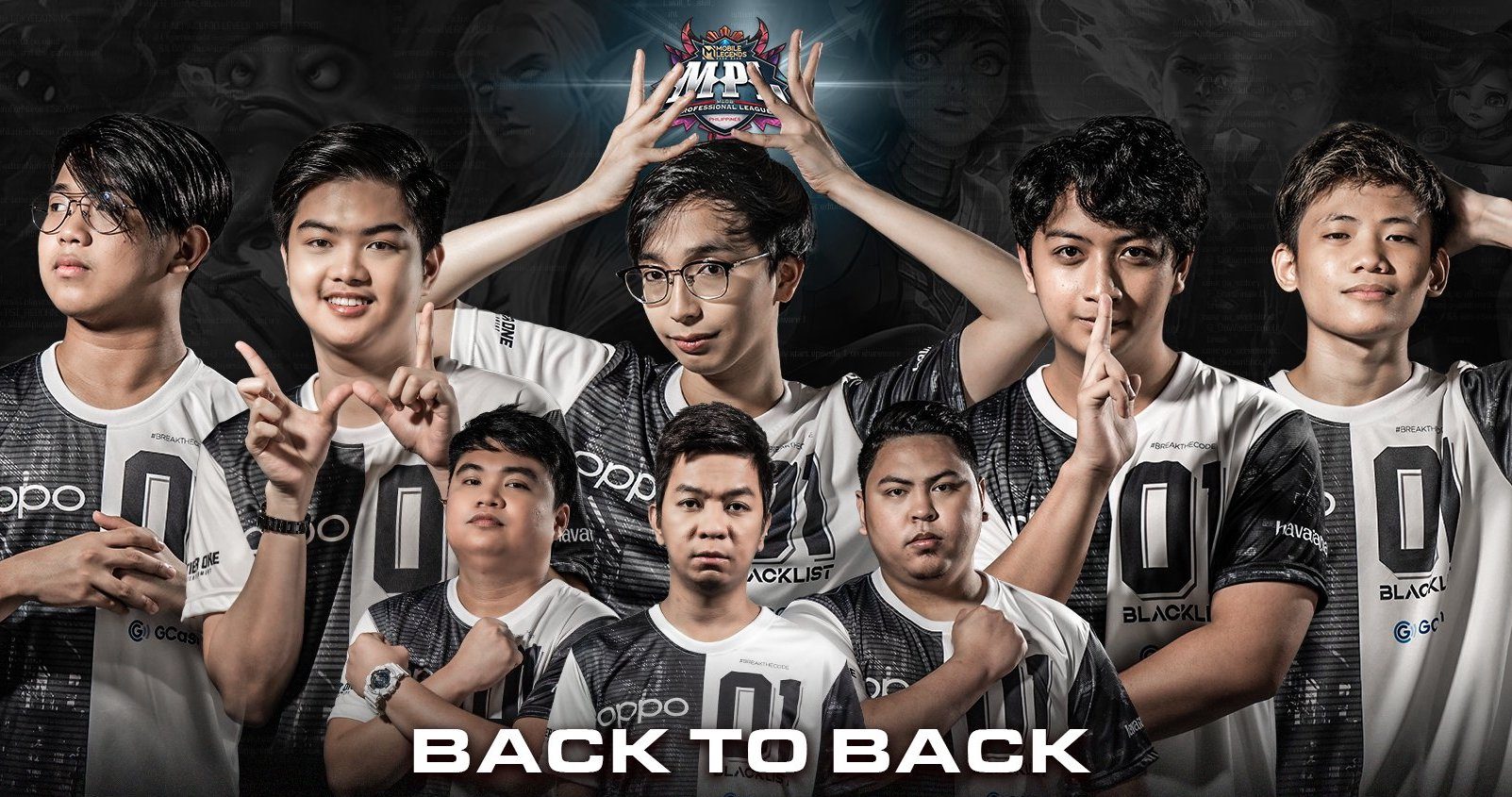 KINGS AND QUEEN. Blacklist International solidifies its status as the best 'Mobile Legends' team in the country.

Blacklist defended its MPL Philippines throne after dealing Onic Philippines another heartbreaker, dominating the Season 8 grand finals with a 4-1 romp on Sunday, October 24.

The best-of-seven series seemed to have the potential to go the distance as the two teams split the first two matches, but Blacklist stamped its class in the next three games on the way to becoming two-time champions.

Blacklist joined Season 4 and 5 titleholders Sunsparks as the only teams in MPL Philippines to win back-to-back titles.

An offseason acquisition, Hadji starred in their 17-0 shutout win in Game 4 with 1 kill and 9 assists against 0 deaths on Chou as Blacklist moved on the verge of solidifying its status as the best team in the country.

Danerie James “Wise” del Rosario then took charge for Blacklist in the title-clinching Game 5, where he tallied 10 kills and 5 assists against 0 deaths in the third straight victory that he used Bane.

Wise and Johnmar “OhMyV33nus” Villaluna copped their second title at the expense of their former team Onic.

Meanwhile, Blacklist veteran Jayson “Eson” Gerardo became the first player in MPL Philippines history to win three championships, with the first coming in Season 2 during his stint with Cignal Ultra.

The title remained elusive for Onic as it settled for another runner-up finish after falling prey to Sunsparks in Seasons 4 and 5.

Blacklist and Onic are expected to represent the Philippines in the Mobile Legends M3 World Championship in December. – Rappler.com