NEW ROLE. In joining the Ners, James Harden may be asked to put more effort on the defensive end.

After months of tension and miscommunication, the Rockets finally parted ways with James Harden, sending him to the Brooklyn Nets in a megatrade that involved two additional teams.

The cost was heavy for the Nets, who sent Caris LeVert to the Indiana Pacers and Jarrett Allen and Taurean Prince to the Cleveland Cavaliers.

The Pacers sent Victor Oladipo to the Rockets, who, in turn, received Dante Exum from the Cavaliers and Rodions Kurucs, 3 future unprotected first-round draft picks, and 4 pick swaps from the Nets.

While this is a heavy price to pay for perhaps one of the greatest offensive players in NBA history, it was far from being the pound of flesh the Rockets were expected to extract from the Nets.

The general assumption was that the Nets may have had to part ways with one of their two superstars – Kevin Durant or Kyrie Irving – for the Rockets to consider the return as adequate.

With that assumption having been proven incorrect, the Nets now have 3 of the best offensive players in the league. On paper, the trio of Durant, Harden, and Irving shoots the Nets into instant contention, the favorites to come out of the Eastern Conference and into the NBA Finals, with a much greater chance of toppling the favored Los Angeles Lakers should that matchup materialize come July.

But is that really the case?

Let’s look at the current makeup and situation of the Nets. The pairing of Durant and Irving has already transformed the Nets into an elite offensive team, as evidenced by the team’s offensive efficiency: 114.1 points scored per 100 possessions, 5th in the NBA.

Their fast-paced brand of basketball is unsurprising given the makeup of the Nets’ coaching staff. Head coach Steve Nash was the face of the “7-seconds-or-less” era of the Phoenix Suns; his assistant, Mike D’Antoni, was its architect. Their influence has spread throughout the Nets roster, not only through their pace of play but also through the amount of three-point makes they average: 14.3 per game, 6th in the league.

There is also the unbelievable success story that is Durant, who is coming off a long layoff due to rehabbing an Achilles tendon rupture he suffered in Game 5 of the 2019 NBA Finals, back when he was part of the last true superteam in the league. The track record of players coming back from Achilles injuries isn’t filled with optimism and happy endings, but Durant has been one shining exception so far.

Contrary to preseason notions, Durant and Irving have meshed together seamlessly. They are two of the greatest isolation players in the planet, but have, for the most part, been anything but isolated from team play and sharing the ball. There are still elements of “your-turn-my-turn,” but such tendencies have been tamed in favor of ball and personnel movement, as well as a steady diet of pick-and-roll possessions.

Both Durant and Irving are deadly ballhandlers in the pick-and-roll, and Nash has made use of that in his offense. It is a simplified form of offense, with little intricacy or complexity required, but it is nevertheless effective considering the personnel surrounding the two stars.

A spread pick-and-roll – the spread consisting of shooters such as Landry Shamet (a career-39.5% three-point shooter) and Joe Harris (a career-40.0% three-point shooter) – allows Durant and Irving to operate freely and create off a ballscreen, with multiple options to pass out to should defenses collapse on their drives or trap them off the screen. 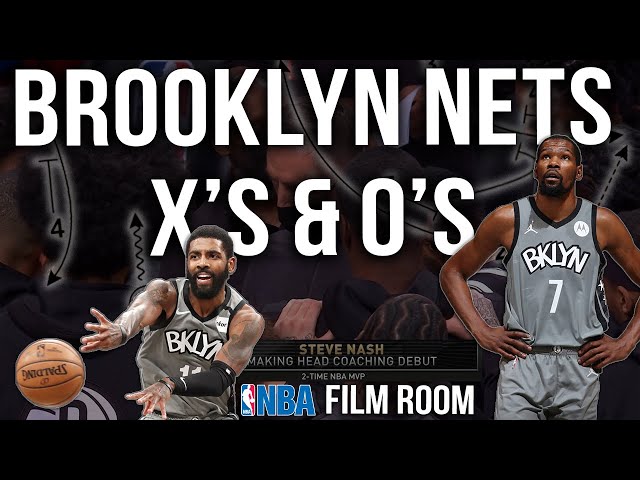 Entering the newest member of the Nets, Harden is exactly the kind of player that thrives in a spread pick-and-roll system. His tenure with the Rockets – especially during the D’Antoni era – allowed Harden to flourish into the MVP-caliber player he is today. He is the poster boy of modern-day heliocentricity, the singular force around which other players must revolve and feed off of.

Just like Durant and Irving, Harden is one of the deadliest isolation players on the planet. He hunts mismatches – from the smallest and weakest guard to the slowest and heavy-footed big man – and uses his dribble moves, hesitations, and step-backs to make mincemeat of even the best defenders in the league.

Should Harden find defenses collapsing on him, he also possesses the kind of elite vision and passing to find the open man on the perimeter, or the big man rolling to the rim or stationed at the dunker’s spot.

Harden will find it easy to grasp the concepts of the Nets offense; after all, he is reuniting with D’Antoni, the coach whose offense afforded him superstar status. D’Antoni’s “21 Series,” otherwise known as “Pistol Action,” was the bread-and-butter of his Suns teams as well as the Rockets team that took the dynastic Golden State Warriors to the brink of elimination in 2018. 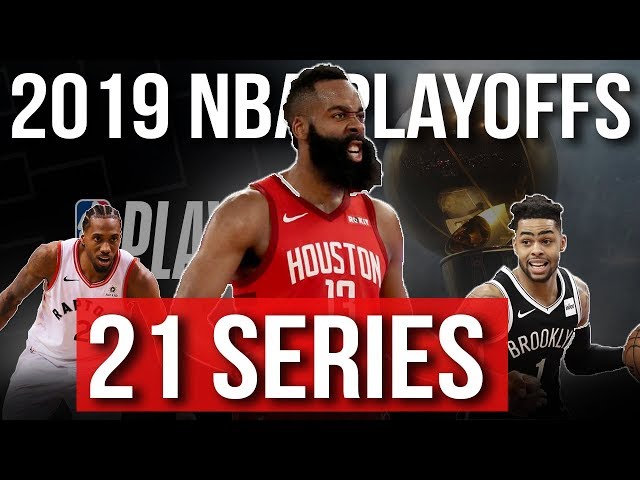 Adding Harden to the Nets offense does have its concerns. As mentioned, he thrives in a heliocentric system that requires him to be the center of the offense. In other words, Harden must have the ball in his hands.

In his tenure with the Rockets – much to the chagrin of non-Rockets fans and fans of motion offenses – it was a common sight for Harden’s 4 other teammates on the floor to park themselves on the corners and wings and make themselves ready to receive a pass from Harden, otherwise relegating them to being mere statues and bystanders.

To relegate Durant and Irving to mere bystanders is perhaps the worst thing an offense can do, despite their ability to be proficient spot-up shooters. Furthermore, one will find it difficult to believe that superstars of their magnitude – and egos – will allow themselves to be subservient to another superstar’s preferences and demands.

If that is the case – with Harden being required to adjust in an offense where he may not have the ball at all times – can he thrive in such a setup?

If history is any indication, then the answer is a resounding no, at least according to what Harden has shown as an off-ball operator. During those rare times when Harden relegates ball-handling responsibilities to a teammate – either by design or through improvisation – he has a tendency to stand still in one place, or to walk nonchalantly as if to take himself completely out of the equation.

Harden has shown little interest in being an off-ball mover. He rarely curls around downscreens, and rarely does he set screens for others. He doesn’t leverage the attention he garners on the ball in the same manner when he’s off of it, far from the kind of gravity that Stephen Curry – perhaps the greatest off-ball offensive player in NBA history – generates.

The Nets offense requires its players to be active off the ball, as Harden will find out soon enough. Durant and Irving set the tone as the leaders of the team when they bought into Nash’s philosophy. Harden will have to do the same if the trio wants to live up to their potential.

The defensive side of the equation is perhaps more worrisome. The Nets are currently 13th in the NBA in defensive rating, allowing 108.9 points per 100 possessions. Their most pressing concern on defense is their rebounding, or lack thereof. They are ranked 25th in the league of terms of opponents’ offensive rebound percentage at 28.4%.

Harden – not known for his defense – will also add little to the Nets’ defensive capabilities. Irving is a decent defender when he’s locked in, but striking the perfect balance between defensive responsibilities and carrying the offensive load will be a tough task.

Durant is, by default, now the Nets’ best all-around defender, capable of switching onto guards and wings on the perimeter as well as standing his ground against bigger forwards and centers in a pinch.

But as with Irving, the load he carries on the offensive end might be too much of a burden on his freshly-recovered – and still recovering, in some ways – body, especially since he averages 34.3 minutes per game, which leads the team. Asking him to be the team’s defensive linchpin might wear him down too quickly.

Harden might be asked to put more effort on the defensive end, or he may not, if the Nets are banking on the trio’s combined offensive talent being enough of an incentive to let defense become an afterthought. Although, if the Nets are looking to win a championship, shoring up their defense is of paramount importance.

Only 3 teams in NBA history have won a title without being considered a top 10 defense during the regular season. It is the exception rather than the norm. The Nets are equipped to become an exception, but the odds are not in their favor.

Nevertheless, the trade for Harden will reverberate throughout the rest of this season and perhaps for seasons to come, should Harden make this arrangement into a long-term one.

Despite concerns of culture and fit, both on the offensive and defensive side of the ball, the Nets took this chance to acquire a generational talent that demands serious attention from the league at large, a swing for the fences unlike any other. Only time will tell if it was a grand slam of epic proportions. – Rappler.com