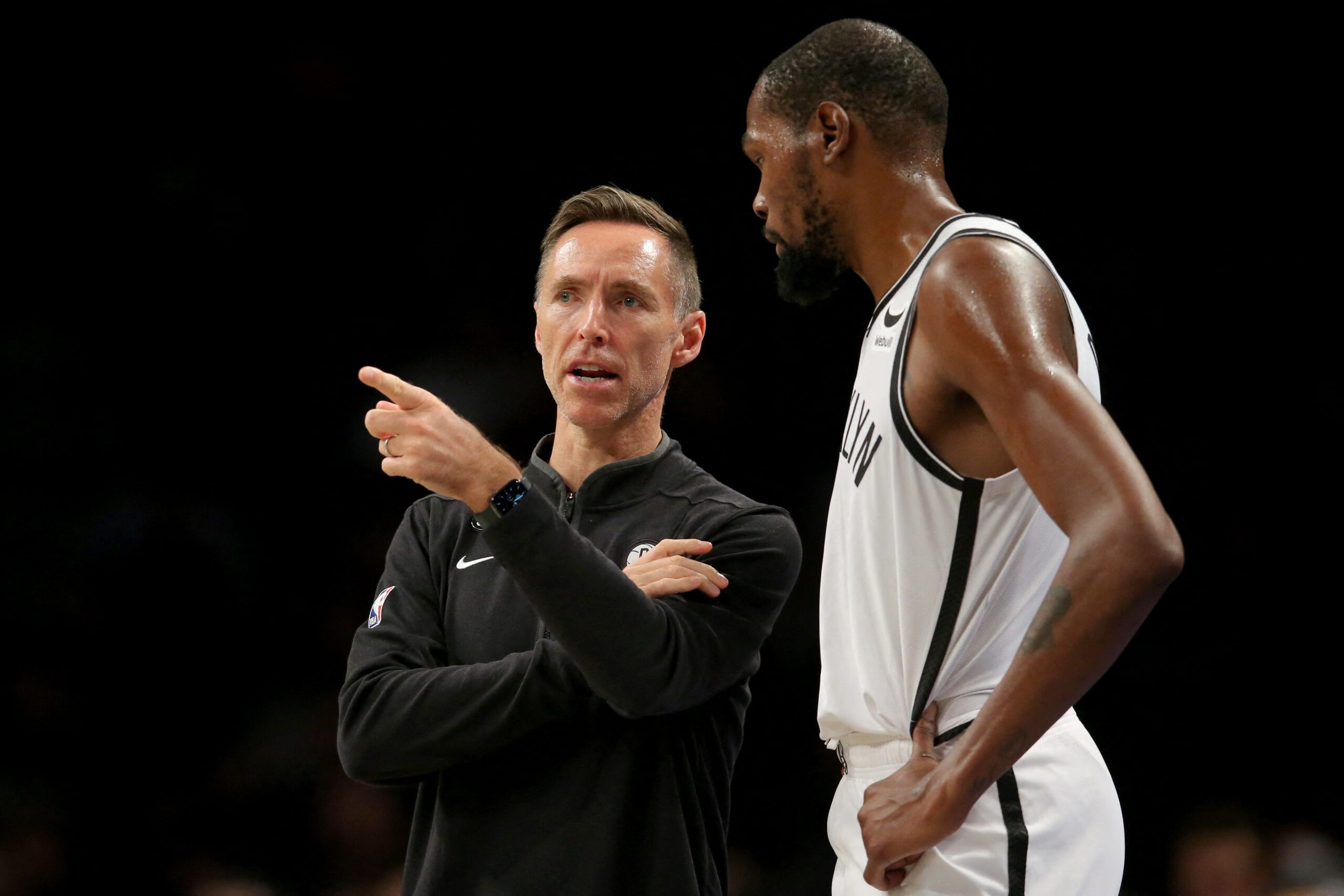 Steve Nash is out in Brooklyn after two-plus seasons, and his replacement could be in place before the end of the week.

The embattled head coach was let go by the Nets on Tuesday, November 1, after a 2-5 start to the season and plenty of controversy already.

The Nets said a decision regarding the team’s next coach “will be made in the near future.” Assistant Jacque Vaughn is the acting head coach of the Nets on Tuesday night against the Chicago Bulls.

“We want to thank Steve for everything he brought to our franchise over the past two-plus seasons,” Nets general manager Sean Marks said in a press release. “Personally, this was an immensely difficult decision; however, after much deliberation and evaluation of how the season has begun, we agreed that a change is necessary at this time.”

Nash finishes with a 94-67 record in the regular season and 7-9 in the playoffs.

He posted a tweet titled “Thank you, Brooklyn” a short time after the announcement.

“A very heartfelt thanks to (owners) Joe and Clara Tsai along with Sean Marks for giving me the opportunity to coach the Brooklyn Nets,” Nash posted. “It was an amazing experience with many challenges that I’m incredibly grateful for.”

After getting swept by the Boston Celtics in the first round of the NBA playoffs last April, the offseason was anything but quiet for the Nets. Star Kevin Durant requested a trade in late June, but then told Brooklyn owner Joe Tsai in early August that he’d consider staying if Nash and Marks were fired.

“We began this journey as colleagues, we part as friends,” Joe Tsai said in the release.

ESPN reported that suspended Boston coach Ime Udoka has emerged as the favorite to land the permanent post. A deal could be finalized in 24-48 hours and the Celtics would let Udoka leave for another job, per the report.

Nash had been thrust into the spotlight the past few days over the latest Kyrie Irving controversy. On Sunday night Irving deleted a link to the movie “Hebrews to Negroes: Wake Up Black America,” that he shared four days prior despite inclusion of antisemitic tropes. The film traces the theory that Jews claimed the religion and identity of the original Israelites, which prompted the enslavement of Africans then brought to America.

“I just hope that we all go through this together,” Nash said Monday night, after the Nets notched their second win of the season.

Last season, Irving missed the majority of home games in Brooklyn because he refused the COVID-19 vaccine.

Nash also dealt with the trading of James Harden to Philadelphia last season in exchange for Ben Simmons, who didn’t play at all in 2021-2022.

Simmons sat Monday night and was ruled out for Tuesday night with knee soreness. – Rappler.com