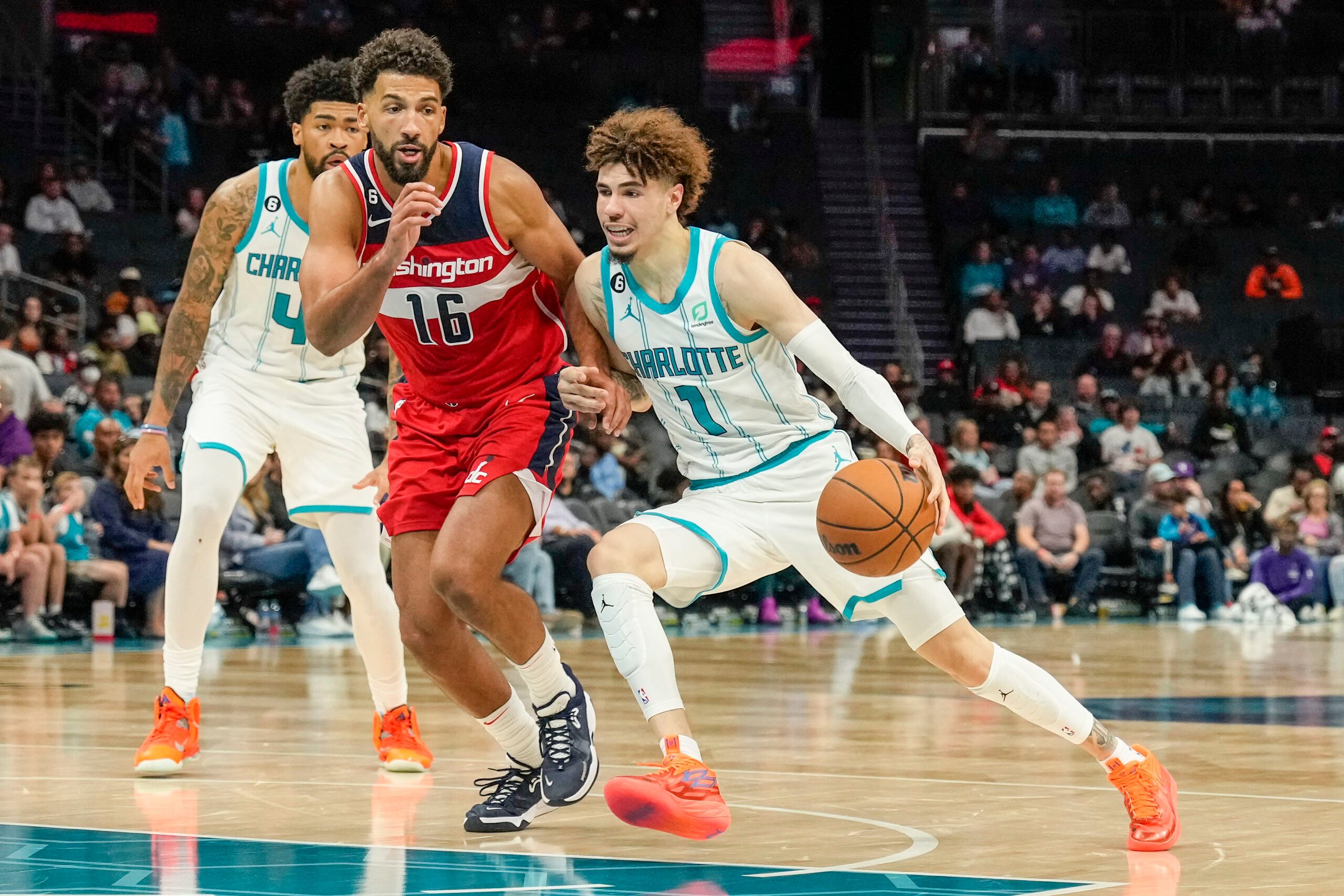 Facebook Twitter Copy URL
Copied
LaMelo Ball becomes one of three notable injuries in the Hornets-Wizards preseason duel, just a week before the NBA tips off

Ball was driving into the paint and stepped on the foot of Washington’s Anthony Gill. He went to the floor in pain and stayed down for several minutes, but he managed to stay in the game to take two free throws before walking off the court under his own power.

The Hornets did not have a further update about Ball, who averaged 20.1 points, 7.6 assists, and 6.7 rebounds last season.

Ball’s was one of three notable injuries in the game. Charlotte center Mason Plumlee suffered a left foot sprain.

On the Wizards’ end, forward Kristaps Porzingis went down with 1:03 left in the first half after making a basket in the paint. He was diagnosed with a sprained left ankle as well, but Wizards coach Wes Unseld Jr. described it as “just a quick ankle twist” and “nothing severe” after the game.

The Hornets begin the regular season October 19 at the San Antonio Spurs. The Wizards open their season the same night at the Indiana Pacers.

Here’s the play where LaMelo Ball sprained his left ankle vs. the Wizards:pic.twitter.com/MRpRU5bqNU