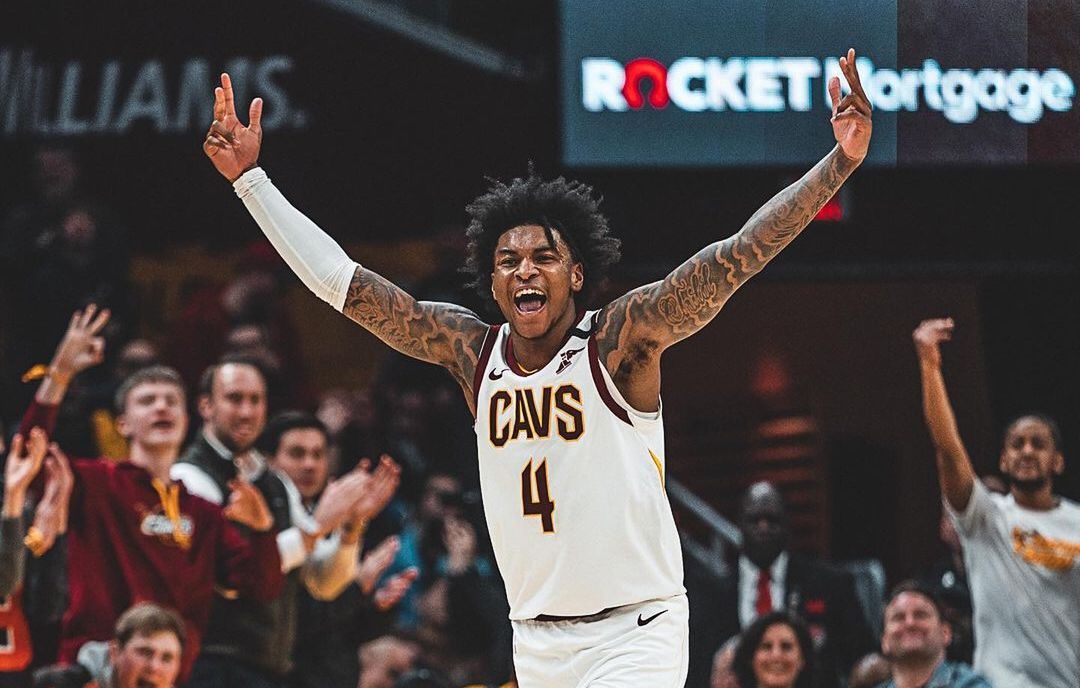 SIT OUT. Kevin Porter Jr has not played this season as he deals with what the Cavaliers have termed as personal issues.

Facebook Twitter Copy URL
Copied
Kevin Porter Jr reportedly yelled and threw food in the locker room when he saw his locker had been moved by the Cavaliers, who recently acquired new players

The Cleveland Cavaliers will part ways with guard Kevin Porter Jr either via trade or release after a tirade in the locker room, multiple reports said Monday, January 18.

He has not played this season as he deals with what the team has termed as personal issues.

Porter practiced on Thursday and joined the team on the bench Friday for the Cavs’ 106-103 win over the New York Knicks.

But that day, according to The Athletic, Porter also began yelling and throwing food in the locker room when he saw his locker had been moved after his was issued to Taurean Prince, acquired in the four-team trade that sent James Harden to the Brooklyn Nets last week.

His outburst continued even after general manager Koby Altman entered the locker room and spoke to him.

Porter was arrested in November after a one-car accident in which he flipped his Mercedes SUV and was charged with improper handling of a firearm in a motor vehicle, failure to control the vehicle, and misdemeanor possession of marijuana.

The felony gun charge was dropped after a grand jury in Mahoning County, Ohio decided not to indict him. The misdemeanor charge of marijuana possession was dropped in December, but Porter admitted fault on the failure to control his vehicle charge.

Porter played 21 games in college at Southern California, where coach Andy Enfield suspended him for two weeks for his off-court behavior. – Rappler.com