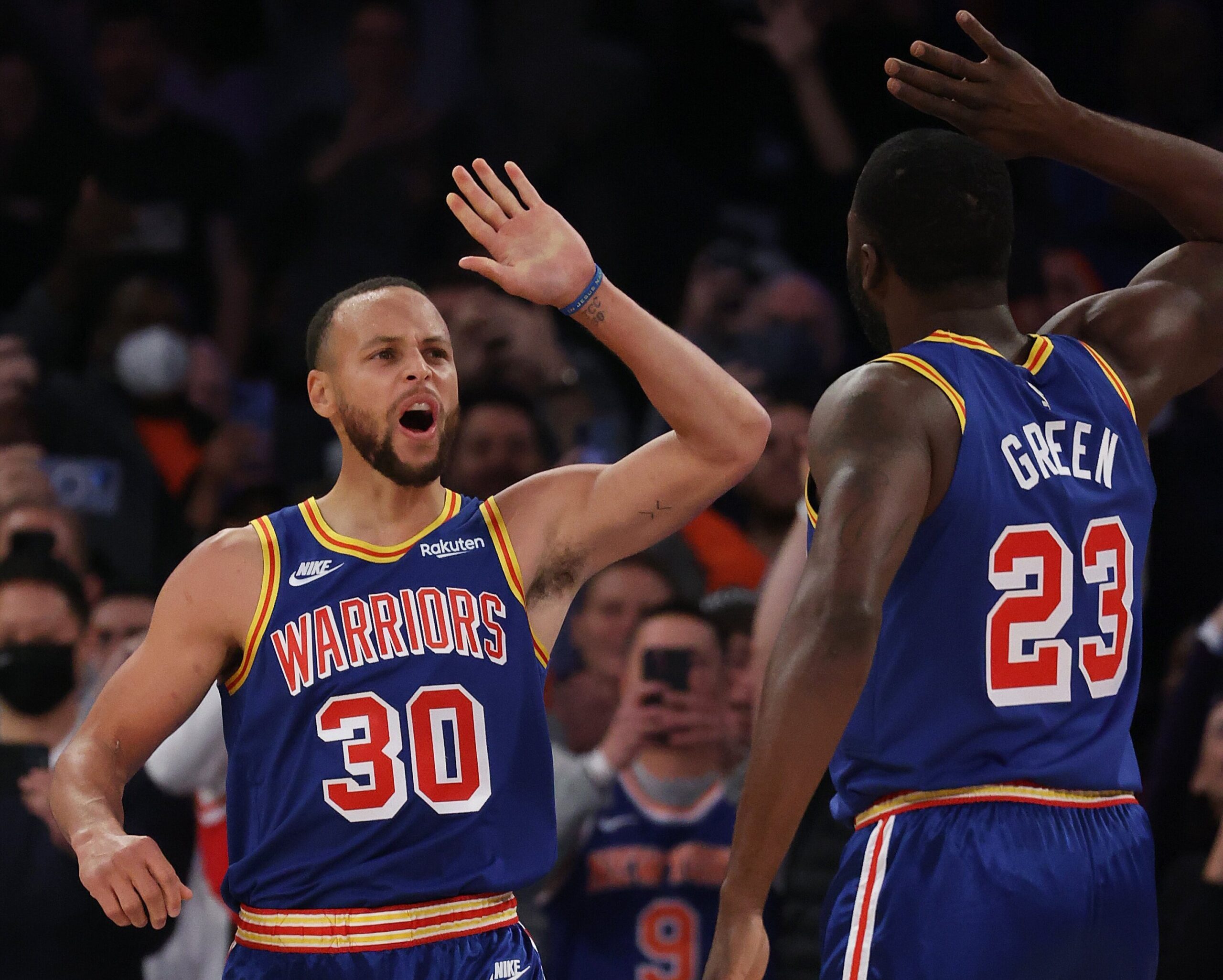 Draymond Green and Stephen Curry have been teammates for 10 seasons. They’ve led the Golden State Warriors to four championships and six Finals appearances over that decade, establishing a new NBA dynasty that continues to reign supreme.

But Green’s favorite moment from his longtime teammate didn’t come as the Warriors first cemented themselves as annual championship contenders in the mid-2010s, or even as Curry – becoming the first unanimous regular-season MVP ever – broke basketball while driving Golden State to 73 wins.

What Green will always remember about Curry first and foremost is his epic Game 4 in the 2022 NBA Finals, when he willed the Warriors to a series-tying victory at TD Garden with 43 points.

“My all-time favorite Steph moment was Game 4 of this year’s Finals,” Green said on the latest edition of The Draymond Green Show. “You saw something different. You saw that he wasn’t going to allow us to lose. Like, you just… it was different. So I gotta pick that moment. I feel like that was the biggest moment in Steph’s career. He lived up to the hype. Delivered.”

Golden State was quick to opt against ranking its championships during the Curry era after taking down the Boston Celtics in June.

But to a man, the principles who’ve been around for the duration of the Warriors’ dynasty admitted their fourth title was at least more gratifying than the previous two, won amid doubts and under duress of missing the playoffs in 2020 and 2021.

Needless to say, those circumstances were much different than when they were Larry O’Brien Trophy shoo-ins with Kevin Durant in the fold.

That context no doubt plays a part in Green’s special affinity for Curry’s instant-classic performance with his team’s back against the wall. It also served as a forceful reminder of not only how much Curry has left in the tank at 34, but how much he’s improved in certain areas during the back half of his career – to the extent that Green believes Golden State will “win three of the next four championships.”

Perhaps that’s an overly optimistic assessment of the Warriors’ title viability going forward. If not, it’s safe to say Green will have a frontrow seat to many, many more unforgettable Curry moments that could be his new favorite. – Rappler.com