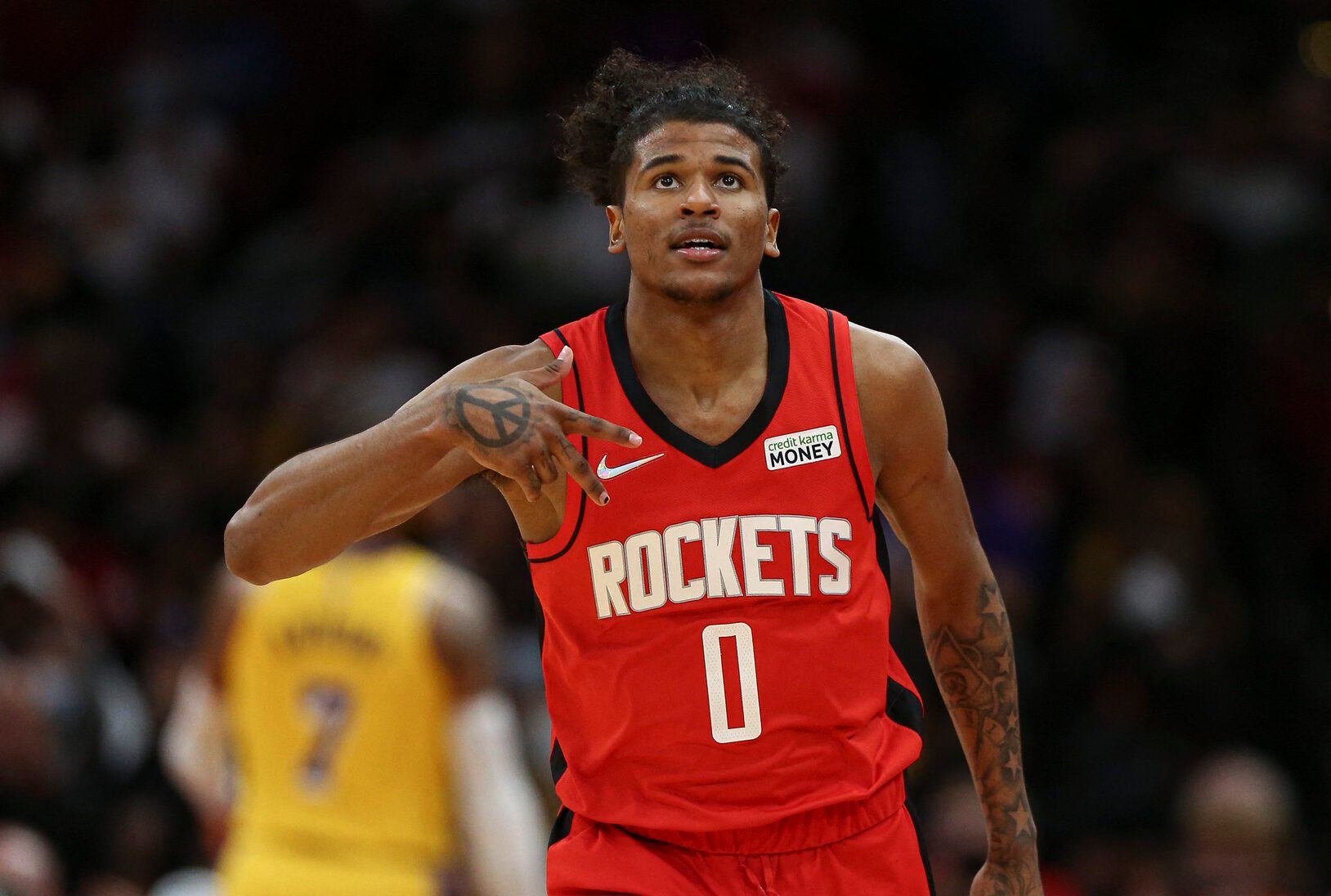 Facebook Twitter Copy URL
Copied
High-flying rookie Jalen Green continues to adapt to the NBA pace, and shows a preview of stardom with a career-high outing against the Lakers

MANILA, Philippines – Houston Rockets top rookie Jalen Green has flown under the radar for much of the regular season, but he finally got fans talking about him again after erupting for a career-high 32 points in a stunning 139-130 overtime win against the Los Angeles Lakers.

With the Lakers desperately hanging on to their playoff hopes at the tail end of the season, the rebuilding Rockets, led by Green, swooped in to notch just their third win in the last 20 games, and sent LA further down its problematic spiral.

Meanwhile, Green celebrated his personal milestone with his teammates after carrying them to the win, despite not having starters Christian Wood and Jae’Sean Tate along for the ride. The 20-year-old high-flyer, who traces his roots to Ilocos Sur, completely took over in overtime, and scored 10 of the Rockets’ 19 points in the extra period.

Green admitted that he just focused on attacking 37-year-old Carmelo Anthony, a lackluster defender even in his prime, and clearly, the simple plan paid dividends.

Counting this 32-point outing, the 6-foot-4 guard scored at least 20 points in seven of his last nine games, and finished with double-digit scoring in his last 18 appearances. So far in March, he is averaging 23.5 points on 53% shooting and 38% from three.

This was a far cry from Green’s first 18 career games, where he had seven single-digit scoring outings, and averaged just 14.0 points on a 38% clip and 28% from deep despite playing at least 31 minutes a night.

With the Rockets owning the second-worst record in the league at 17-49, this is the perfect time for Green and other Rockets youngsters like Kevin Porter Jr. and Alperen Sengun to keep learning the game at an NBA-level pace.

Head coach Stephen Silas is obviously aware of this late bloom from his prized rookie, and he’s hoping the rest of his team continues to work hard for daily improvements.

“It means a lot. It means that they’re learning the importance of the work, sticking with it, fighting through the hard times, and finding success at the end of the rainbow when the lights are the brightest,” he said. – Rappler.com