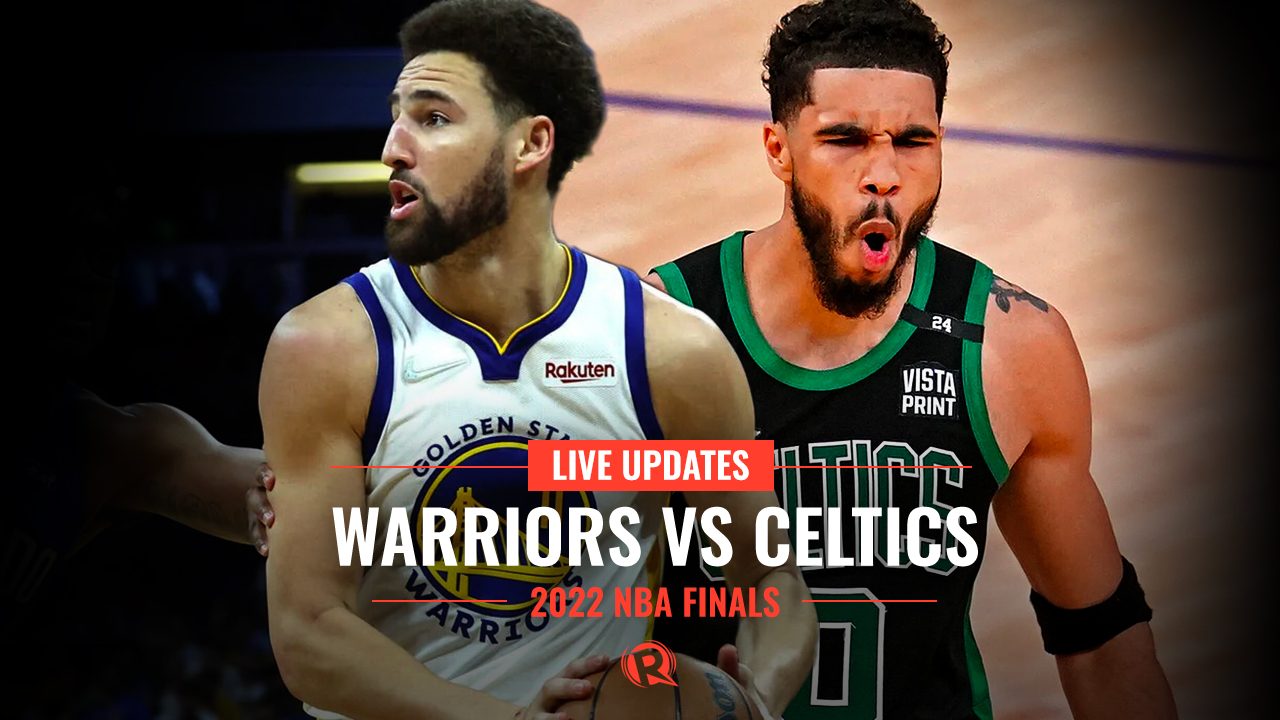 Finals MVP Steph Curry pumped in 34 points, 18 coming from beyond the arc, on top of 7 rebounds and 7 assists as the Warriors claimed their fourth title in eight seasons.

Curry, Klay Thompson, Jordan Poole, and Andrew Wiggins fueled the early run, which put the Warriors ahead by as many as 21 points, 54-33, in the first half on the way to taking the series, 4-2, on the road in Boston.

The Celtics staged several spurts, closing in within eight, 86-78, in the fourth quarter after trailing by as many as 22 points, 72-50, but the Warriors always managed to put up a clutch response.

Jaylen Brown led the Celtics with 34 points and 7 rebounds.

One win away from recapturing old glory.

After taking down the Boston Celtics in Game 5 of the 2022 NBA Finals, the Golden State Warriors look to finish the series and bring the Larry O’ Brien Trophy back to the Bay Area when both teams clash once again in Game 6 on Thursday, June 16 (Friday, June 17, Manila time).

Although the series is shifting back to the TD Garden in Boston for Game 6, momentum is clearly on the side of the Warriors as they have won the last two games with a margin of 10 points.

With the Warriors on the cusp of their first NBA title since 2018 and their fourth in the past eight seasons, look for Steph Curry, who is expected to become the Finals MVP if Golden State wins the series, to regain his fiery form and bounce back from his cold shooting night in Game 5, where he went 0-of-9 from three-point land.

Aside from Curry, count on Andrew Wiggins to deliver the goods anew for the Warriors on both ends as he has been averaging 21.5 points and 14.5 rebounds in their last two outings.

Moreover, expect Klay Thompson, who has earned the nickname “Game 6 Klay”, to also make his presence felt and unleash his killer instinct as he has yet to shoot the lights out from beyond the arc all series long.

On the other side, with Boston now on the brink of elimination, Jayson Tatum and Jaylen Brown must find their old scoring touches and come up big for the Celtics in Game 6.

After combining for just 44 points in Game 4, the two-high scoring wingmen once again combined for only 45 points in Game 5, with Tatum scoring 27 points and Brown finishing with 18 markers.

Marcus Smart, Al Horford, and the rest of the Celtics bench must also step up and come alive as they hope to force a do-or-die Game 7 on the road.