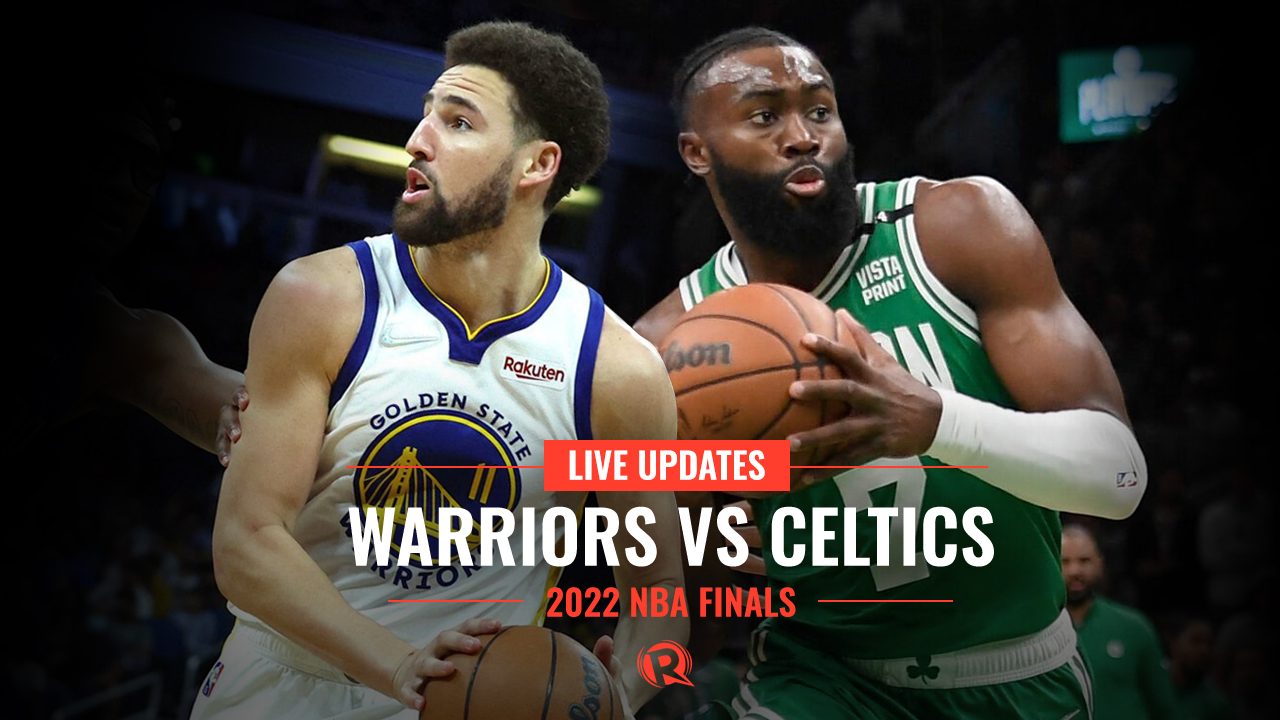 Facebook Twitter Copy URL
Copied
The Warriors seek to recapture their old glory, while the Celtics shoot for their first NBA title since 2008

Al Horford, the league veteran playing in his first finals, took over late to finish with 26 points as Jaylen Brown also came through the Celtics’ decisive rally and added 24 points.

Steph Curry dropped a game-high 34 points for the Warriors, who were outscored by the Celtics, 40-16, in the final quarter.

(READ: ‘I’ve been waiting for this moment’: Horford sensational in Finals debut)

After emerging victorious in their respective conference finals showdowns, the Golden State Warriors and the Boston Celtics now set their sights on Game 1 of their best-of-seven NBA Finals series on Thursday, June 2 (Friday, June 3, Manila time).

The Warriors, bannered by Steph Curry, Klay Thompson, and Andrew Wiggins, are coming off an easy 4-1 series win over the Dallas Mavericks, and will look to carry their dominance into the league’s biggest stage against the Celtics.

Expect Curry, who is averaging 25.9 points on 38% shooting from beyond the arc in this year’s playoffs, to lead the way for the Warriors as they seek to recapture their old glory and win their fourth NBA title in eight seasons.

Meanwhile, count on Thompson, Wiggins, as well as Draymond Green, to help Curry carry the Warriors’ scoring load, and to contain the Celtics’ high-scoring duo of Jayson Tatum and Jaylen Brown.

The Celtics, who dispatched the Miami Heat in a grueling seven-game series, aim to bring the elusive Larry O’ Brien Trophy back to Boston for the first time since 2008 for a record-setting 18th NBA championship.

Tatum and Brown, who averaged 27 and 22.9 points, respectively, in the playoffs, hope to continue their stellar play and do heavy lifting offensively as they face a more experienced Warriors squad.

Boston will also need its defensive-minded guard Marcus Smart to put the clamps on Curry, as well as the veteran presence of big man Al Horford, who has been crucial for the Celtics this postseason.