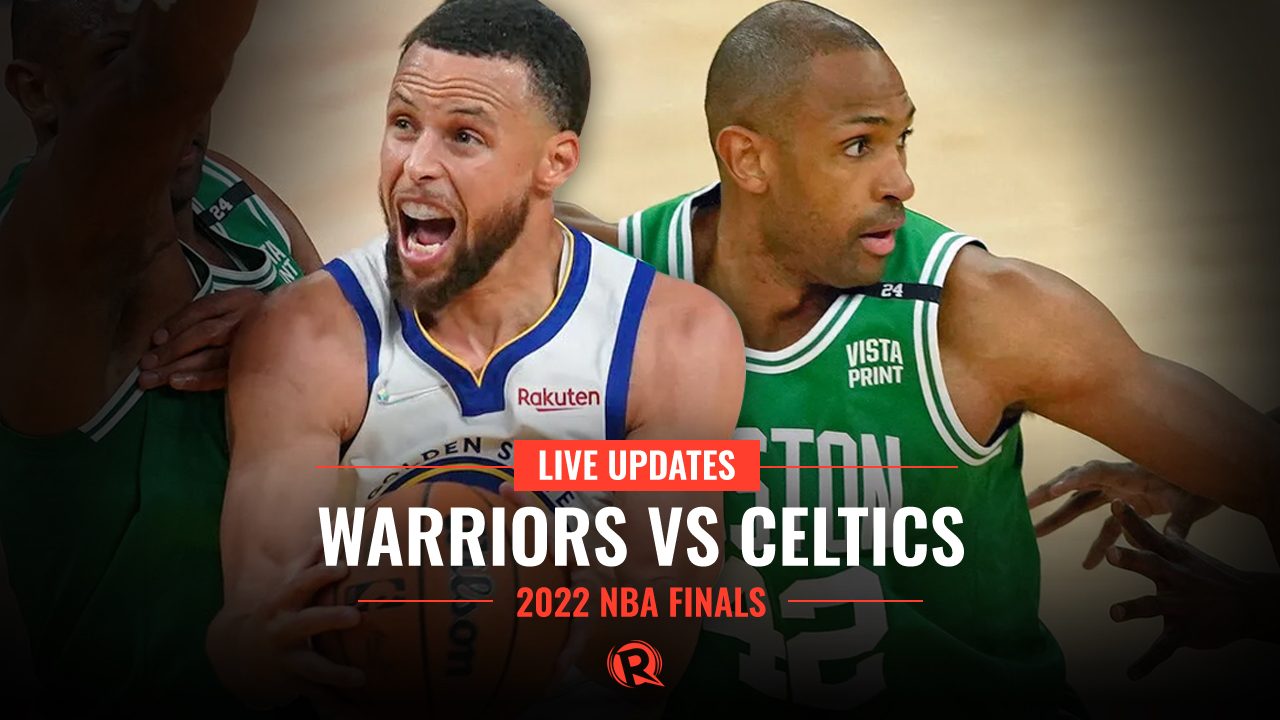 Facebook Twitter Copy URL
Copied
The Celtics look to steal another win on the road, while the Warriors aim to regroup and equalize the series at 1-1

The Golden State Warriors gave the Boston Celtics a 107-88 beating to level the best-of-seven NBA Finals at one game apiece.

Steph Curry churned out 29 points, 6 rebounds, 4 assists and 3 steals as the Warriors rode on a big third-quarter performance to redeem themselves from their collapse in Game 1.

The Celtics trailed by just a single possession at halftime before Golden State outscored Boston 35-14 in the third period en route to the 19-point victory.

(READ: Warriors even NBA Finals with smooth win vs Celtics)

Fresh off a huge come-from-behind win against the heavily favored Golden State Warriors in the 2022 NBA Finals opener, the Boston Celtics look to steal another one on the road as both teams face off for Game 2 on Sunday, June 5 (Monday, June 6, Manila time).

The Celtics defied the odds in Game 1 and unleashed a late-game comeback, thanks to the red-hot shooting of veteran big man Al Horford and all-around efforts from Jaylen Brown.

In his first ever NBA Finals game, the 36-year-old Horford dropped a team-high 26 points on a very efficient 6-of-8 clip from deep, while Brown finished with 24 points, 7 rebounds, and 5 assists.

Look for Horford and Brown to sustain their fiery form in Game 2, as well as a much-better showing from Celtics superstar Jayson Tatum, who only scored 12 points on 3-of-17 shooting.

Meanwhile, for the Warriors, two-time league MVP Steph Curry, who exploded for 34 points in Game 1, hopes to translate his high-scoring performance into a victory as they cannot afford to waste their home-court advantage and head into Boston down 0-2.

The Warriors also need more contributions from the likes of Klay Thompson and Andrew Wiggins as they only combined for 35 points in their stunning Game 1 loss.