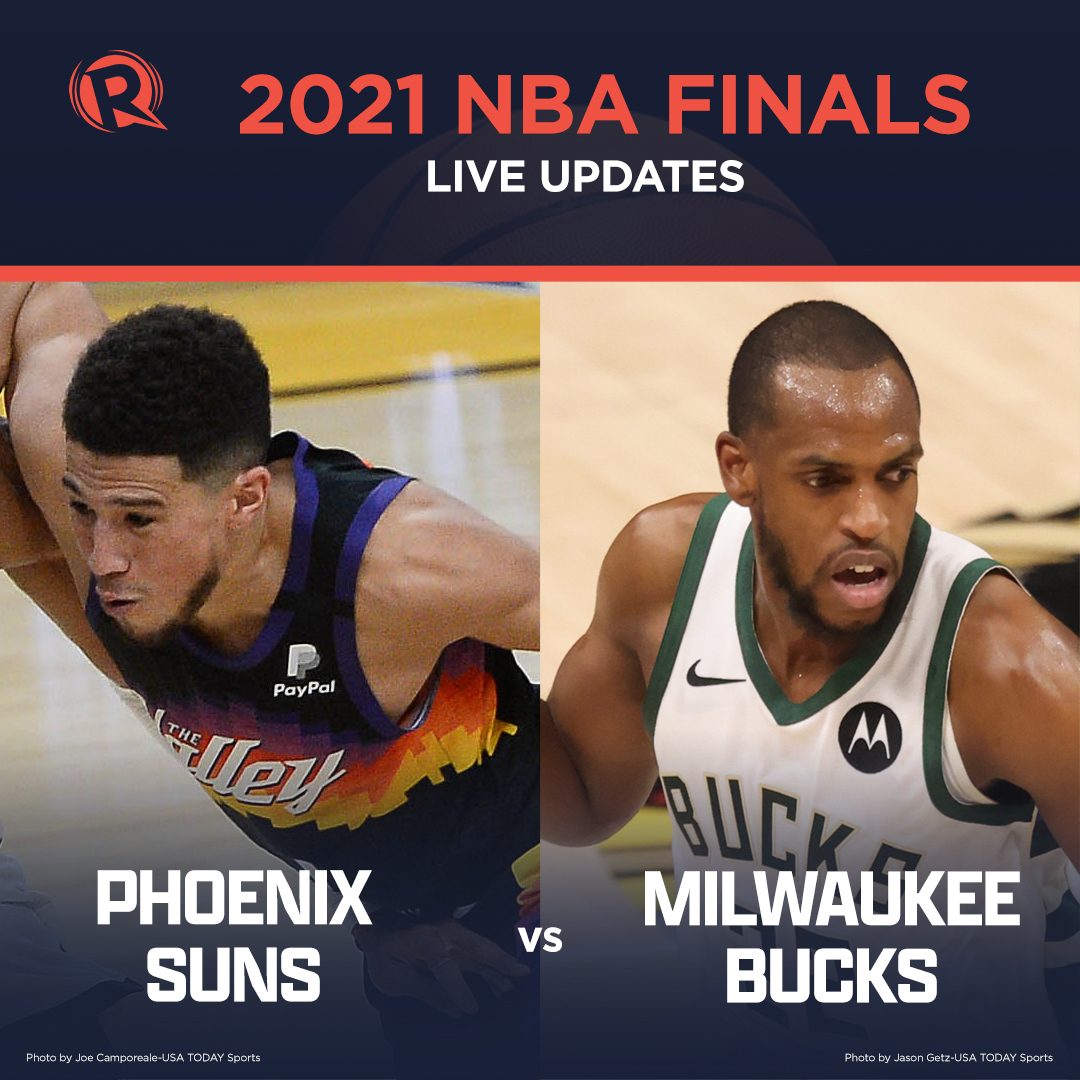 Back to square one.

With the thrilling best-of-seven series tied at 2-2, the Milwaukee Bucks and the Phoenix Suns vie for a pivotal 3-2 lead when they face off in Game 5 of the 2021 NBA Finals on Saturday, July 17 (Sunday, July 18, Manila time).

The Bucks, who are coming off a gutsy 109-103 Game 4 win, aim to capitalize on their winning momentum and steal a victory over the Suns on the road.

(READ: Bucks edge Suns in Game 5 to move on cusp of NBA crown)

Bucks guard Khris Middleton, who erupted for 40 points in Game 4, will look to sustain his fiery form, while two-time NBA MVP Giannis Antetokounmpo hopes to put on another monster performance after finishing with 26 points, 14 rebounds, and 8 assists in the previous contest.

The Suns, meanwhile, seek to recover from their two consecutive losses in Milwaukee and protect their home floor, where they have dominated the Bucks in the first two games of the series.

Suns superstar Devin Booker will look to translate his 42-point Game 4 performance into a victory, while veteran point guard Chris Paul eyes to bounce back from his horrific 10-point Game 4 outing.