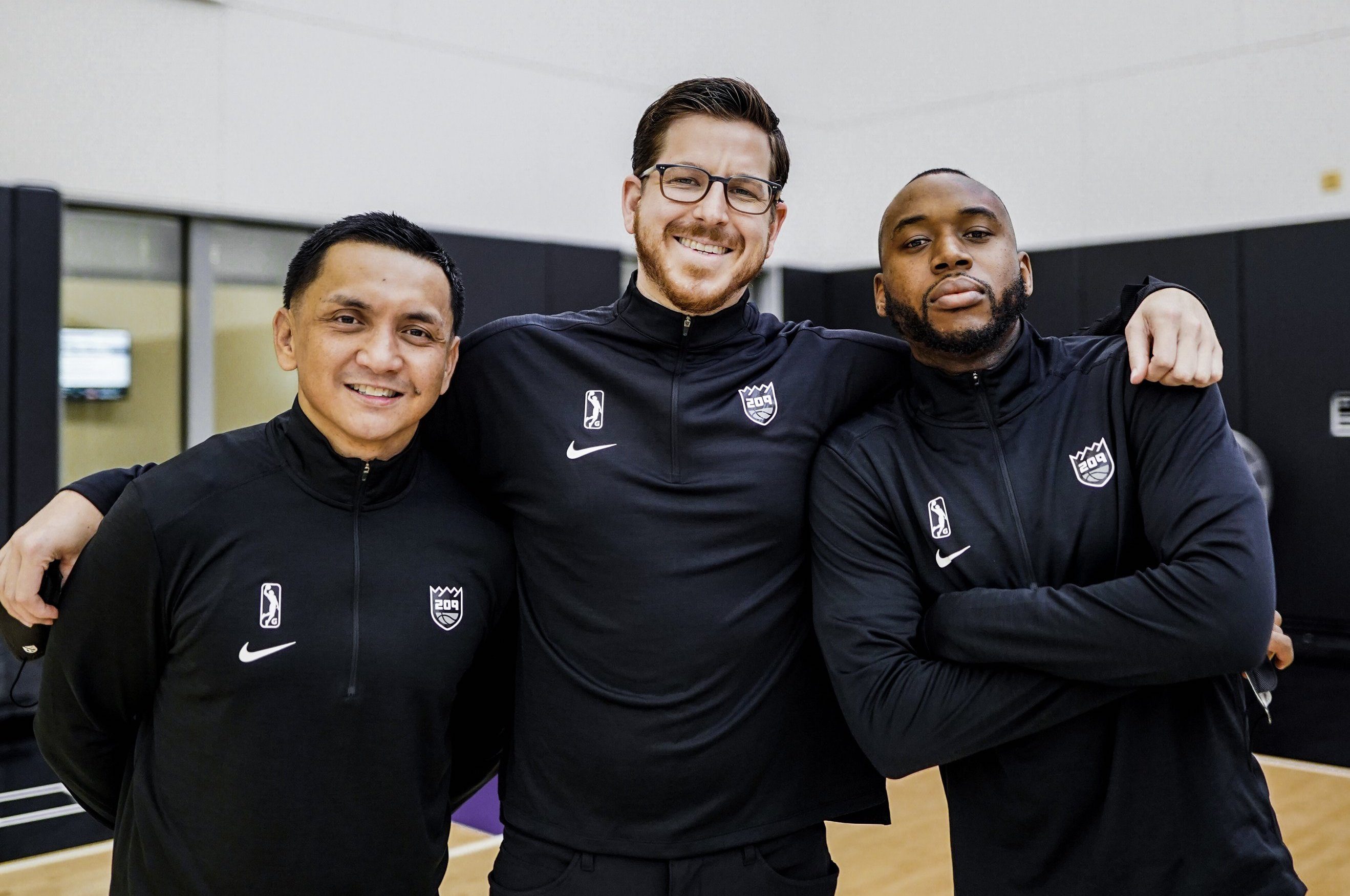 A part of the Sacramento Kings’ NBA Summer League championship-winning group in August, Alapag joined Stockton as one of the three deputies of new head coach Bobby Jackson.

The former Gilas Pilipinas captain and his family decided to move to the United States in the middle of the pandemic as he chased his dream of coaching in the NBA.

Already a member of the Kings’ Summer League crew two years ago, Alapag reunited with Sacramento and eventually got offered an assistant coaching post for its G League affiliate.

Despite his impressive body of work, including playing in the 2014 FIBA World Cup and guiding Alab Pilipinas to the 2018 ASEAN Basketball League title, Alapag said he needed to establish trust between him and his players.

After all, Alapag admitted he “did not look the part” as a 5-foot-10 guard in a game ruled by giants.

“I know that I’ve been around the game for a long time and I do know what I’m talking about,” the 43-year-old told the Off the Record with Migs and Cesca podcast in August.

“I think the players understand that I’m there to help them in any way that I can,” Alapag added. “I want them to continue growing as players and I want them to be successful.”

Louis King showed the way in the Kings’ rout, churning out 33 points on an ultra-efficient 11-of-13 clip on top of 7 rebounds and 4 steals.

The Warriors remained in shouting distance through three quarters and trailed by 11 points, 78-89, until the Kings pulled away by outscoring their foes, 33-19, in the final salvo.

King unloaded 8 points – highlighted by back-to-back triples – in a 13-2 run that opened a 113-92 lead with four minutes left in the game.

Jeff Dowtin put up 33 points, 7 rebounds, and 4 assists for the Warriors.

The Kings will shoot for a 2-0 start against the same Warriors squad on Sunday, November 7 (Manila time). – Rappler.com