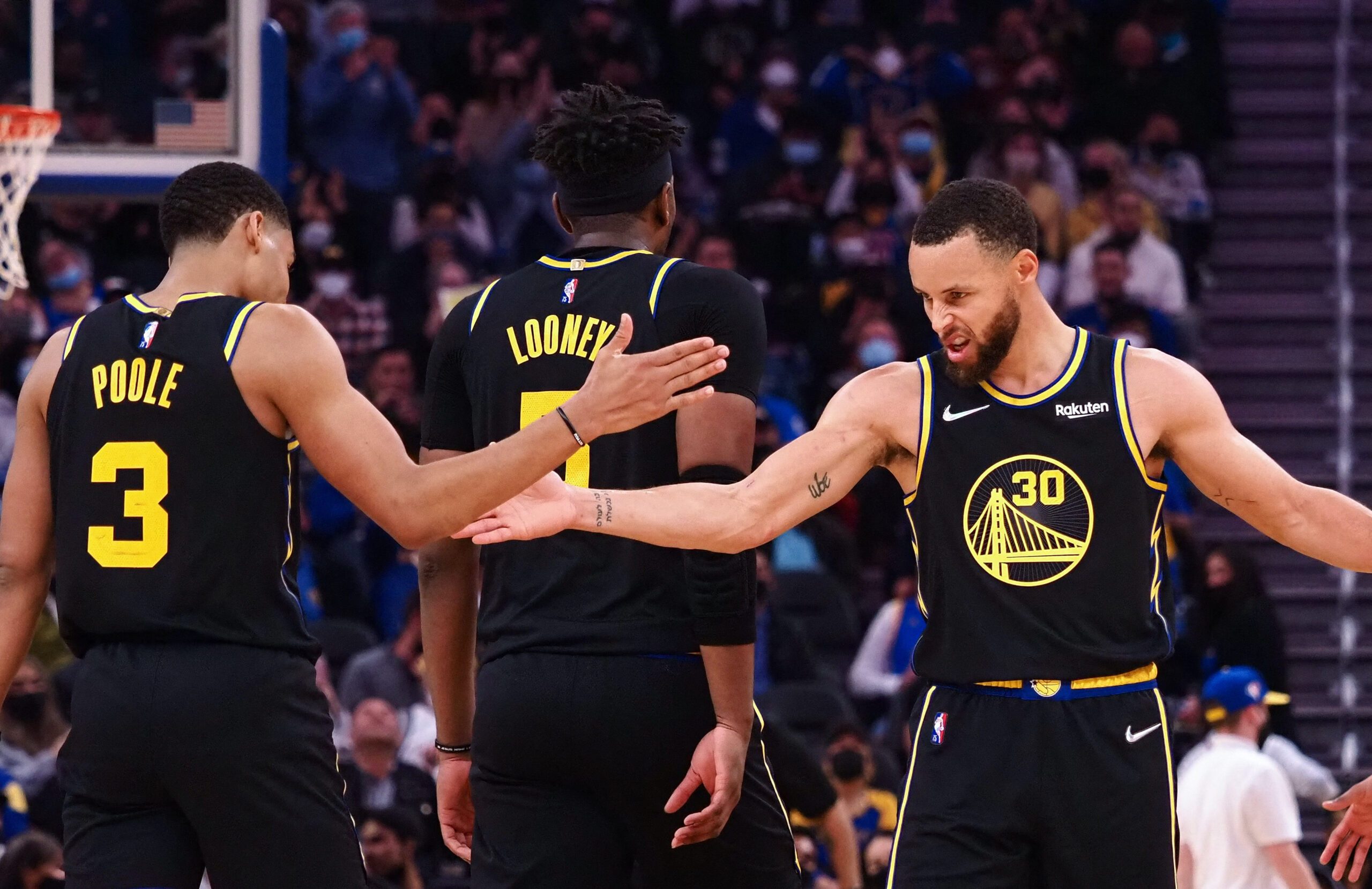 SHOOTING SLUMP. Steph Curry continues to struggle from beyond the arc despite the Warriors blowing out the Mavericks.

Facebook Twitter Copy URL
Copied
After narrow wins over the Rockets and the Jazz in their last two games, the Warriors demolish the Mavericks by 38 points

Jonathan Kuminga led a balanced attack with 22 points off the bench as the Golden State Warriors found their offensive form in a 130-92 thrashing of the Dallas Mavericks in San Francisco on Tuesday, January 25 (Wednesday, January 26, Manila time).

Dallas took more than just its second loss in its last three games, however. Key reserve Tim Hardaway Jr. broke a bone in his left foot on a drive to the hoop midway through the second quarter.

The Warriors led 40-35 at the time, having overcome a 9-2 deficit with a 27-11 run to end the first quarter, then expanded the margin as Klay Thompson nailed consecutive three-pointers.

After struggling to a pair of two-point victories over the Houston Rockets and Utah Jazz in their last two home starts, the Warriors took a 63-51 lead at halftime on Tuesday and gradually pulled away, eventually leading by as many as 39 in the fourth period.

Kuminga’s 22 points came on 8-for-9 shooting in just 18 minutes as the Warriors put up their second-largest point total of the season against a Dallas team that had held 10 of its last 14 opponents under 100 points.

Stephen Curry, who had shot just 11-for-41 overall and 5-for-26 on three-pointers in his previous two games, struggled once again from beyond the arc, going 2-for-10. However, he made 5 of his 6 attempts from inside the arc, finishing 7-for-16 overall on an 18-point night.

Curry also found time for 9 rebounds and a game-high 7 assists.

Thompson, who had been questionable for the game after missing Sunday’s win over the Jazz with pain in his surgically repaired left knee, connected on 3 of his 5 three-point attempts en route to 15 points. The Warriors outscored the Mavericks 51-30 on three-pointers.

Nemanja Bjelica posted 10 points and 10 rebounds for the Warriors, while fellow reserve Jordan Poole chipped in with 17 points, Andrew Wiggins had 14, and Otto Porter Jr. 12.

Golden State, which had been held under 100 points in six of its previous 11 games, shot 53.3% from the field, ending the Mavericks’ 24-game run of holding foes below 50%.

Luka Doncic went for a game-high 25 points to complement a team-high 8 rebounds for the Mavericks, who shot just 35.2%.