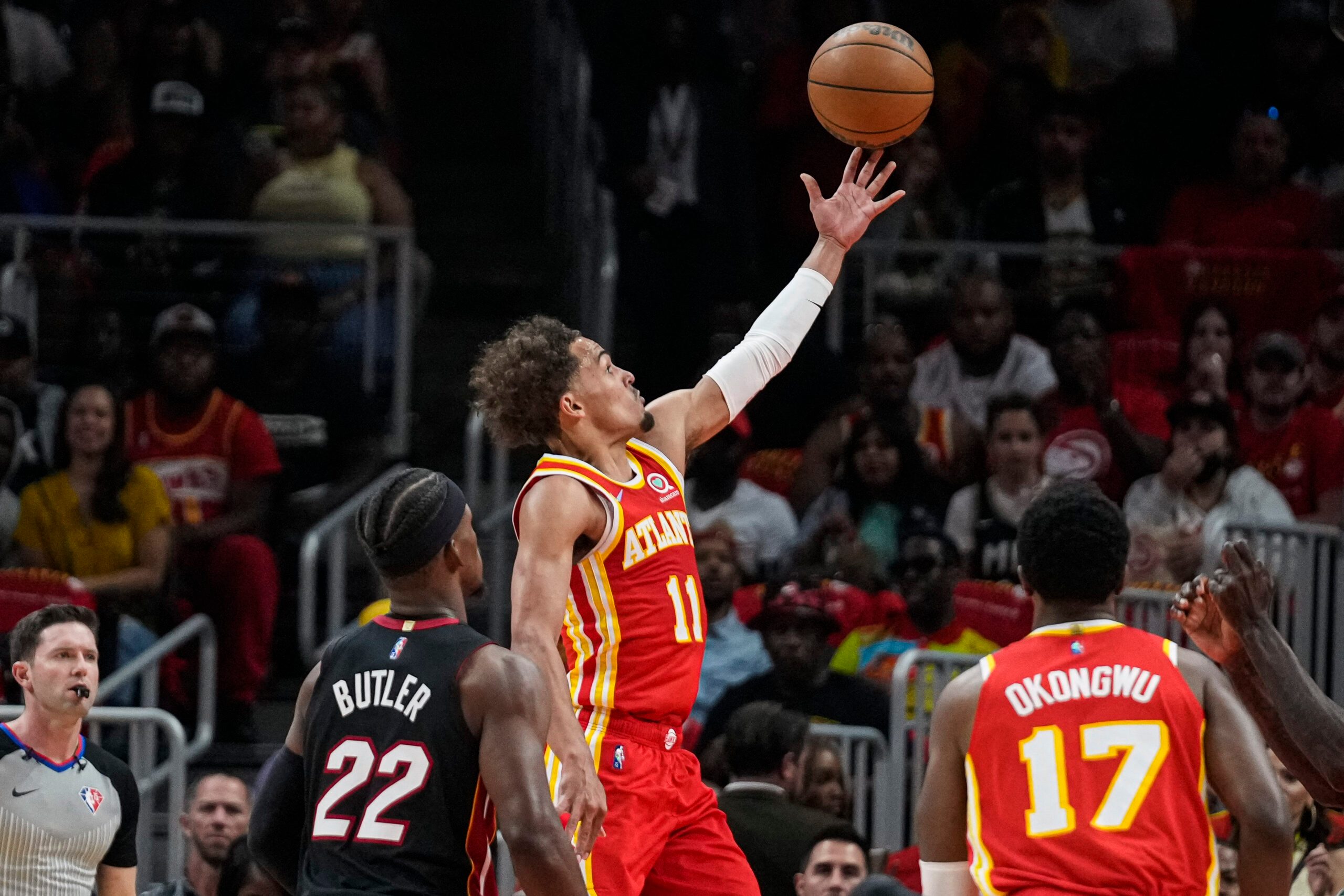 Facebook Twitter Copy URL
Copied
The Hawks climb out of a double-digit hole to pull off a one-point escape over the No. 1 Heat and cut their series deficit to 2-1

Trae Young made a go-ahead runner in the lane over Jimmy Butler with 4.4 seconds left as the host Atlanta Hawks defeated the Miami Heat, 111-110, to cut their deficit in their first-round Eastern Conference playoff series to 2-1.

The eighth-seeded Hawks, who are 21-3 at home since January 17, will aim to level the series against the top-seeded Heat in Game 4 on Sunday in Atlanta.

Young finished with 24 points and 8 assists. He made 6-of-14 shots, including 2 of 6 from three-point range.

Miami’s Jimmy Butler, who scored 45 points in Game 2 on Tuesday, finished with 20 points, 10 rebounds, and 8 assists on Friday. However, he missed two key shots in the final 13 seconds. The first one led to Young’s runner in transition, and the second miss was the game’s final shot.

Both of Butler’s misses came off the front rim.

Tyler Herro led the Heat with 24 points, including 12 in the second quarter. Max Strus added 20 points for Miami.

Bogdan Bogdanovic was Atlanta’s second-leading scorer with 18 points. He also grabbed the rebound that led to Young’s winning hoop.

Miami starting point guard Kyle Lowry sat out the fourth quarter due to a lower left leg injury. He had 6 points and 5 assists in 23 minutes.

The Heat withstood a scare with 9:47 left in the first quarter as Butler stayed on the deck for a couple of minutes after crashing into Atlanta’s John Collins.

Butler, though, got up and did not miss any game time.

A suspicious package found outside Atlanta’s State Farm Arena delayed the start of the game by 55 minutes. The contents of the package were found to be nonexplosive.

Miami led 24-22 after the first quarter behind 11 points, 5 rebounds, and 2 assists from Butler.

With 7:47 left in the second quarter, the Heat called timeout as Atlanta built its biggest lead of the series to that point, 37-31.

By halftime, Atlanta was up 61-54 as Butler was held scoreless in the second quarter.

Miami surged ahead in the third, leading 85-77 by the end of the period.