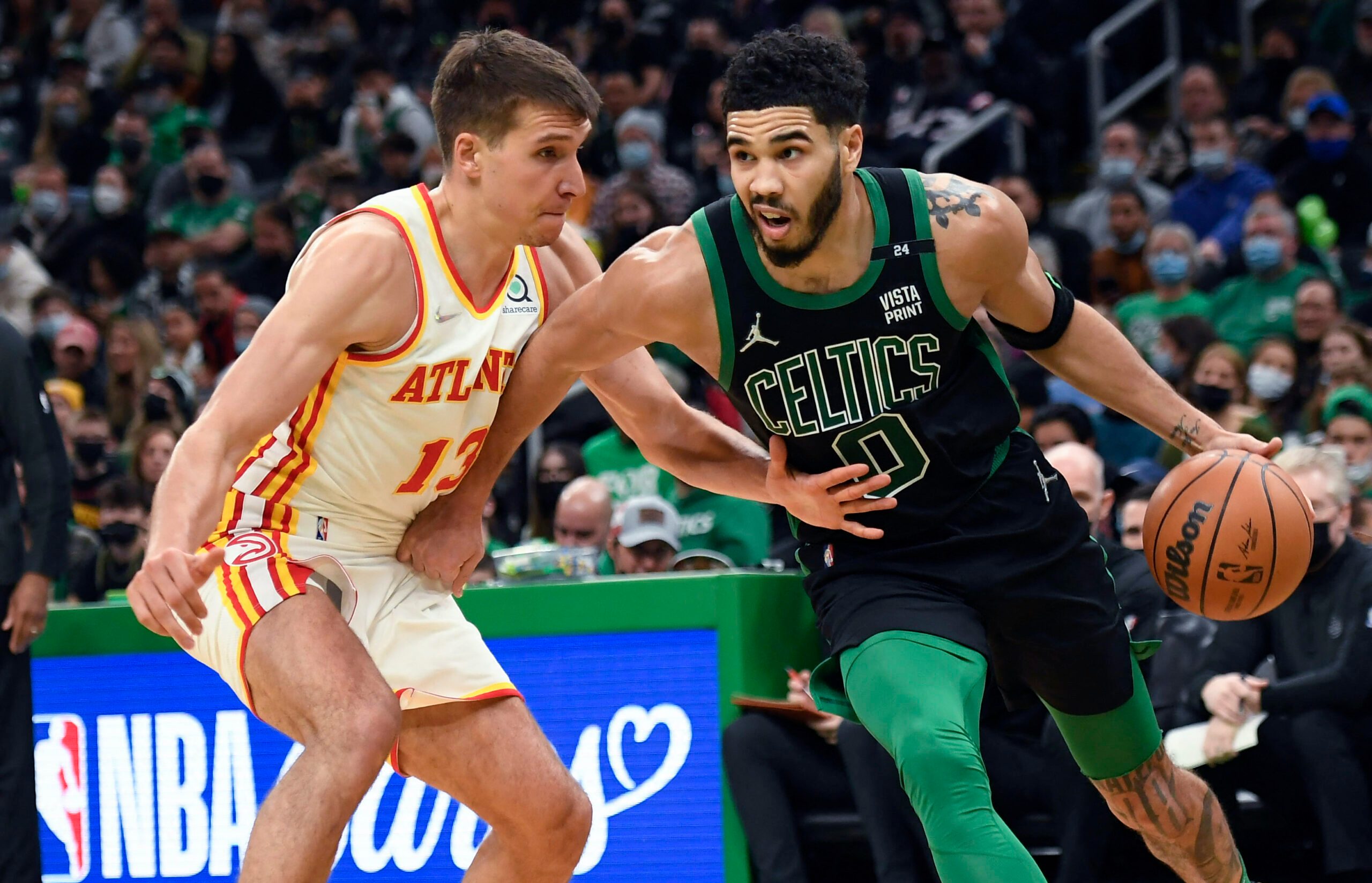 ON FIRE. Jayson Tatum drops 38 points as the Celtics remain unbeaten in more than two weeks.

Boston scored a season-high 42 points in the third quarter against Atlanta’s 23 to recover from a 10-point halftime deficit and take control of the game for good.

Jayson Tatum scored a game-high 38 points, 16 in the third quarter, and added 10 rebounds.

Point guard Trae Young had 30 points and dished out 10 assists for the Hawks, who have now lost back-to-back games and four of five. Bogdan Bogdanovic had a season-best 26 points.

After Young’s jumper opened the third quarter, Boston immediately went on a 12-0 run and tied the score at 57 on Jaylen Brown’s reverse layup and took its first lead at 62-61 on an Al Horford triple with 7:07 left.

Atlanta traded baskets to cut its deficit to 2 points three times after giving up the lead, but the hosts scored 14 of the last 21 third-quarter points to finish the stanza with an 87-78 advantage.

Tatum’s dunk with 3.2 seconds left was the exclamation point, accounting for the last 2 of his quarter-high 16 on 6-for-9 shooting.

The Hawks moved back within 5 in the fourth, but it was too little too late. Tatum hit a jumper and a three-pointer and Grant Williams added a trey to make it 97-84 with 6:09 left. Tatum later knocked down 4 free throws in the final 34.1 seconds.

Atlanta played from in front for the entire first half, building its lead to as many as 15 points after a pair of Young free throws with 1:07 left in the first quarter. Young had 15 himself in the first 12 minutes and scored or assisted on 21 of the Hawks’ first 28 points.

The Celtics were 0-of-8 from distance to start the game, but newcomer Derrick White hit the team’s first 2 triples, including one during a 7-0 stretch in the second quarter. Tatum had a team-high 13 points in the first half for Boston, which was 4-of-20 from three-point range.

Layups by Horford and Robert Williams III helped Boston move within 3 points on two separate occasions, but the visitors led by 10 at halftime with the help of a late 10-3 run. Bogdanovic had all 12 of his first-half points in the second quarter for Atlanta. – Rappler.com