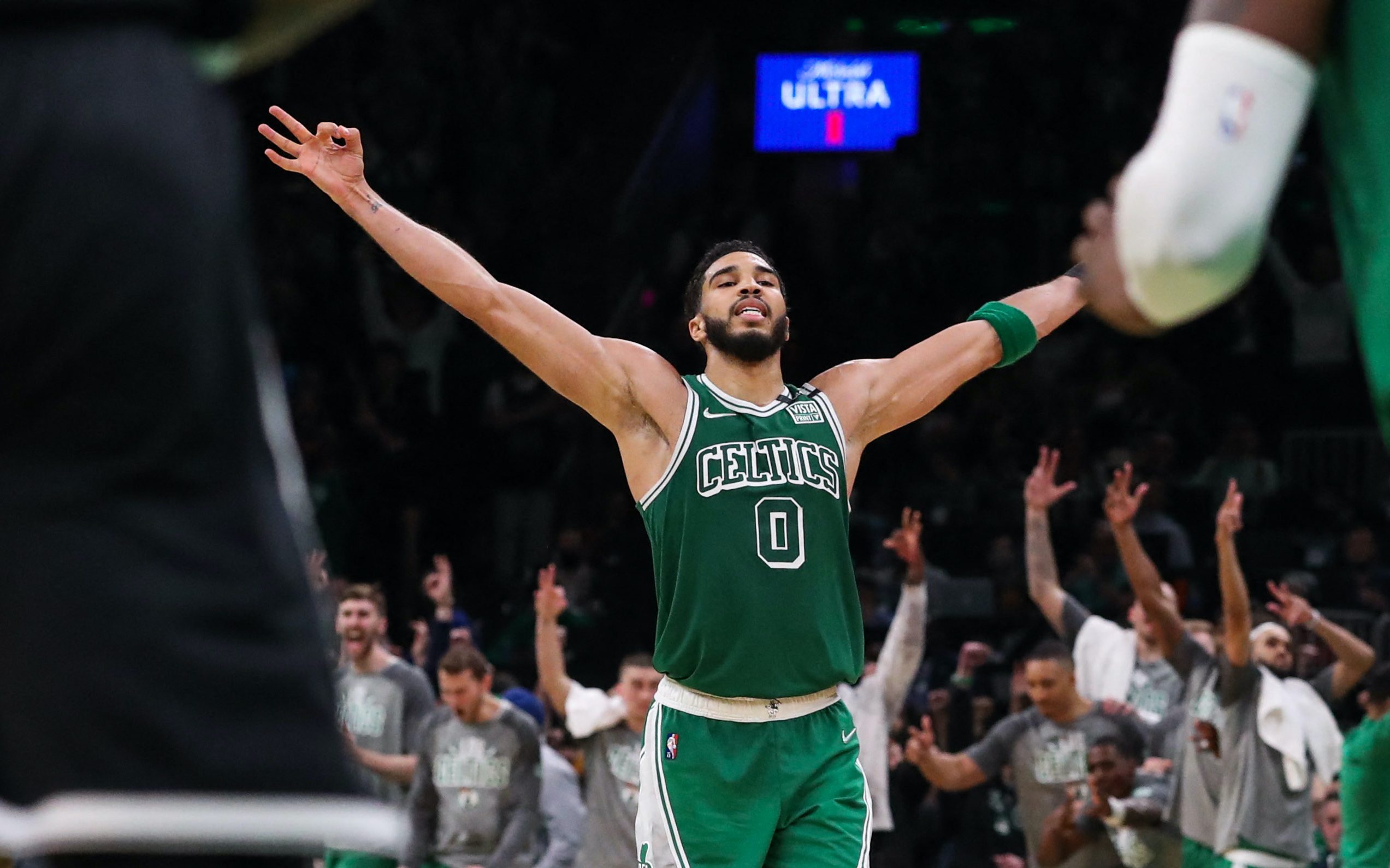 TAKE OVER. Jayson Tatum unloads 34 points in the second half as the Celtics withstand the gritty Nets.

Jayson Tatum scored a season-high 54 points and the Boston Celtics put together a late run in the fourth quarter to defeat the visiting Brooklyn Nets, 126-120, on Sunday, March 6 (Monday, March 7, Manila time).

Tatum canned 8 three-pointers on the day and scored 34 of his points in the second half. The effort lifted Boston to its third straight win in a game that featured 28 lead changes and 19 ties.

The Celtics held a 37-30 scoring edge in the final period. Eighteen of those points belonged to Tatum, including a pair of baskets in the final three minutes.

Jaylen Brown added 21 points in his return after suffering a right ankle sprain last Tuesday and missing one game. His performance included a clutch corner three-pointer that gave Boston a seven-point lead with 39.4 seconds to play.

Marcus Smart scored 14 points and added 9 assists, while Al Horford had 13 points and Robert Williams III added 10 for the Celtics.

Kevin Durant scored a team-high 37 for Brooklyn, becoming the 23rd player in NBA history to reach the 25,000-point marker in his career in the fourth quarter.

Former Celtic Kyrie Irving added 19, Bruce Brown scored 16, and LaMarcus Aldridge had 14 for the Nets, who have lost four straight.

Durant scored 12 points during a 4-for-5 start for Brooklyn, but neither team enjoyed more than a four-point cushion in the first quarter until Goran Dragic hit a pair of late free throws for a 34-29 score at the buzzer.

Tatum led all scorers with 20 first-half points, 11 of which came in the second quarter. His back-to-back three-pointers capped a quick 8-0 Boston run at the beginning of the period.

Brown’s layup with 8:34 before halftime gave the Celtics a 42-39 lead before the visitors spun the score in their favor with a 15-5 run in less than four minutes. Cam Thomas and Brown each nailed a triple to end the stretch.

The Celtics responded to the 54-47 deficit with 7 straight points on a pair of dunks and a Tatum stepback three. The game was tied twice more before Aldridge’s hook shot at the 1:07 mark gave Brooklyn its 60-58 halftime lead.

An 11-0 run late in the third quarter lifted Brooklyn to an eight-point lead and the advantage was extended to 9 on a Durant pullup with 1:19 left. Tatum’s three-pointer with 39.7 seconds left highlighted an eight-point Boston run to finish the period. – Rappler.com