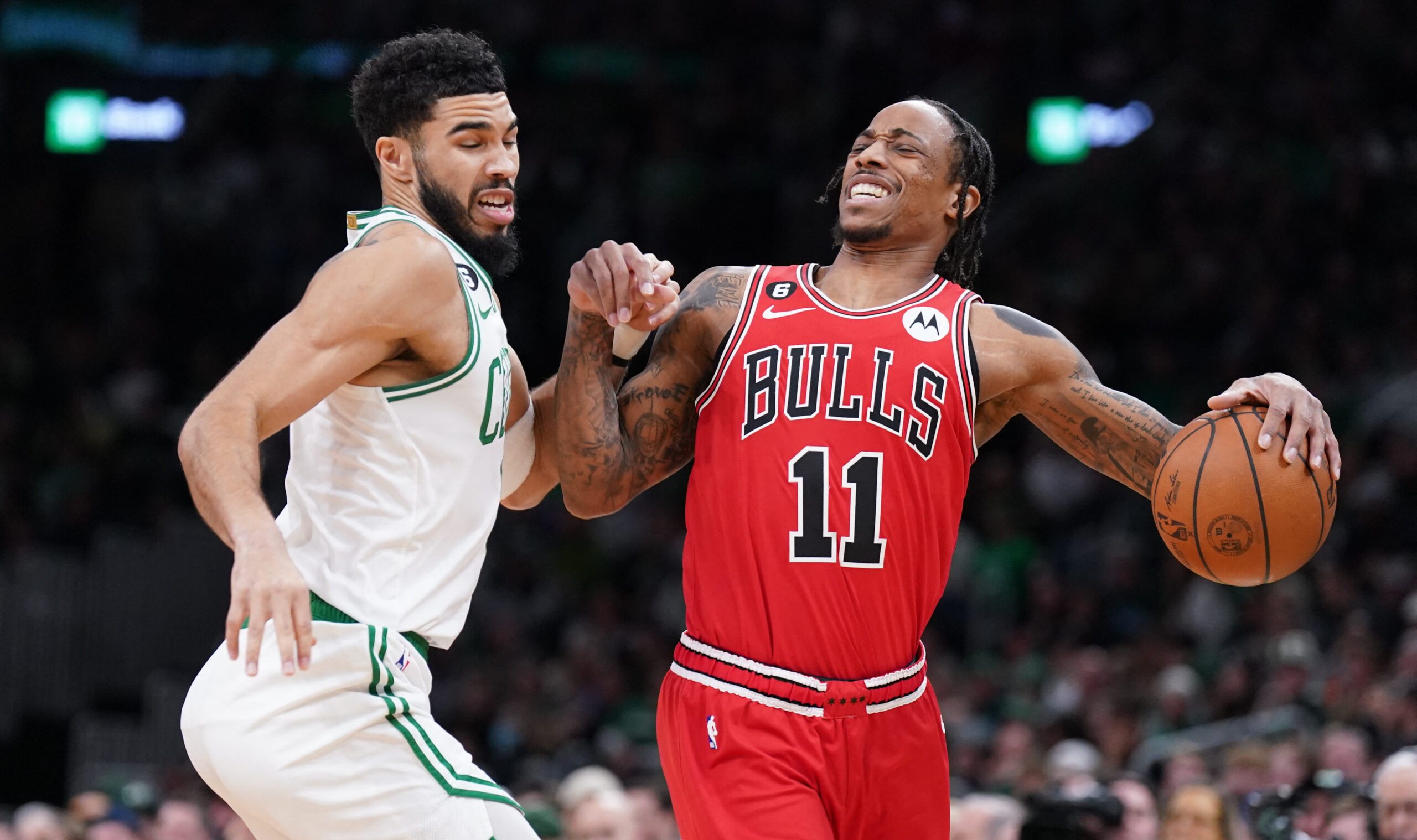 Tatum’s 21st 30-point game of the season included four 3-pointers and 11 points in the third quarter.

Grant Williams tied his career high with 20 points on 8-of-15 shooting, while Jaylen Brown scored 19 and Malcolm Brogdon added 11 in the Celtics’ third consecutive win.

Boston was unable to pull away until the final minute as Zach LaVine scored 15 of his team-leading 27 points for the Bulls in the fourth quarter. He also had 7 rebounds and 6 assists.

Nikola Vucevic had a double-double with 21 points and 13 rebounds as Chicago’s three-game win streak was snapped.

DeMar DeRozan (13 points) left in the third quarter due to a right quad strain. He initially stayed in after going down on an attempt to drive against Boston’s Al Horford but was later ruled out.

The injury took the wind out of the Bulls’ sails as a 13-2 Boston run came nearly immediately after, helping the Celtics take a 74-61 lead. Tatum scored the last nine points of the surge, hitting back-to-back triples before a timeout with 6:26 left in the frame.

Chicago had recorded the first four field goals of the quarter, climbing within a basket at 61-59 on DeRozan’s turnaround shot to end a 7-0 stretch.

Early in the fourth, Brogdon’s tip-in and Williams’ 3-pointer lifted the Celtics to an 89-75 advantage.

LaVine made 3-pointers during a pair of Chicago runs that cut into double-digit Boston leads, and another trey made it 99-97 with 2:17 left.

Horford’s corner 3-pointer and a Tatum dunk finally put the game away in the final minute.

The Boston advantage later grew to 24-15, but a 7-2 Chicago run finished the period as Drummond threw down a dunk off his own rebound to make it 28-25.

The Bulls hit four of the first five second-quarter field goals to tie the game at 33. They equalized twice more before Patrick Williams made a 3-pointer to give Chicago its first lead since 3-0 at 43-42.

The Celtics concluded the opening half on a 17-7 run that included consecutive Derrick White baskets. His bank shot with 3.2 seconds left upped the halftime lead to 59-50. – Rappler.com