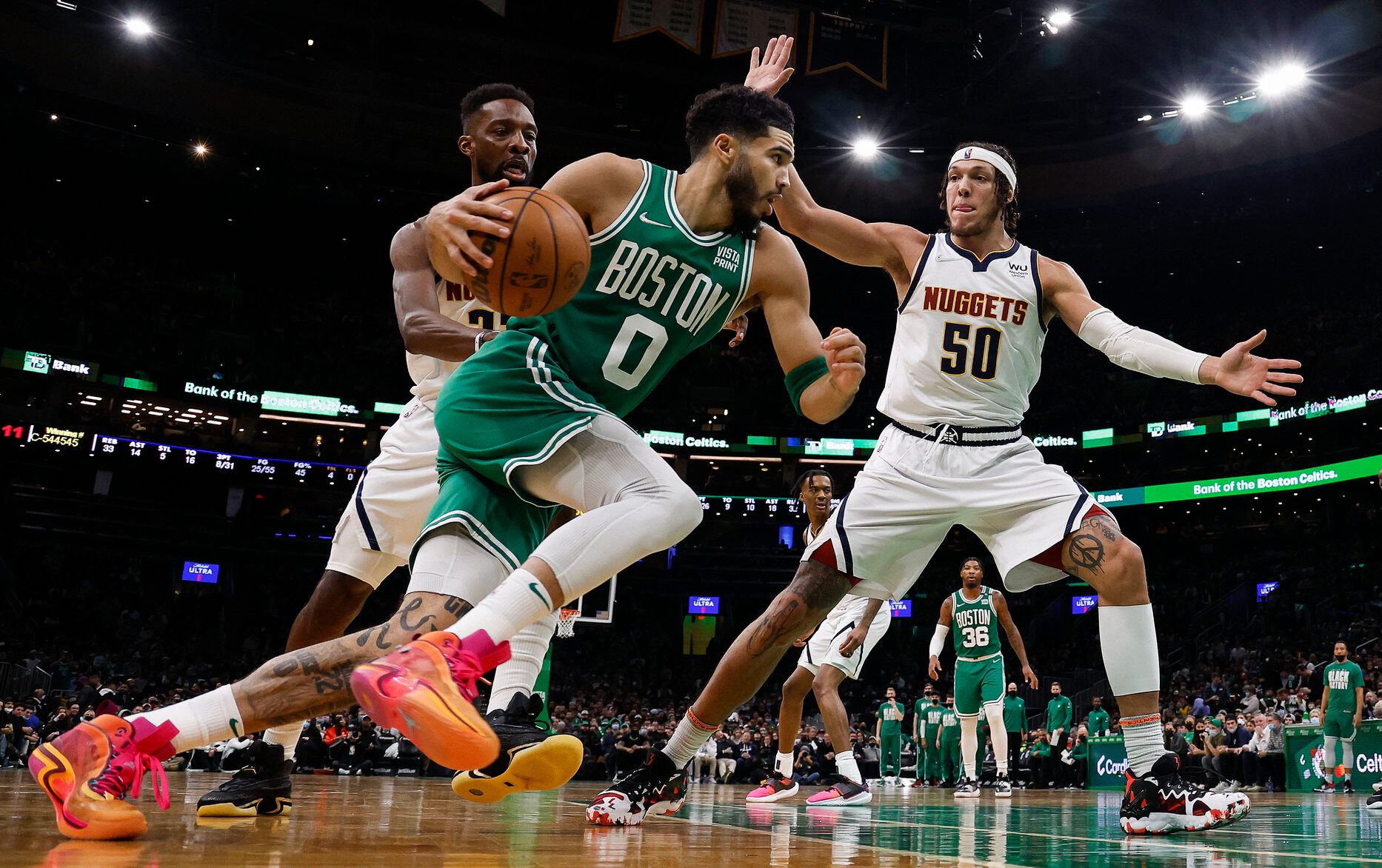 Robert Williams had 15 points and 16 rebounds for Boston, which trailed 88-86 with 8:26 left before closing the game by outscoring the Nuggets 22-14.

Celtics guard Derrick White contributed 15 points and 6 rebounds off the bench in his first game since being acquired from the San Antonio Spurs on Thursday.

Jokic has recorded a triple-double in eight of his past 14 games for Denver, which has lost four of its last six.

White’s layup put Boston ahead 100-97 with 1:59 left, and the Celtics hit four straight foul shots to extend the lead to seven with 40 seconds remaining.

After the Nuggets pulled within 104-99 on Jokic’s basket with 31 seconds left, Boston secured its fourth straight home victory at the foul line.

Gordon and Barton scored a combined 21 points in the first half for Denver, which held a 60-51 advantage at the break.

Denver closed the period with seven straight points and carried a 79-76 lead into the final quarter.

Boston regained the lead at 92-90 with 7:19 left in the contest after Tatum’s technical free throw capped an 11-2 run.

Jokic tied the game at 95 by making one of his three triples with 5:28 remaining. – Rappler.com