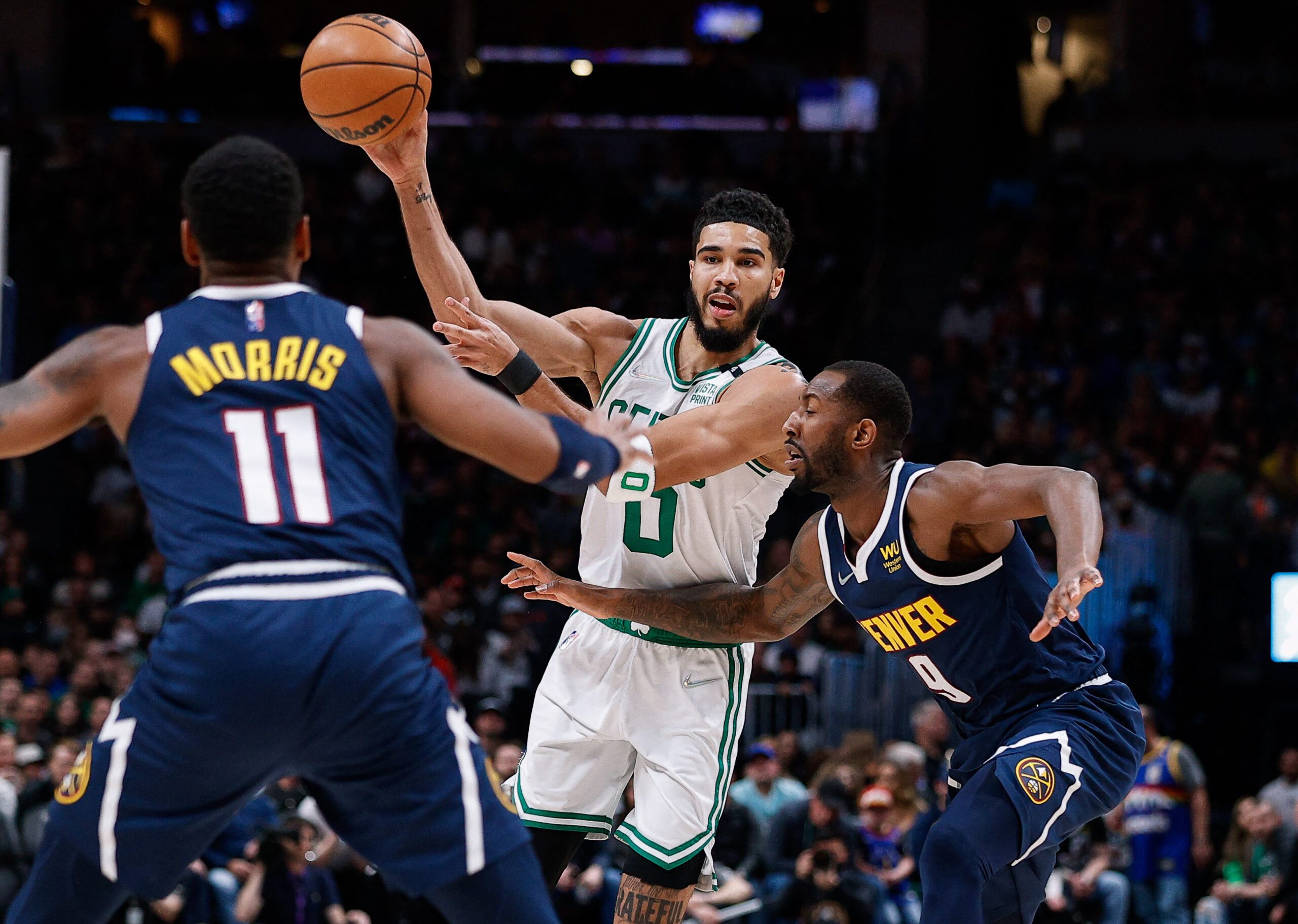 BREAKAWAY. Jayson Tatum and the Celtics pull away in the second quarter against the Nuggets.

Facebook Twitter Copy URL
Copied
Powered by Jayson Tatum and Jaylen Brown, the Celtics pummel the Nuggets by 20 points for a 3-0 start in their four-game road trip

Payton Pritchard scored 17 and Grant Williams had 13 points for Boston, which has won the first three games of its four-game road trip.

Nikola Jokic had 23 points on 8-for-23 shooting, Aaron Gordon scored 13, DeMarcus Cousins had 12, and Bones Hyland 11 for Denver, which has lost two straight and three in a row at home.

The Celtics led 33-27 after the first quarter and then took control in the second quarter.

It was 44-36 after a Brown jumper, but Barton hit a three-pointer to cut it to 7. That was the last thing that went right for the Nuggets in the first half.

Grant Williams made a turnaround jumper, Robert Williams dunked, and Pritchard hit a corner three-pointer to put the Celtics ahead 51-39 and force a Denver timeout.

Jokic missed a 13-footer out of the break, Brown made a finger roll, and the Nuggets missed 3 shots on their next possession. Boston then hit a barrage of three-pointers, 3 of them by Tatum and a pair from Pritchard, to cap a 22-2 run and lead 68-41.

A Jokic putback was 1 of 2 baskets Denver made in the final 6:08 of the half, and Tatum nearly trumped it, but his halfcourt shot at the buzzer rimmed out.

Brown hit a jumper to start the third quarter and the Nuggets, who began the second half by playing the bench, responded with 7 straight points to get within 20. Austin Rivers hit a three-pointer that made it 74-55 with 9:13 left in the third.

The Celtics answered and scored 7 straight points to make it 90-62 and led 98-75 heading into the fourth.

Denver surged to start the fourth, cutting the deficit to 102-86 on a dunk by Gordon. The Nuggets had an opportunity to get closer, but Gordon was called for an offensive foul and Tatum hit a three-pointer and a dunk to make it 109-88. – Rappler.com