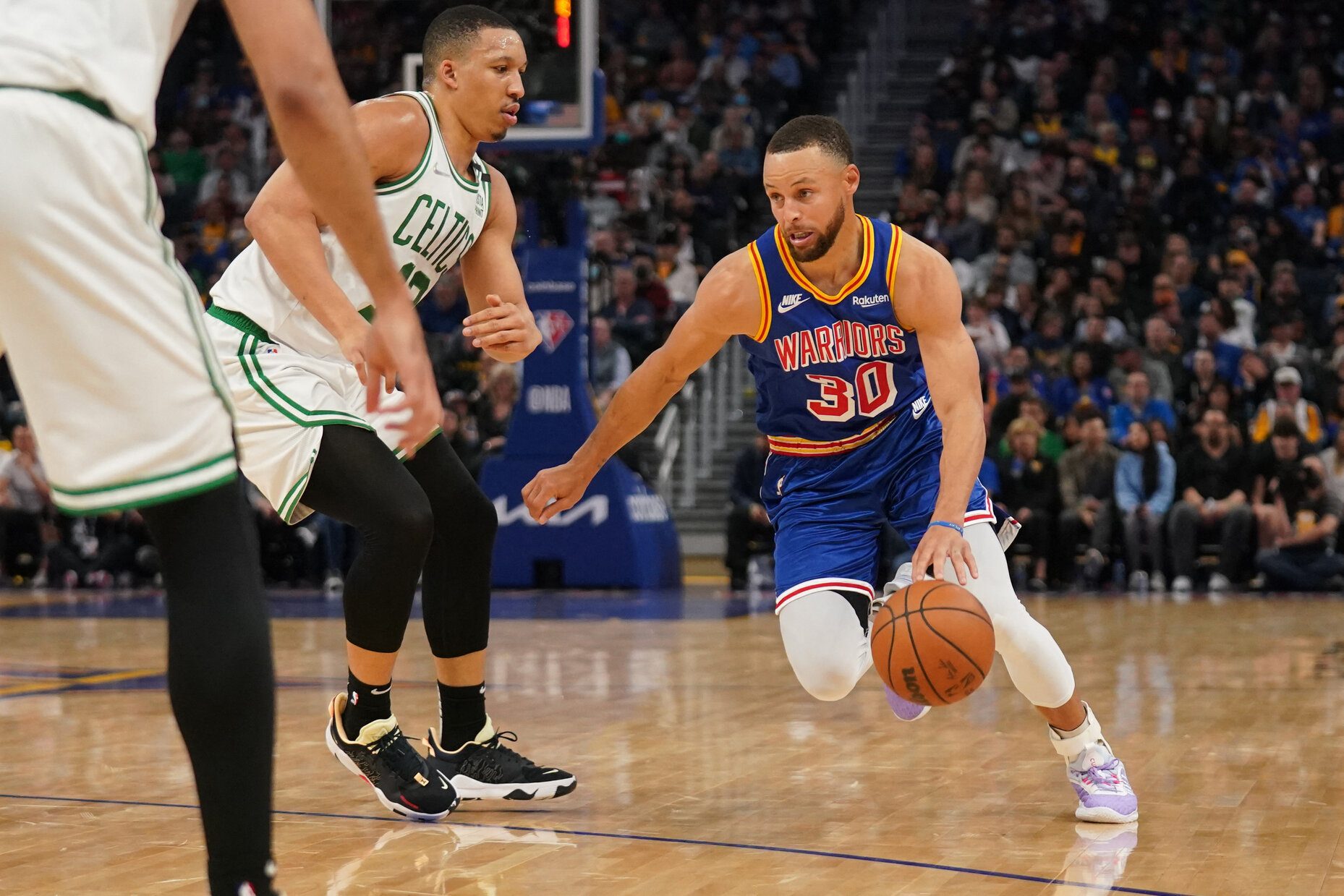 Marcus Smart chipped in with 20 points for the Celtics, who held Golden State to a season-low 32 points in the first half.

A disastrous first half for the Warriors reached its low point with about 4:00 remaining in the second quarter when Curry, attempting to gather a loose ball, had Smart land on the back of his left leg while diving for possession.

Curry’s foot twisted awkwardly in the collision, and immediately he was removed from the game. He headed straight to the locker room, walking under his own power, for further examination, after which a decision was made to keep him out for the remainder of the game with what the team labeled “left foot soreness.”

The Warriors were losing 33-25 at the time of the injury. Curry had been limited to 3 points, a three-pointer, in 14 minutes.

In successfully bouncing back from a home loss to the Dallas Mavericks on Sunday, the Celtics went up 16 by halftime and by as many as 24 in the third quarter before the Warriors rallied.

A Poole free throw made it a nine-point game with still 8:22 remaining, before Payton Pritchard buried a pair of triples to push the Warriors back for good.

Tatum found time for a game-high 12 rebounds to complete a double-double for the Celtics, who were tipping off a four-game Western swing.

Smart added a game-high 8 assists to his 20 points, while Robert Williams III contributed to the cause with 8 points, 9 rebounds, and 4 blocks. Pritchard finished with 10 points.

Making 6 of his 13 three-pointers, Poole led all scorers with 29 points for the Warriors, who shot 37.2%. Thompson added 18 on an 8-for-24 shooting night, while Kevon Looney had 9 points and a team-high-tying 8 rebounds. – Rappler.com