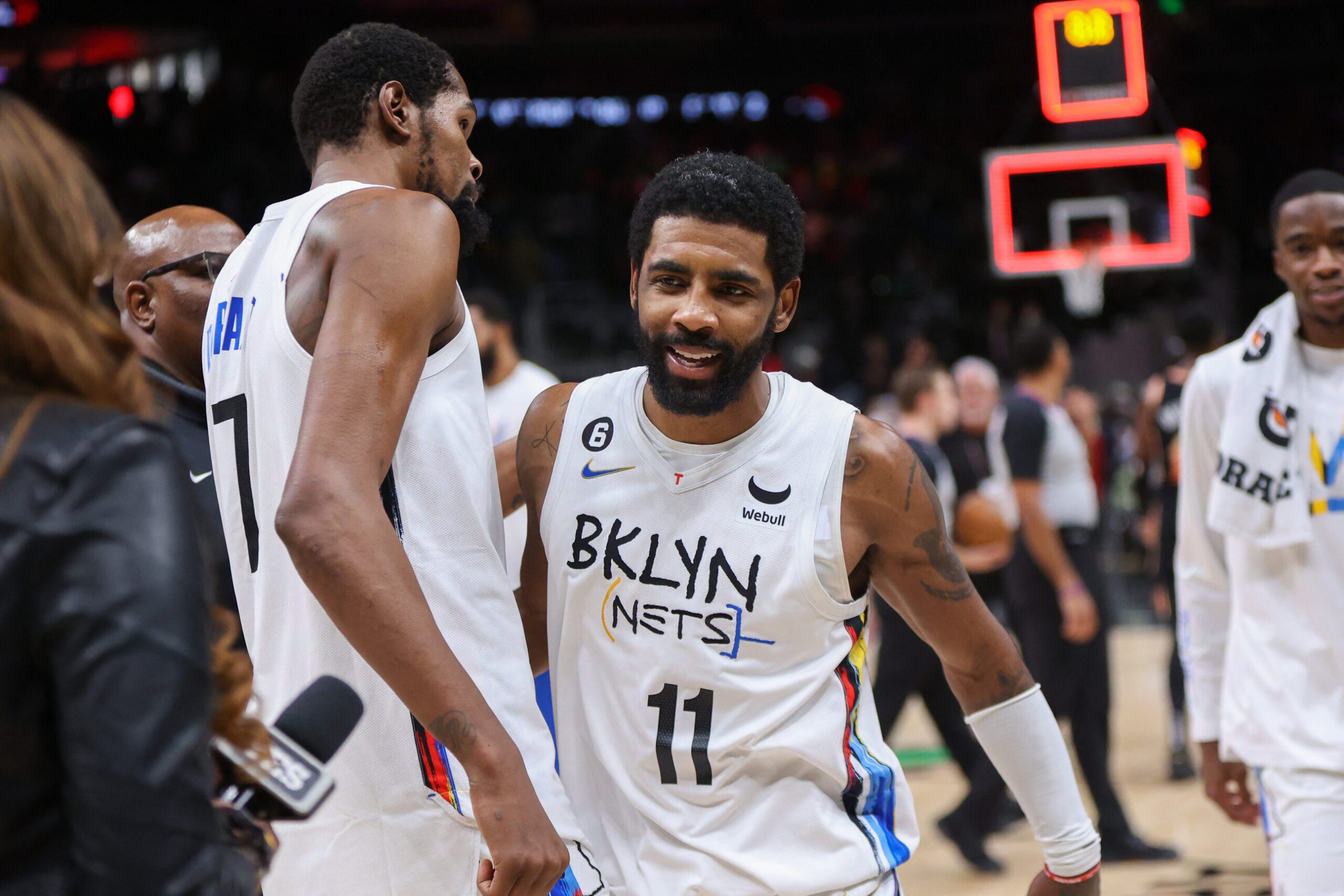 ON A ROLL. Nets forward Kevin Durant (left) and guard Kyrie Irving celebrate their win over the Hawks.

Kyrie Irving fired 20 of his 28 points in the second half to help the visiting Brooklyn Nets hold on to a 108-107 escape over the shorthanded Atlanta Hawks and extend their winning streak to 10 games on Wednesday, December 28 (Thursday, December 29, Manila time).

The Nets have the longest active winning streak in the NBA and are the first team this season to win 10 consecutive games. Brooklyn has also matched its third-longest winning streak in franchise history and improved its record in December to a league-best 11-1.

Brooklyn outscored Atlanta 12-2 to start the fourth quarter and led by as many as 13 points but couldn’t put the Hawks away. The Hawks had a chance to tie with 29.9 seconds remaining, but Dejounte Murray made only one of two free throws. Murray then missed a game-winning shot at the buzzer.

Irving was 11-for-22 from the field with 5 three-pointers and 8 assists.

Kevin Durant scored 26 points and had 16 rebounds and 8 assists. Nic Claxton added 17 points, 10 rebounds and 6 blocks for the Nets.

The Hawks played without three starters – leading rebounder Clint Capela (right calf strain), De’Andre Hunter (left ankle sprain), and Trae Young (left calf contusion), who leads the team with averages of 27.3 points and 9.9 assists. That trio accounts for 54.3 points per game on a team that averages 114.3.

The Hawks shot 52% from the field in the first half and took a 63-56 lead into the break. Atlanta led by as many as 15 points when Bogdanovic made a three-pointer with 4:28 left, only to have Brooklyn outscore the Hawks 13-5 to finish the half.

Patty Mills scored 12 first-half points on 3-for-3 shooting on three-point tries and 3-for-3 at the foul line.

Atlanta plays again on Friday at home against the Los Angeles Lakers. Brooklyn completes a three-game road trip on Saturday at Charlotte. – Rappler.com