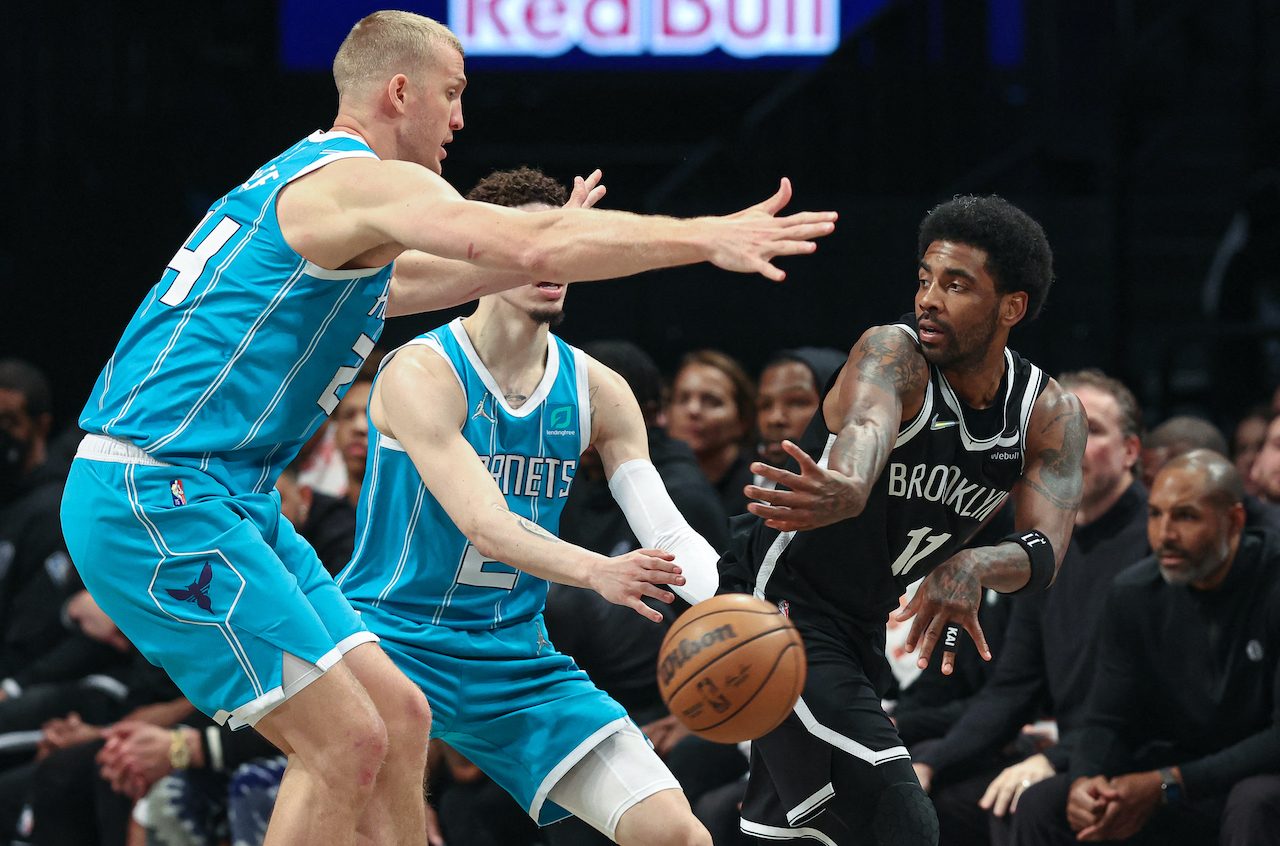 LaMelo Ball scored 33 points and handed out 9 assists, leading the Charlotte Hornets to a 119-110 victory over the Brooklyn Nets on Sunday, March 27 (Monday, March 28, Manila time) to spoil Kyrie Irving’s first home game of the season.

Ball scored 18 points and hit 5 of his 7 three-pointers during the third quarter, when the Hornets (39-36) outscored the Nets 37-29 after trailing by 14 almost midway through the second quarter. Ball made 10-of-21 shots from the field and accounted for almost half of Charlotte’s 17 three-pointers.

Irving finished with 16 points and 11 assists after not being permitted to play in any Brooklyn home games because of New York City’s rules on unvaccinated athletes. The rules were lifted on Thursday.

Miles Bridges added 24 points as Charlotte pulled into an eighth-place tie with Brooklyn (39-36) in the Eastern Conference. Washington contributed 18 points and Terry Rozier 14 as the Hornets won for the seventh time in eight games.

Ball was scoreless during the fourth quarter, when the Hornets fended off Brooklyn’s comeback try down the stretch, but he contributed a key assist that helped Charlotte seal the win.

Irving scored 8 straight points to give Brooklyn a 106-105 lead with 3:36 remaining, but the Hornets never trailed after P.J. Washington coasted in for a layup with 3:21 left.

After Brooklyn’s Drummond missed a putback, Ball passed out of a double team to Cody Martin, who hit a three-pointer from the left side for a 110-106 edge with 2:30 remaining.

The Nets were within 110-108 after Seth Curry hit a layup with 1:33 left, but Martin hit another three-pointer late in the shot clock on the next possession, and Rozier made a three-pointer with 47.3 seconds left for a 116-108 lead to clinch it.