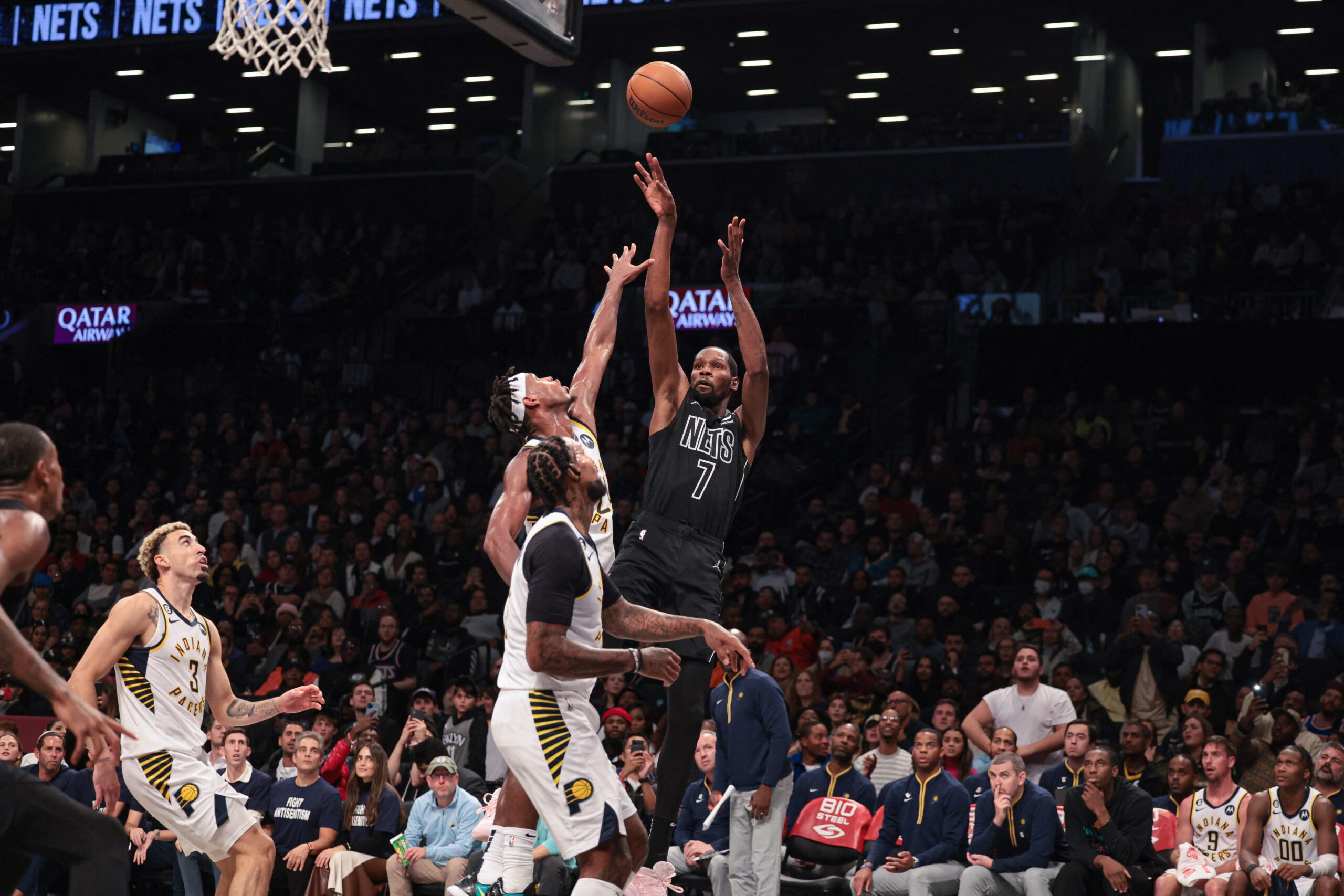 Kevin Durant scored 36 points as the Brooklyn Nets snapped a four-game losing streak by fending off several comeback attempts and holding on for a 116-109 victory over the Indiana Pacers on Monday (Tuesday, November 1, Manila time) in New York.

On the 15th anniversary of his pro debut with the Seattle SuperSonics, Durant made 13 of 22 shots and passed former Net Vince Carter to move into 19th on the all-time NBA scoring list in the first half. The star forward also contributed nine rebounds and seven assists.

Kyrie Irving added 28 points on 9-of-19 shooting for the Nets, who shot 53.8 percent and rebounded from a Saturday loss to Indiana that coach Steve Nash described as a “disaster.” Brooklyn’s Nic Claxton contributed 19 and nine rebounds.

Chris Duarte scored a career-high 30 points for the Pacers, including the tying basket in the fourth quarter. Buddy Hield added 22 and rookie Benedict Mathurin contributed 16.

Indiana pulled within 112-109 on a tough floater by Mathurin with 1:43 left, but the Pacers’ Tyrese Haliburton missed a contested short fadeaway with 65 seconds left. Durant threw a pass out of a double-team and Irving hit a 10-footer in the lane to put Brooklyn up 114-109 with 41.9 seconds left.

Brooklyn led 48-24 on Irving’s 3-pointer early in the second period, but Indiana finished the half on a 30-13 run and trailed by seven by halftime. The Nets took an 82-63 lead on Durant’s dunk with 5:20 left in the third, but Duarte ended the quarter with a 35-foot 3-pointer to pull Indiana within 92-85.