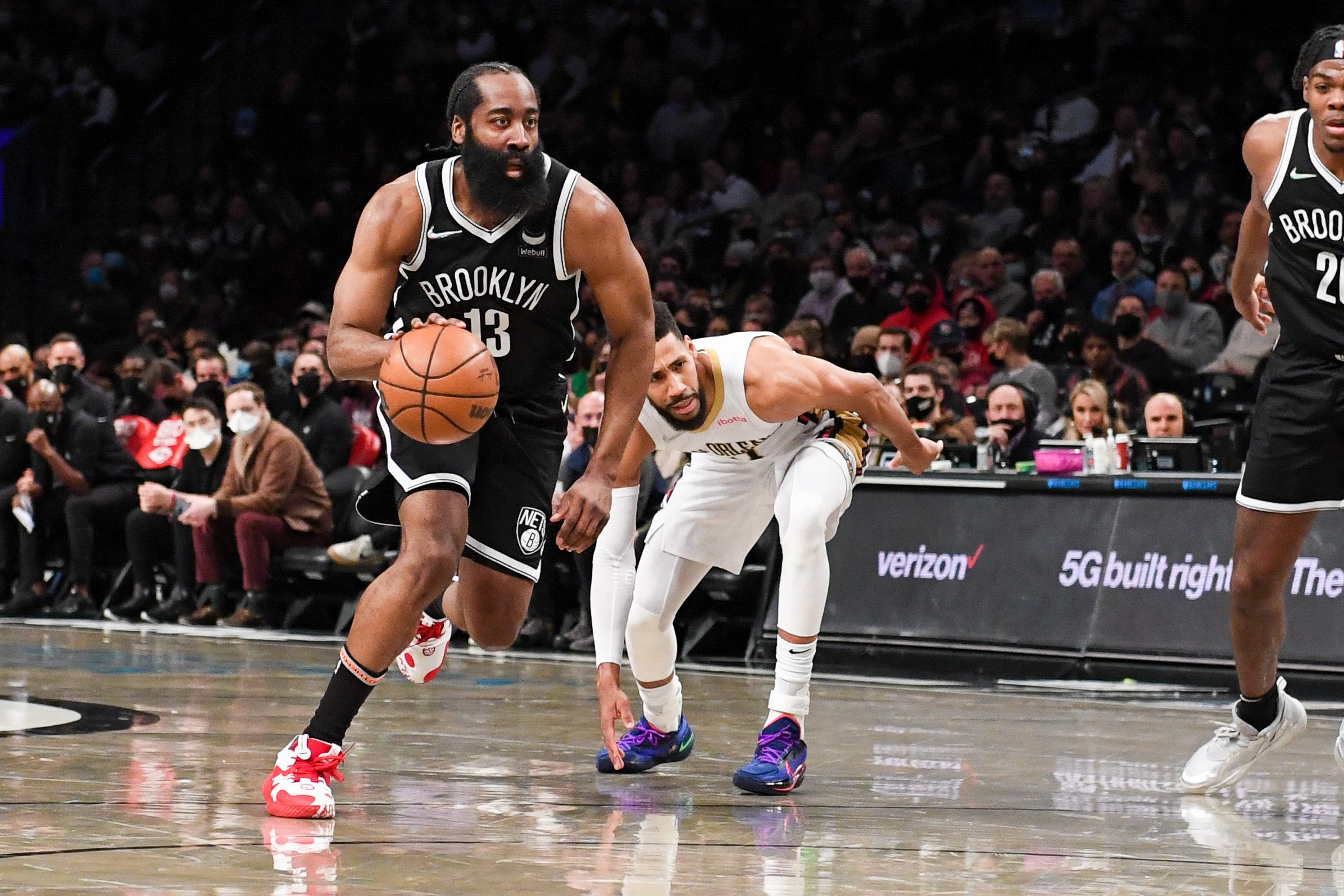 James Harden totaled 27 points, 15 assists, and 8 rebounds as the Brooklyn Nets survived the loss of Kevin Durant to a sprained left knee in a 120-105 victory over the New Orleans Pelicans in New York on Saturday night, January 15 (Sunday, January 16, Manila time).

The Nets never trailed and the game was tied once in the opening minutes, but they lost Durant after he collided with teammate Bruce Brown on defense midway through the second quarter.

Harden had the double-double at halftime when the Nets led 69-41.

For the game, Harden shot an efficient 9-of-15 and had plenty of help from Brooklyn’s rookie trio of Cam Thomas, Kessler Edwards, and Day’Ron Sharpe, who combined for 48 points and 22 rebounds. The Nets said it was the first time a trio of rookies reached double figures in the same game since April 15, 2013, against the Washington Wizards.

Thomas shot 9-of-13 and scored 20 points, Edwards added 16, and Sharpe collected 12 points and 10 rebounds for his first career double-double.

Patty Mills, who sat out Thursday’s loss to the Oklahoma City Thunder, contributed 21 points as the Nets shot 54.8% for the game and hit 12 three-pointers.

Brandon Ingram scored 22 points but made only 8-of-21 shots for the Pelicans, who finished at 46 % from the floor and dropped their seventh straight game to Brooklyn. Josh Hart contributed 14 and 11 boards, while Jonas Valanciunas and rookie Herbert Jones chipped in 13 apiece.

Durant scored 12 points as the Nets held a 32-22 lead through the opening quarter.

Brooklyn scored the first 11 points of the second to take a 43-22 lead on Sharpe’s tip-in with 8:28 remaining. The lead grew to 48-24 less than a minute later when Harden threw a no-look pass to Sharpe for a dunk.

After the Nets announced Durant’s injury, the Pelicans opened the third with a 14-2 run to get within 71-55 on Josh Hart’s three-point play with 8:51 left.

New Orleans then cut the deficit to 89-75 on Garrett Temple’s three-pointer with two minutes left, but the Nets took a 95-77 lead into the fourth and all but sealed it when Harden hit a triple for a 109-83 lead with 8:13 left. – Rappler.com