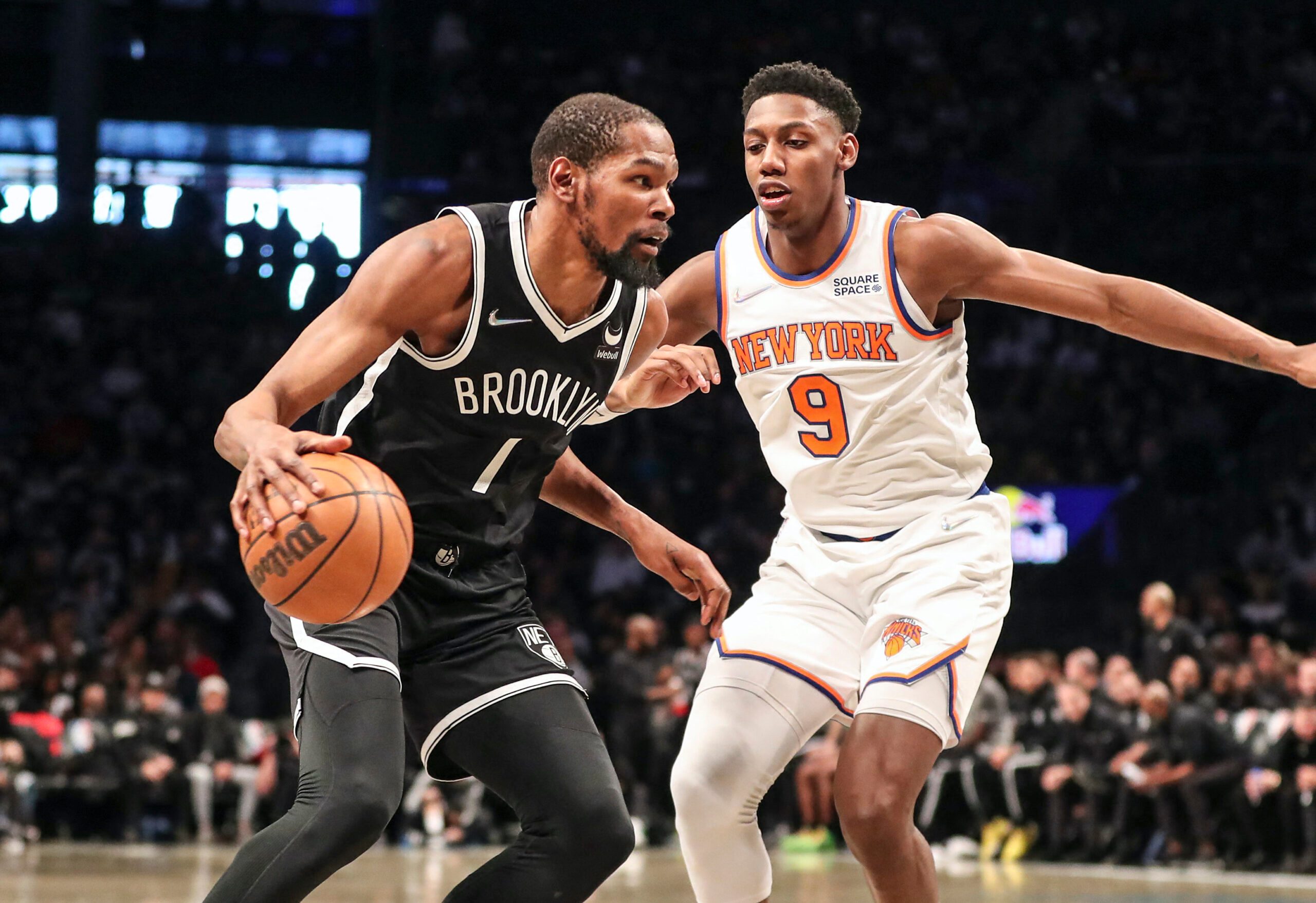 STAR PERFORMANCE. Kevin Durant puts on a show in a battle between two teams from New York.

Durant made 19 of 37 shots and his biggest hoop snapped a 103-103 tie. After Goran Dragic’s defense forced New York’s Julius Randle into a turnover, Durant spotted up from the left wing opposite New York’s bench and cleanly hit a three-pointer over RJ Barrett.

Following a timeout, Randle converted a dunk to make it 106-105 with 48.4 seconds left and Durant missed a three-pointer on the next possession. Jericho Sims secured the defensive rebound, giving the Knicks a chance at regaining the lead.

After New York called a timeout, Evan Fournier’s pass was intercepted by Bruce Brown with 9.2 seconds left. Durant hit 2 free throws with 6.6 seconds left after landing on the first row while being fouled by Alec Burks.

Two free throws by Barrett brought the Knicks within 108-107 with 2.6 seconds left. Durant hit 2 more at the line with 1.8 ticks left and the game ended when Randle fumbled a pass by Barrett at the buzzer.

Durant finished a point shy of his career-high and also added 9 assists. He also broke the franchise record held by John Williamson (1978) for points in a game against the Knicks.

Andre Drummond added 18 points and 10 rebounds as the Nets won their third straight game while unvaccinated Kyrie Irving watched from courtside seats opposite the Brooklyn bench. Brown contributed 15 points and the Nets shot 49.4%.

Randle scored 26 points to lead the Knicks, who lost their sixth straight to Brooklyn and fell to 4-13 in their past 17 contests. Fournier added 25 and Barrett finished with 24 as New York shot 47%.