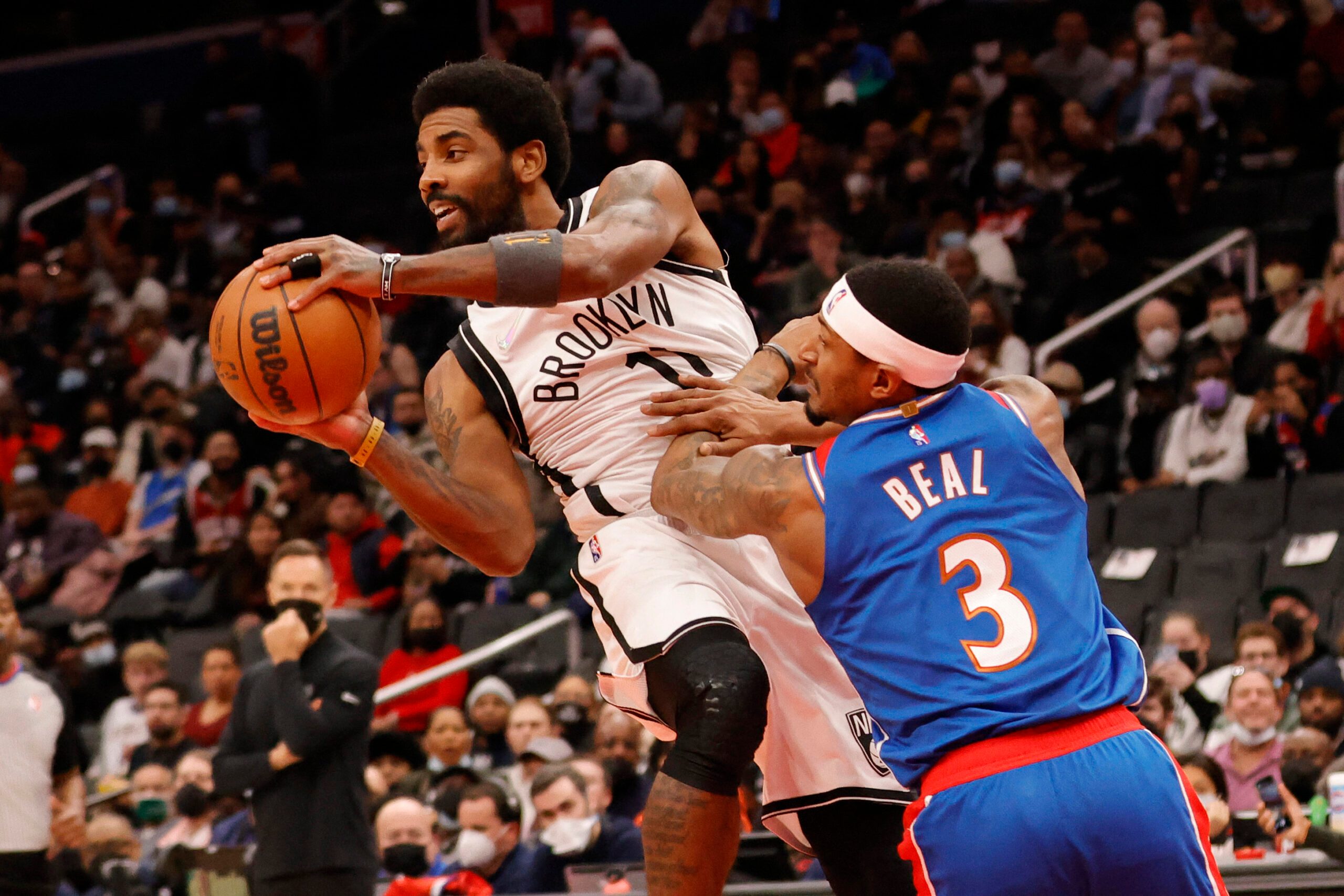 Facebook Twitter Copy URL
Copied
The Nets survive a feverish finish, holding on to a one-point win against a Wizards side who whittled down a 16-point deficit

Kyrie Irving scored 30 points and LaMarcus Aldridge added a season-high 27 off the bench to fuel the visiting Brooklyn Nets to a 119-118 victory over the Washington Wizards on Wednesday, January 19 (Thursday, January 20, Manila time).

Washington whittled a 16-point deficit down to one point on two occasions, the last after Kyle Kuzma drained a three-pointer with 36.6 seconds to play.

The Wizards’ Montrezl Harrell blocked James Harden’s jump shot to set up a feverish finish, but Kuzma was unable to sink another three-point attempt with 4.7 seconds remaining.

Irving made 13-of-23 shots from the floor, including 9-of-12 in the first half. Brooklyn shot a sizzling 63%to claim a 74-62 lead at intermission, with the first-half point total representing a season high for the Nets.

Aldridge sank 11-of-15 shots on the night to eclipse his season-high point total of 24, set during a 109-99 win over the Cleveland Cavaliers on November 17.

Harden added 18 points, 9 assists and 8 rebounds for the Nets, who improved to 1-1 since NBA leading scorer Kevin Durant sprained his left medial collateral ligament on Saturday against the New Orleans Pelicans.

Washington’s Bradley Beal finished with a team-high 23 points despite shooting 7-of-18 from the floor. He added 9 assists.

Kuzma had 16 points and Harrell and Rui Hachimura each had 14 for the Wizards, who have dropped two of their past three games.

Irving scored 12 points and Aldridge made all five of his shot attempts for 10 points to pace Brooklyn to a 33-28 lead at the end of the first quarter. Daniel Gafford made all three of his shots and scored eight opening-quarter points to fuel Washington.

The Nets capped a 41-point second quarter by using a late kick to extend their lead to 12 at halftime.

Irving sank a three-pointer, converted a three-point play and drained a pair of mid-range jumpers as Brooklyn scored 21 of the final 36 points of the second quarter. – Rappler.com