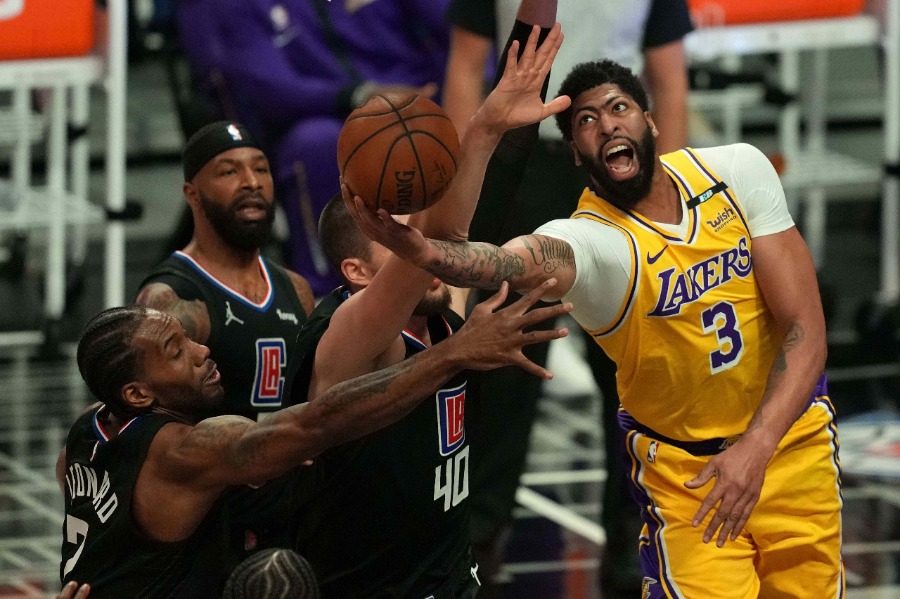 The Los Angeles Clippers are the kings of Los Angeles, at least for the regular season.

The Clippers completed a season sweep over their crosstown rivals, steamrolling the Los Angeles Lakers, 118-94, on Thursday, May 6 (Friday, May 7, Manila time) at Staples Center.

The top shooting three-point team in the NBA, the Clippers put that skillset on display, making 11-of-19 (57.9%) from beyond the arc in the first half to put the game away early.

All five starters for the Clippers finished in double figures, with Paul George leading the way with 24 points and 7 rebounds, and Kawhi Leonard totaling 15 points, 8 rebounds, and 6 assists.

DeMarcus Cousins and Rajon Rondo, meanwhile, contributed 11 points off the bench for the Clippers.

Anthony Davis appeared to tweak his right ankle in the opening quarter and had to go back to the locker room for further evaluation. However, the Lakers announced that Davis had back spasms and would not return. Davis finished with 4 points on 2-of-9 shooting from the field.

With the victory, the Clippers swept the season series against the Lakers for the first time since the 2015-2016 season. The Clippers (45-22) moved past the Denver Nuggets (44-22) into the No. 3 spot in the Western Conference with the win.

With the loss, the Lakers (37-29) are now tied with the Portland Trail Blazers (37-29) for the No. 6 seed. The Lakers face the Blazers in Portland in the second of back-to-back games on Friday.

The Lakers have now lost seven of their last nine games.

The hot-shooting Clippers jumped out to a 29-20 lead in the opening quarter. The Clippers pushed the advantage to as many as 24 points in the second quarter and took a 65-42 lead into the locker room at the half – the first time the Lakers were down by 20-plus points at halftime over the last two seasons – and the rout was on.

Without three of their top playmakers, Caruso started a second straight game at point guard. The Lakers struggled to create shots on the offensive end of the floor, shooting 37.9% from the field compared with 53.2% for the Clippers for the game.  – Rappler.com