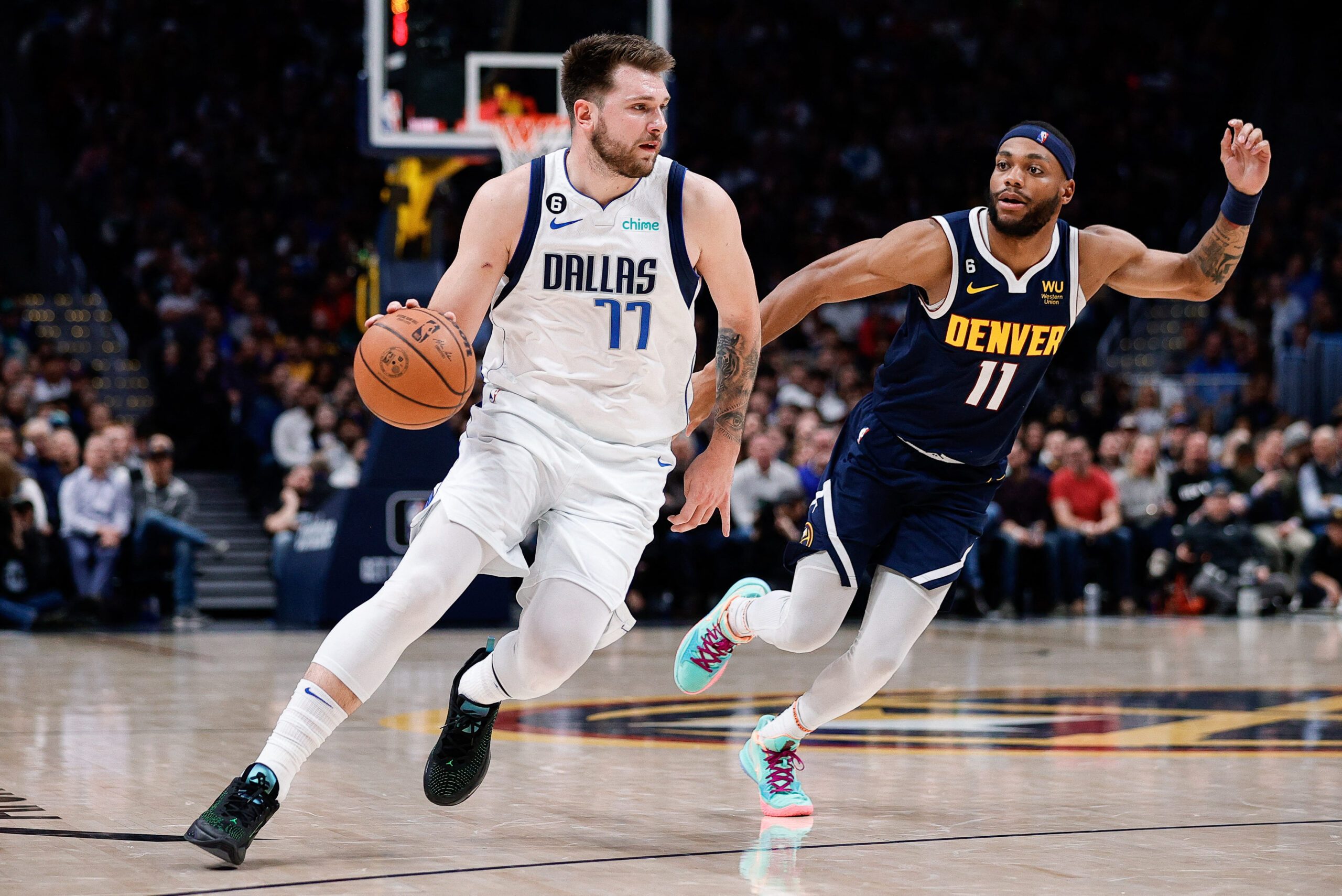 Dorian Finney-Smith scored 19 points, including a clutch triple with 17.3 seconds left that put Dallas back on top, 114-112.

Christian Wood added 14, and Spencer Dinwiddie 13 for the Mavericks, who recovered just in time after blowing a 10-point lead in the final quarter.

Aaron Gordon had 27 points and 8 rebounds to pace the Nuggets. Reserve Bones Hyland scored 20 points, Nikola Jokic had 19 along with 8 rebounds, and 8 assists, Bruce Brown and Kentavious Caldwell-Pope each had 12 points and Jamal Murray added 11.

Denver trailed 95-90 early in the fourth when Hyland drained a long three-pointer, Wood answered with a layup and Christian Braun hit a corner triple to cut the deficit to 97-96.

Maxi Kleber scored the next 5 points, Hyland answered with a three-pointer, Hardaway fed Finney-Smith for a dunk, and then hit a trey to make it 107-99 with 5:03 left.

The Mavericks led by 8 in the first half before the Nuggets got within 61-58 late, but Doncic drained a long 3-pointer to give Dallas a 64-58 lead at halftime.

Denver opened the third quarter with an 11-3 run to go up 69-67, but the Mavericks rallied.

Hardaway sank three free throws before Caldwell-Pope answered with a 13-footer, but Hardaway hit a pair of 3-pointers and Finney-Smith added one from the wing to give Dallas a 79-71 lead.

The Nuggets got within 86-84 on two free throws by Brown with 1:24 left in the period and trailed 91-86 heading into the fourth. – Rappler.com