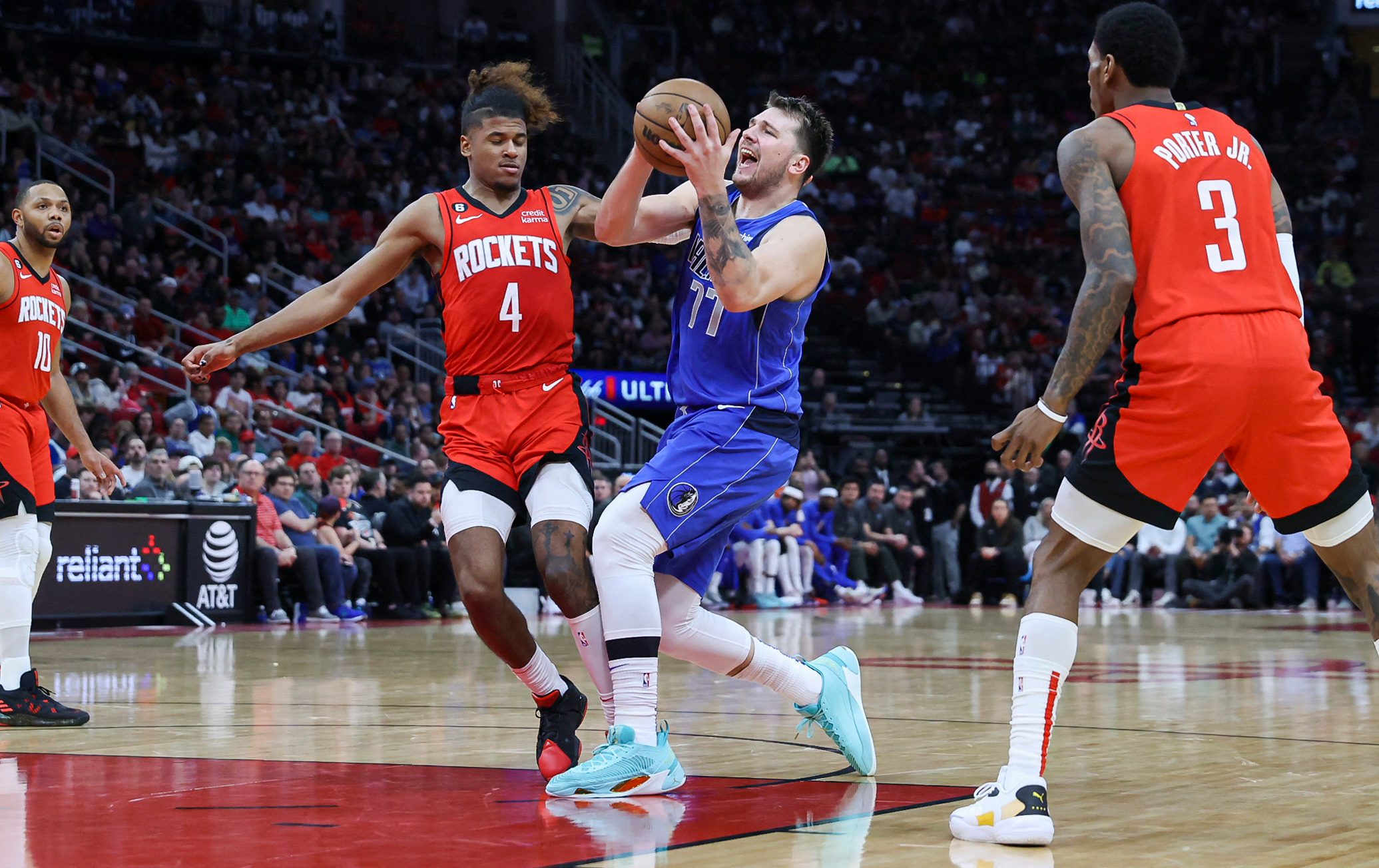 Luka Doncic finished with a game-high 39 points and engineered an 18-point, second-half comeback that allowed the Dallas Mavericks to extend their winning streak to seven games with a 111-106 road victory over the Houston Rockets on Monday (Tuesday, January 3, Manila time).

Doncic then assisted on treys from Reggie Bullock and Christian Wood, and his two free throws with 3:33 left were part of a 14-4 run that helped the Mavericks seize control. Spencer Dinwiddie sealed it with a 17-footer with 10.5 seconds left.

Doncic added 12 rebounds and eight assists and finished 18 of 22 from the free-throw line. Tim Hardaway Jr. added 21 points and made five 3-pointers while Wood chipped in 21 points, seven rebounds and five blocks as the Mavericks claimed the season series over the Rockets.

Houston turned a 10-3 spurt to open the third quarter into its largest lead at 18 points, and even after a Mavericks timeout, the Rockets led 69-51 before Doncic initiated the Dallas comeback.

The Rockets played a key role in the Mavericks’ rally with their inability to defend without fouling. Houston committed 10 fouls in the third quarter and the Mavericks finished 16 of 17 from the line, with Doncic going 9 of 10.

Two Hardaway 3-pointers helped Dallas close to within 81-73, and when Doncic completed a three-point play with 8.8 seconds left, the margin was four.

The Rockets closed the opening period with a 13-3 run that yielded a 26-18 lead entering the second. Houston committed only one turnover in the first quarter and tallied 20 paint points and, with Doncic committing three turnovers in the frame, the Rockets found an early advantage.

Houston pushed that lead to 46-34 on a Gordon triple with 5:27 left in the first half. The situation hadn’t improved for the Mavericks by intermission, with Doncic missing 9 of 12 shots and the Rockets holding a 55-44 lead at the break courtesy of a Porter buzzer-beating 19-footer. – Rappler.com