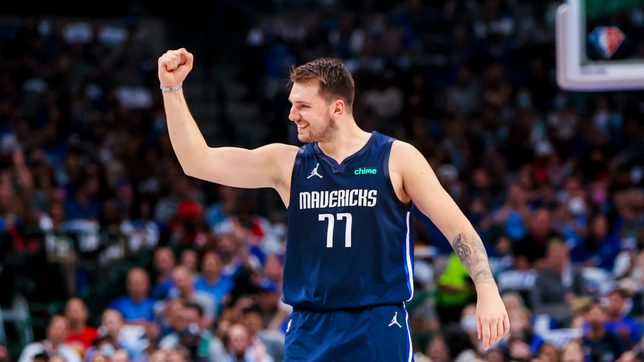 FINE START. Luka Doncic and the Mavericks win two of their first three games of the NBA season.

The Dallas Mavericks scored the first 13 points of the second half to erase a deficit and they rode Luka Doncic’s 26-point, 14-rebound performance to a 116-106 victory over the visiting Houston Rockets on Tuesday, October 26 (Wednesday, October 27, Manila time).

Reggie Bullock and Tim Hardaway Jr. each chipped in with 16 for the Mavericks, who were embarrassed 133-108 in the Rockets’ only visit to Dallas last season.

Houston led for most of the first half and took a 60-57 edge into the intermission, but 44 seconds later, that advantage was gone for good.

Hoops by Hardaway and Doncic on Dallas’ first two possessions of the third period triggered the burst that opened a 10-point Mavericks advantage. Hardaway added a three-pointer and Doncic a three-point play to the run, which extended more than four minutes before David Nwaba ended Houston’s drought.

Looking to avoid a third loss in four games, the Rockets closed within two on a pair of occasions early in the fourth period, the last time on an Alperen Sengun three-pointer with 11:13 to go.

Boban Marjanovic countered with a pair of baskets before Bullock hit two- and three-pointers in a 9-0 flurry that put the Mavericks in command the rest of the way.

Doncic shot just 10-for-25 overall and 1-for-6 on 3-point attempts, but complemented his double-double with 7 assists.

Jalen Brunson also posted a double-double with 11 points and a game-high 11 assists, and Marjanovic finished with 11 points for the Mavericks, who were playing their home opener after splitting a pair on the road to begin the season.

The Rockets outscored the Mavericks 48-36 on three-pointers to keep the game competitive. – Rappler.com