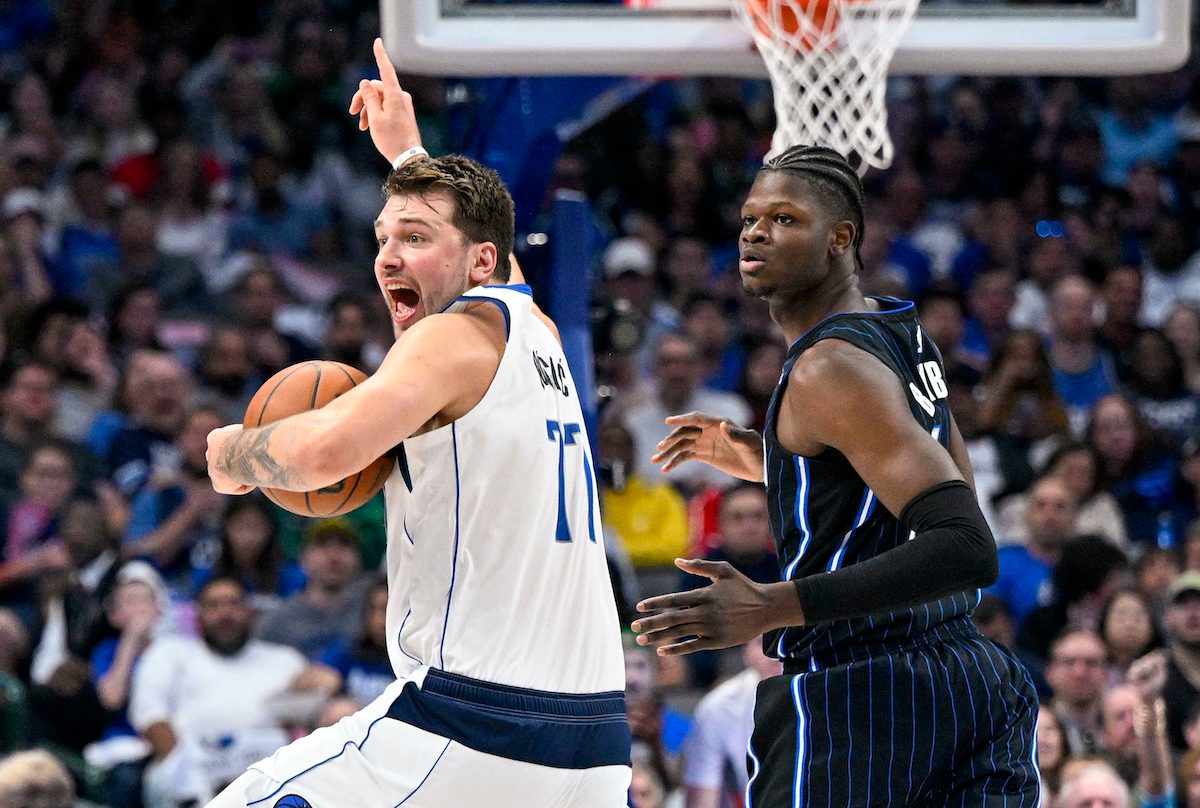 ON FIRE. Luka Doncic (left) continues his hot start to the season.

Luka Doncic scored 30 of his 44 points in the first half to lift the host Dallas Mavericks to a 114-105 victory over the Orlando Magic on Sunday, October 30 (Monday, October 31, Manila time).

Doncic recorded his sixth consecutive outing of at least 30 points after making 17 of 26 shots from the floor for the Mavericks, who have alternated losses and wins over their first six games of the season.

Tim Hardaway Jr. scored 21 points off the bench, Dorian Finney-Smith had 13, and Spencer Dinwiddie added 12. Dallas shot a robust 49.4% from the floor and benefited from 10 steals.

Orlando rookie Paolo Banchero finished with 18 points, marking the first time this season that he has been held under 20. He made just 6 of 20 shots from the floor – including 1 of 6 from three-point range.

Banchero sank an eight-foot jumper to trim Dallas’ lead to 107-103 with 55 seconds remaining in the fourth quarter before Finney-Smith answered with a three-pointer on the ensuing possession. Doncic added a bucket on the Mavericks’ next possession to essentially seal the win.

Orlando nursed a 79-78 lead with 2:23 remaining in the third quarter before Dallas went on a 22-11 surge that bridged into the fourth. Hardaway highlighted the run with three free throws following a flagrant foul as well as two three-pointers and a layup.

Hampton made a layup and Banchero sank a pair of free throws to trim the Mavericks’ lead to 102-97 with 4:28 remaining in the fourth quarter. Doncic answered with a short jumper and Finney-Smith drained a three-pointer to give Dallas some breathing room.

Terrence Ross scored 8 points and Carter added 7 as Orlando overcame Doncic’s 16-point performance to take a 34-29 lead at the end of the first quarter. Doncic made 7 of 10 shots from the floor in the frame.

Kevon Harris sank a three-pointer to push the Magic’s advantage to 51-40 with 6:28 remaining in the second quarter before Doncic scored 14 points during Dallas’ 20-9 run to end the half. – Rappler.com