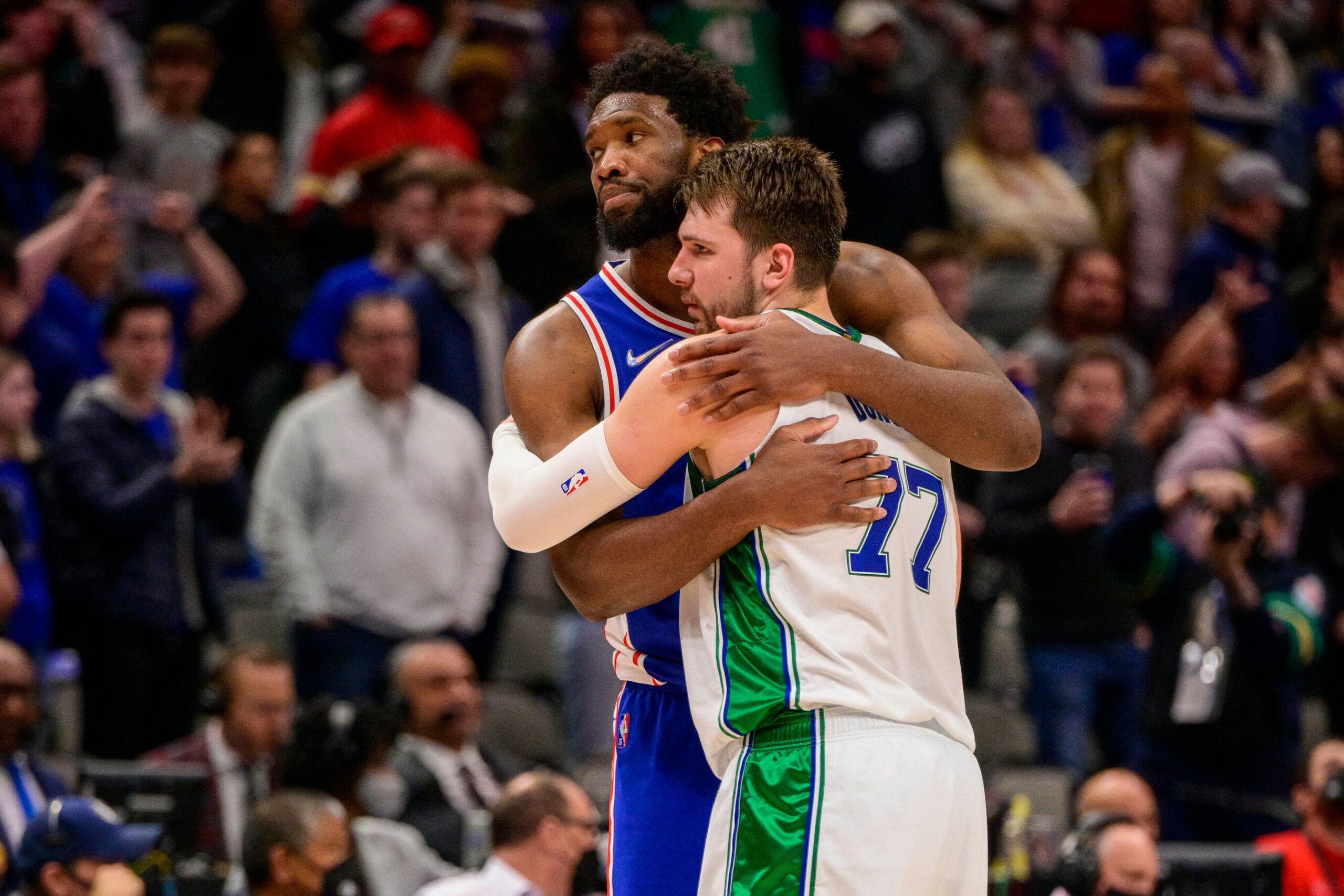 It was the eighth triple-double of the season and the 44th of Doncic’s career.

The Mavericks played without Kristaps Porzingis for the third straight game because of a bone bruise on his right knee.

In a bizarre scene, the game was delayed for 45 minutes with 6:03 remaining in the first quarter due to a crooked rim. Doncic hit a three-pointer then pointed to the referees regarding the rim. After a quick check by maintenance workers, a new basket stanchion was brought in to replace the original one.

The Sixers bolted to a 40-24 lead early in the second quarter and held on for a 63-53 advantage at halftime.

Embiid led the way with 18 points and 9 rebounds.

Doncic paced the Mavericks with 15 points.

Dallas came out aggressive in the third and quickly closed within 68-67 when Powell dropped in two free throws with 8:08 left.

The Mavericks tied the game at 76 when Doncic completed a three-point play with 3:36 to go. Bullock drained a trey on their next possession for a three-point lead.

The Sixers looked out of sync on offense for most of the third and trailed 85-78 at the end of the quarter. Doncic scored 11 points in the third.

Maxey hit a pair of free throws on the Sixers’ first possession of the fourth. Niang added a short runner in the lane, Maxey made a difficult layup and the deficit was one with 9:26 remaining.

Niang then hit a three-pointer, Danny Green drove to the basket and scored and the Sixers capped an 11-0 run to lead 89-85.

Bullock hit consecutive three-pointers and the Mavericks went back ahead 96-91 with 5:25 to go.