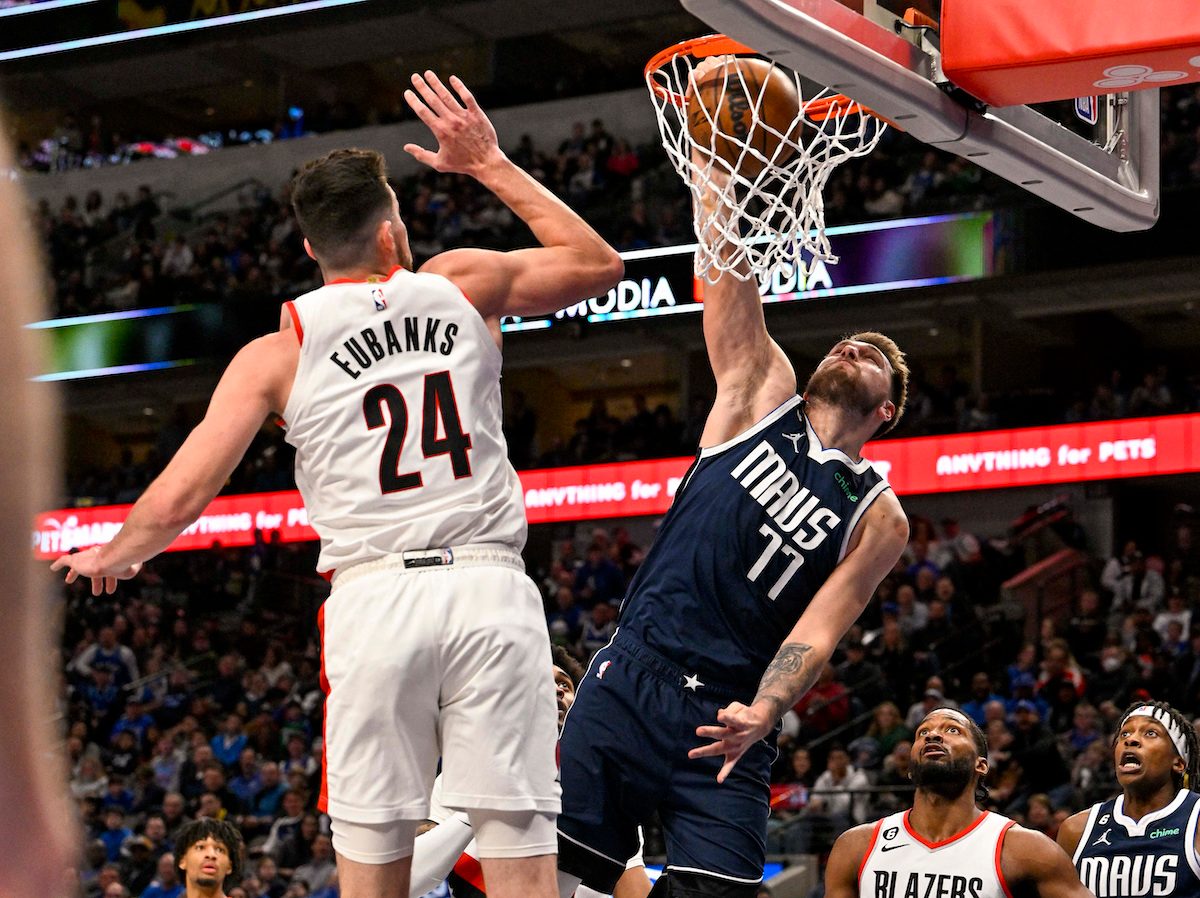 HIGHLIGHT JAM. Luka Doncic puts Drew Eubanks on a poster in a dominant Mavericks win over the Blazers.

Tim Hardaway Jr. had 17 points and Spencer Dinwiddie scored 13 for Dallas, which led by 9 at the half before outscoring the Blazers 38-22 in the third quarter. Doncic added 6 rebounds and 9 assists.

Dallas led by as many as 27 in the second half and snapped the Blazers’ three-game winning streak while shooting 55.6% from the field and 18-of-43 (41.9%) from three-point range.

Doncic has scored at least 20 points in a franchise-record 36 straight games for Dallas, which led 95-70 after opening the third quarter on a 23-7 run.

The three-time All-Star punctuated the third-quarter surge with a tomahawk dunk to put the Mavericks ahead 104-79 with 2:54 left.

Portland, which has split the first two games of its six-game road trip, rested its starters for the entire fourth quarter after Dallas began the period with a 110-85 lead.

Lillard was 6 of 14 shooting after averaging 34.4 points over his previous five games. Dallas has won its last six meetings against the Blazers, including a 117-112 victory on November 12.

Portland led throughout the first quarter and held a 32-31 advantage before Dallas opened the second quarter on a 15-2 run to move ahead 46-34.

Doncic led the Mavericks in the first half with 23 points, while Wood added 20. Lilliard had 21 for the Blazers.

Dallas forward Dwight Powell exited the game in the second quarter with a left thigh contusion and did not return.

The Mavericks played without Josh Green (right elbow sprain) and Maxi Kleber, who is out indefinitely after suffering a tear of his right hamstring on Tuesday. – Rappler.com