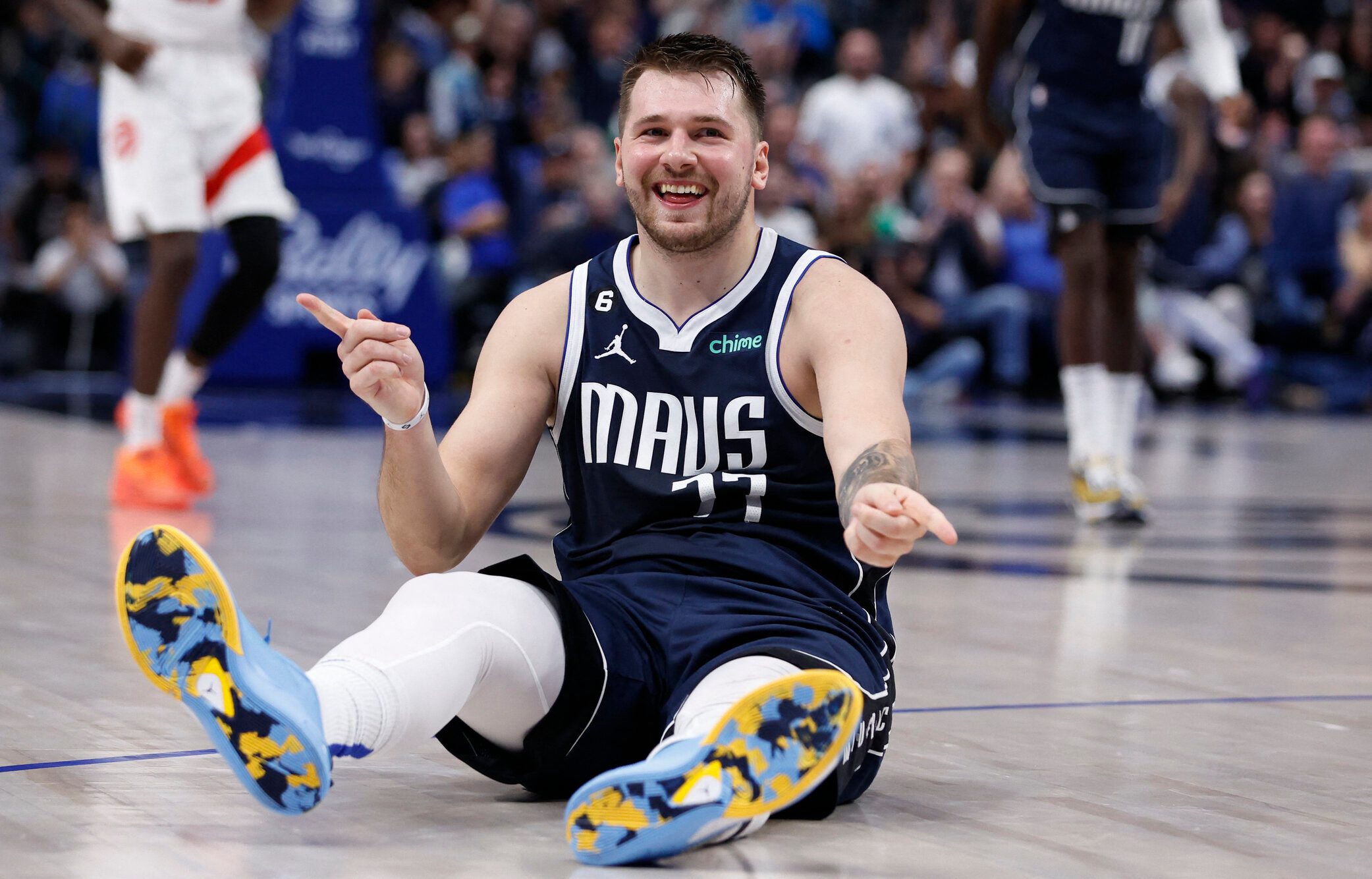 ON FIRE. Mavericks guard Luka Doncic reacts after making a basket in the second half against the Raptors.

Luka Doncic unloaded 35 points and made some history as the Dallas Mavericks held on to defeat the visiting Toronto Raptors, 111-110, on Friday, November 4 (Saturday, November 5, Manila time).

The Raptors lost Pascal Siakam to a groin injury late in the third quarter, and he did not return. He had 18 points in 32 minutes.

Spencer Dinwiddie had 21 points for Dallas, which has won three in a row. Christian Wood added 13 points, and Dorian Finney-Smith had 11 points.

Dallas took a 15-point lead into the fourth quarter. The Raptors cut the deficit to six on Achiuwa’s layup with 8:32 to play. Achiuwa’s three-pointer trimmed the lead to three with 6:42 left, but Doncic’s triple pushed the margin back to 7 points with 3:17 to go.

Achiuwa made two free throws with 35.5 seconds left, cutting the lead to three. Doncic sank one of two foul shots with 15.9 seconds to play. Anunoby’s dunk cut the lead to two.

Dinwiddie made two free throws with three seconds left to seal the outcome before Anunoby hit a three-pointer to end the game.

After leading 31-29in the first quarter, the Mavericks used a 7-0 run in the first three minutes of the second quarter to take a 38-31 lead. Siakam’s hook shot completed the first-half scoring with Dallas leading 62-57.

Dallas went on a 14-2 surge to open the third quarter. The gap reached 19 on Doncic’s two free throws with 6:43 remaining.

The Raptors used an 8-0 run to trim the difference to 11 with 4:24 left in the third. Wood converted a steal into a layup to bump the lead to 16 points with 52.9 seconds remaining. Barnes hit a three-pointer to complete the third-quarter scoring and cut the lead to 96-81.