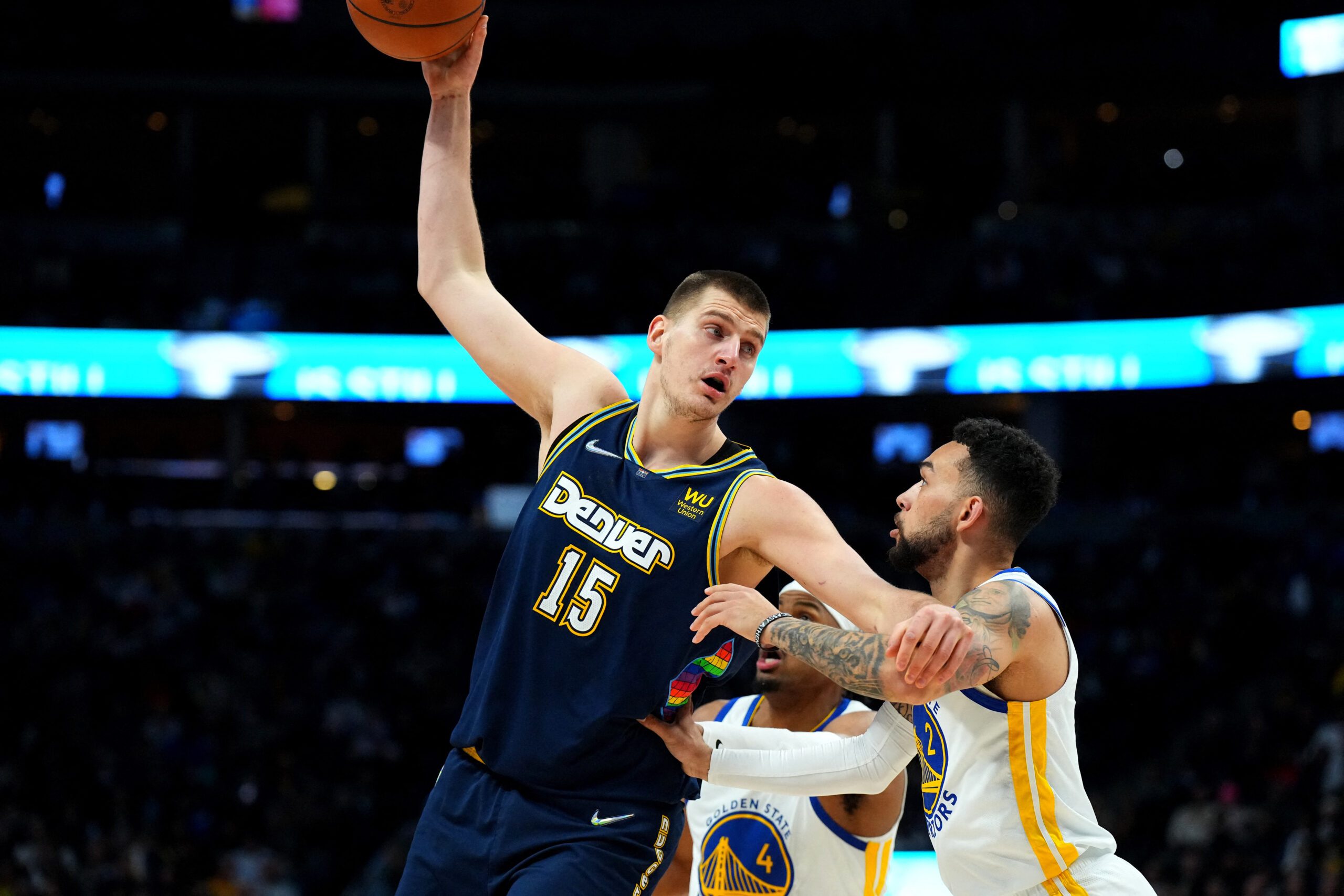 MONSTER MVP. Nikola Jokic continues to make a case for a second straight MVP citation after another triple-double finish against the Golden State Warriors

Nikola Jokic had 32 points, 15 rebounds, and 13 assists for his second triple-double in as many nights as the host Denver Nuggets beat the shorthanded Golden State Warriors, 131-124, on Monday, March 7 (Tuesday, March 8, Manila time).

Jeff Green and Monte Morris scored 18 points each for the Nuggets, who have won nine of 10. Davon Reed contributed 17, Austin Rivers had 15, and DeMarcus Cousins added 13.

Jordan Poole had 32 points and rookie Moses Moody scored a career-high 30 for the Warriors, who have lost five straight. Jonathan Kuminga had 16, Kevon Looney finished with 13 points and 11 rebounds and Quinndary Weatherspoon added 13 points.

Denver played without Will Barton, who sprained his left ankle in the team’s overtime win against the visiting Pelicans on Sunday. Jokic finished with 46 points, 12 rebounds, and 11 assists versus New Orleans.

Although the Warriors were missing their biggest stars, they kept pace with the Nuggets through the first half. Golden State trailed by as many as 12 but cut the deficit to 69-71 at halftime.

The Warriors opened the third quarter quickly to take the lead. Moody converted a three-point play, and Poole hit three triples to give the visitors an 83-77 lead.

Denver then went on a 15-0 run. Morris scored five points, Jokic had four, and then fed Aaron Gordon with a lob for a dunk to complete his 75th career triple-double. Moody broke the string with a layup, but another Denver run, this time 10-3, made it 102-88 late in the third quarter.

Cousins scored the first four points of the fourth, and Denver went ahead 115-105 on a layup by Green with 8:37 left. However, six straight points by Golden State made it a four-point game.

The Warriors had two chances to tie or get within a point in the last five minutes, but Chris Chiozza missed a three-point attempt, and Green blocked Poole’s fastbreak layup attempt. Rivers later had a steal and a dunk to make it 121-116 with 2:29 to go, and the Nuggets closed it out. – Rappler.com