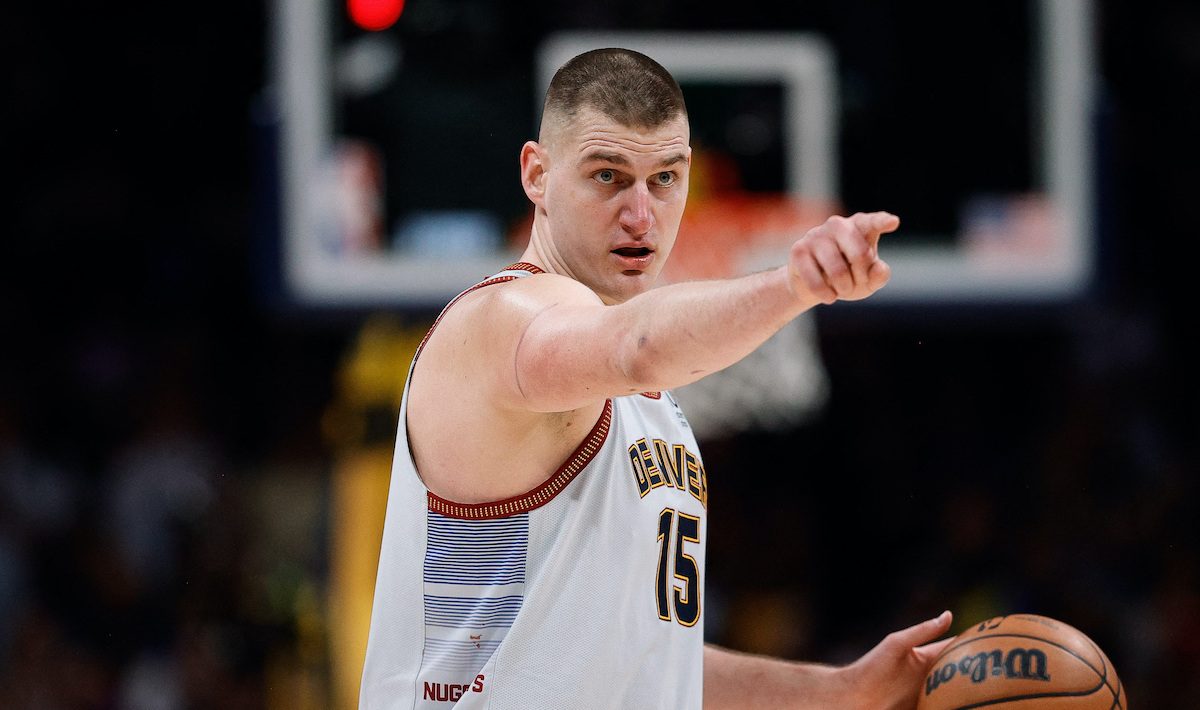 STAT STUFFER. Nikola Jokic does it all for the Nuggets as they stretch their winning streak.

Facebook Twitter Copy URL
Copied
Nikola Jokic notches another triple-double, leading the Nuggets to their fourth straight win at the expense of a Suns crew that lost Devin Booker to a groin injury

Jamal Murray scored 26 points and Kentavious Caldwell-Pope had 15 for the Nuggets, who have won four straight.

The Suns lost Devin Booker to a groin injury just 4:20 into the game.

Ayton opened overtime with a 14-footer but Denver responded with the next eight points to go ahead 121-115 with 2:30 left. Shamet hit two 3-pointers around one by Caldwell-Pope and Ayton sank a reverse layup to make it 124-123 with 1:02 left.

Shamet missed from deep and fouled Gordon on his seventh dunk of the day. Gordon missed the free throw but was fouled after getting the rebound and made 1 of 2 at the line.

Paul hit a jumper, Murray split a pair of free throws, Shamet missed another three-point attempt, and the Nuggets closed it out.

Denver led by 15 early but the Suns rallied to take a 57-51 edge into halftime. Phoenix built a 12-point lead in the third and was ahead 84-81 heading into the fourth.

Paul hit a 15-footer, Michael Porter Jr. made 1 of 2 free throws to tie it, and Shamet made a corner three-pointer to put Phoenix in front with 2:16 to go. Jokic’s tip-in made it 112-111 with 1:17 remaining and Murray missed a three-point attempt that would have put the Nuggets back in front.

Paul missed on a jump shot with 32 seconds left, Murray misfired on a 21-footer, and Ayton split a pair of free throws to make it 113-111 with 15 seconds left. After a timeout, Murray hit a driving dunk to tie it again with 11 seconds left and send the game to overtime. – Rappler.com