Jokic, Murray churn out double-doubles in Nuggets’ rout of Blazers 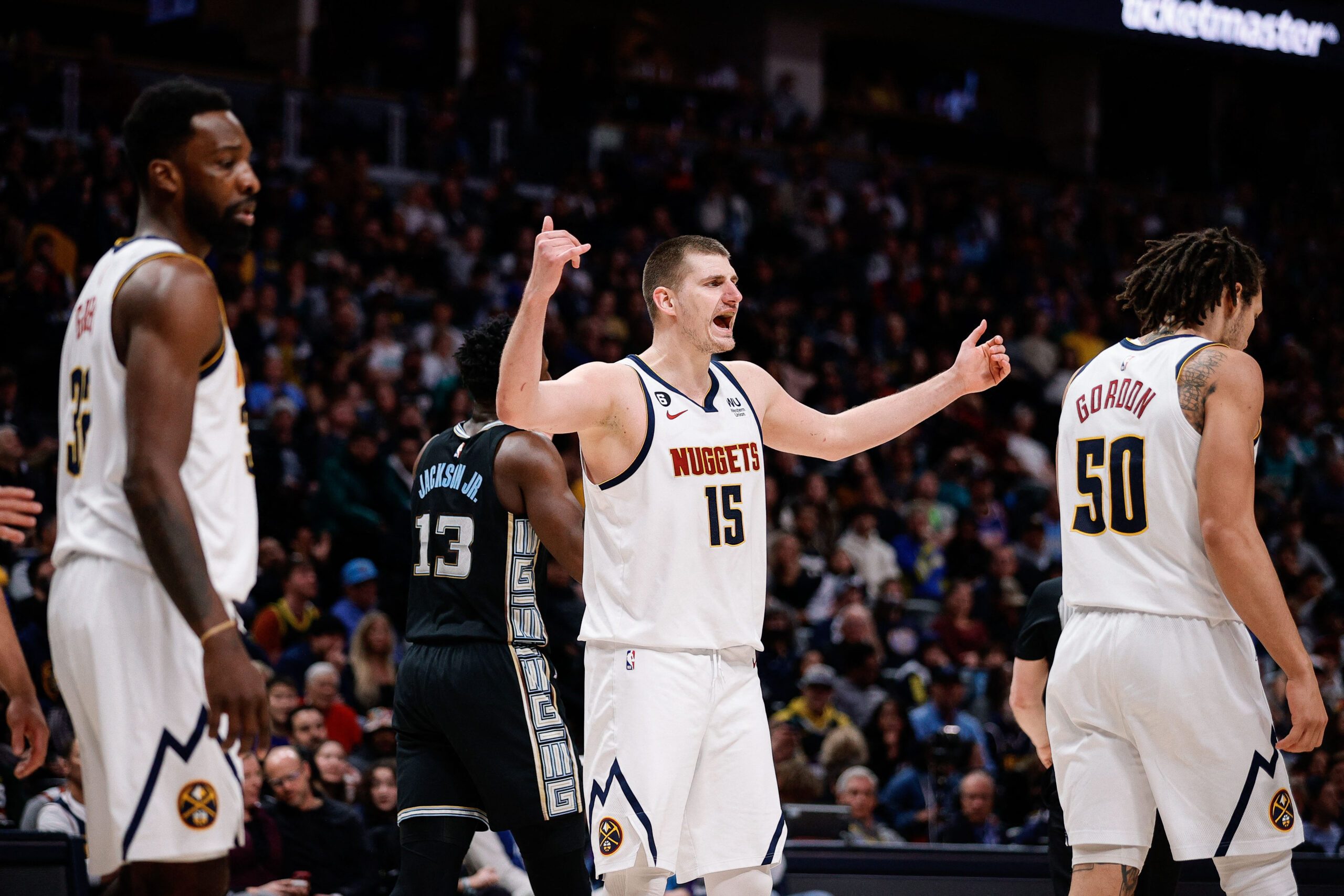 DOMINANT. Denver Nuggets center Nikola Jokic (15) calls out to his teammates forward Jeff Green (32) and forward Aaron Gordon (50) in the fourth quarter against the Memphis Grizzlies at Ball Arena

Michael Porter Jr. had 18 points in his return from a 13-game absence caused by a heel injury, Kentavious Caldwell-Pope scored 14 and Aaron Gordon 13 for the Nuggets. Denver won for the sixth time in seven games.

Damian Lillard had 34 points, Jerami Grant added 20, Anfernee Simons and Josh Hart scored 14 each and Jusuf Nurkic finished with 11 for Portland, which lost its third game in a row.

Denver was up by five after the first quarter and opened the second on an 11-3 run to lead 43-30.

The Blazers stormed back behind 10 points from Lillard to take a 56-52 lead with 2:37 left in the half. The Nuggets tied it but Portland ended the quarter on an 8-2 run to take a 64-58 lead into intermission.

The Blazers led 68-62 early in the third when Denver responded. Porter scored seven straight points, Caldwell-Pope hit a 3-pointer, Murray scored on a layup and a step-back 3-pointer and Porter hit from deep during a 19-1 run that put the Nuggets ahead 81-69.

Portland’s only point in that stretch came on a made technical free throw by Lillard.

Hart scored on a cutting layup for the Blazers’ first field goal in more than five minutes but Murray hit another bucket and a 3-pointer to help Denver go into the fourth up 93-80.

Murray drained another 3-pointer to open the final period and give the Nuggets a 16-point advantage.

Portland got it down to 11 and had a chance to get the deficit in single digits but a turnover led to a dunk by Brown and a 99-86 lead. Lillard missed a short finger roll and Jokic converted a three-point play to put Denver ahead by 15.

Grant was fouled on a made 3-pointer from the corner and he hit the free throw to spark six straight points and make it 102-93. Lillard sank a long 3-pointer later to make it 105-98, but Jokic fed Gordon for a dunk and scored four points to make it 111-98, and the Nuggets closed it out. – Rappler.com