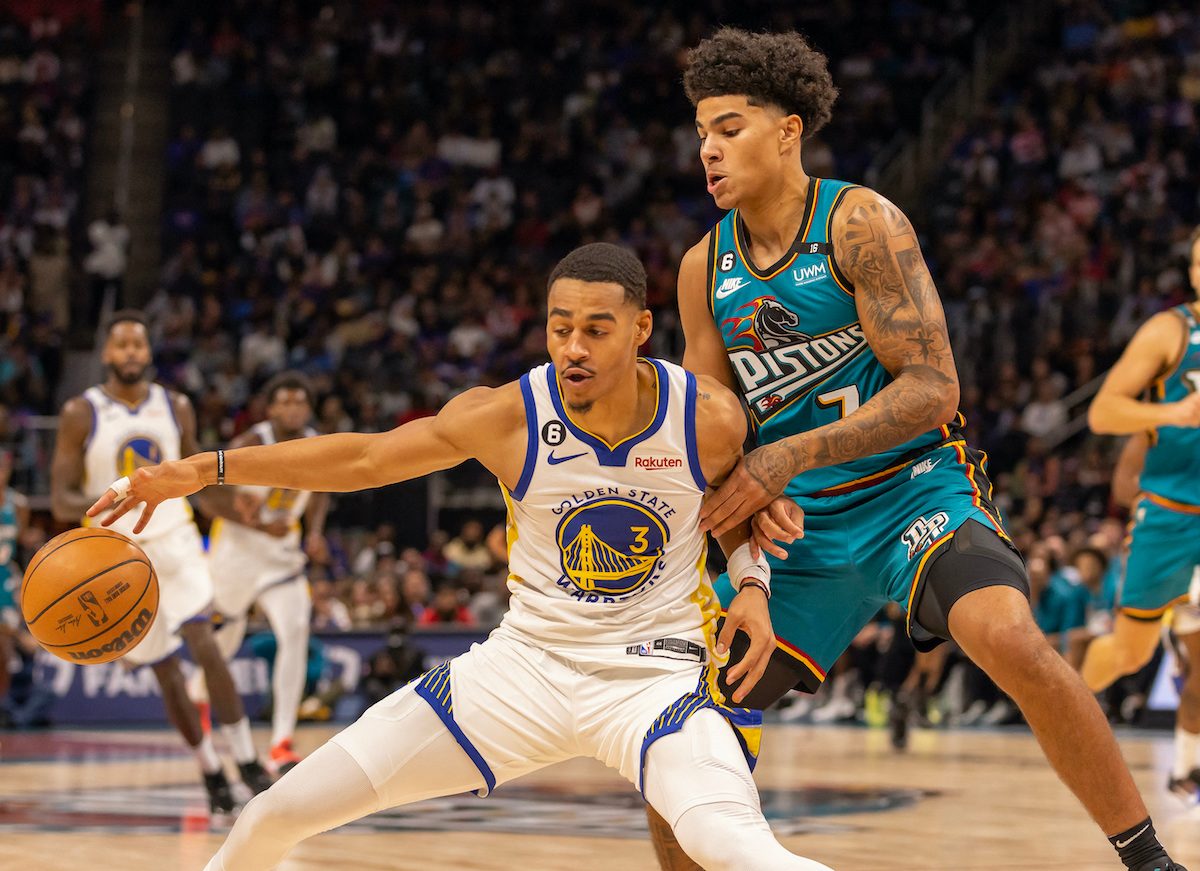 UPSET. The Warriors' title retention bid is off to a rough start as they fall to the lowly Pistons.

Cade Cunningham contributed 23 points, 10 rebounds, and 9 assists for Detroit, while Bojan Bogdanovic had 21 points. Bogdanovic agreed to a two-year contract extension prior to the contest.

The Warriors, who lost for the second straight time and dropped to 3-4, rested starting guard Klay Thompson in the second game of a back-to-back.

All but one of the Pistons’ starters reached double figures by halftime as they grabbed a 63-55 lead. Stewart led the way with 15 points followed by Bey with 13. Curry topped the Warriors, who were held to 38.8% shooting before the break, with 15 points.

The Pistons continued to build the lead when play resumed. Bey made a layup on their first possession, kicking off a 13-2 run. Cunningham, who assisted on that basket, hit a pullup jumper and a three-pointer during that stretch. A Bey jumper made it 74-57 and prompted Golden State coach Steve Kerr to call a timeout.

Bey capped the outburst with a driving hook shot.

Poole carried the Warriors back in the game with a personal 9-0 run. He made a conventional three-point play, hit a three-pointer, then made a steal, and drained a 30-footer.

After the Warriors pulled within 8 with less than five minutes remaining, Bey knocked down three-pointers on consecutive possessions. He finished the game having made 4 of 9 shots from deep.

Curry scored the next 6 points but then missed a three-point shot that could have cut the Pistons’ advantage to 5 points. The Pistons made 6 free throws down the stretch to close out the victory. – Rappler.com