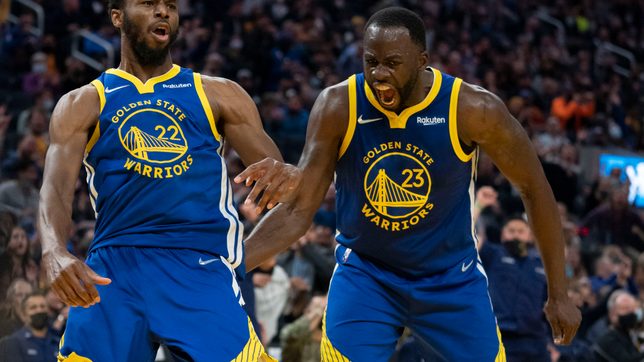 Stephen Curry chipped in 25 points for the Warriors, who won a sixth straight despite losing Draymond Green for the rest of the game in the third quarter with a bruised right thigh.

D’Angelo Russell, playing for the first time in the Bay Area since the Warriors traded him for a package that included Wiggins in February 2020, had 18 points for the Timberwolves, who lost their sixth in a row.

Thanks in large part to Wiggins’ 22 points in the first half, the Warriors led most of the way, including by as many as 20 late in the second quarter and early in the third.

Minnesota rallied within four in the third period before Golden State pushed the gap back to 15 in the fourth. However, a Malik Beasley jumper got the visitors within 95-90 with 9:40 to play.

The Warriors’ Otto Porter Jr. and Jordan Poole countered with three-pointers to open a double-digit gap again, and Golden State held the visitors at arm’s length the rest of the way.

Green’s injury occurred midway through the third period when he collided with a Timberwolves player under the basket. The injury did not appear to be serious, but he never returned after walking off to the locker room shortly after the incident.

Wiggins, who averaged 23 points in three previous games against the Timberwolves, topped his previous season high by 14 points thanks to 14-for-19 shooting.

Poole finished with 14 points, Kevon Looney had 11 points and a career-high 17 rebounds, and Porter scored 10 points for the Warriors, who improved to 6-1 on their eight-game homestand.

Edwards shot 7-for-13 from three-point range and 16-for-27 in all. His previous best point total had been 42, set twice last season when he was a rookie.

Russell hit four three-pointers on 10 tries to account for a majority of his points. He also tied Patrick Beverley for team-high honors with 7 assists, one behind Andre Iguodala’s game-high 8.

Karl-Anthony Towns had his 10th consecutive double-double against the Warriors with 17 points and a team-high 12 rebounds.

Naz Reid added 16 points for Minnesota, which was playing for the second time on a four-game trip. – Rappler.com