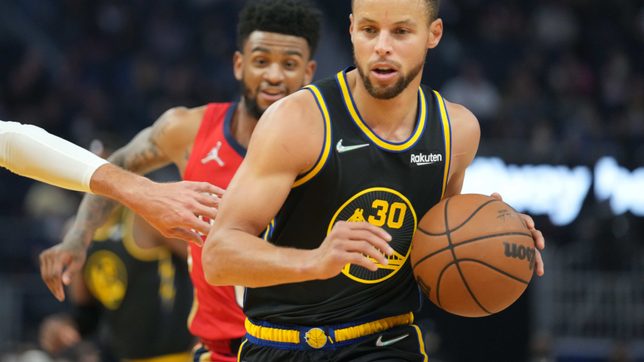 Andre Iguodala led a high-level passing exhibition with a season-best 10 assists and Jordan Poole poured in a game-high 26 points as the Golden State Warriors ran away from the injury-plagued New Orleans Pelicans, 126-85, in San Francisco on Friday night, November 5 (Saturday, November 6, Manila time).

Stephen Curry chipped in 6 assists to complement 19 points for Golden State, which led by just four points at halftime before exploding in the second half for their third straight win and their seventh in eight games to open the season.

Poole exploits came on the heels of a 31-point effort in a home win Wednesday over the Charlotte Hornets. He hit 10 of his 15 shots on Friday, including six of his nine three-point attempts.

Poole recorded a career-best 38 points in a home win over New Orleans last May.

The Warriors, who attempted 31 three-pointers in the first half, shot 20-for-50 from long range for the game. Golden State made 10 of its 19 from beyond the arc in the second half.

Golden State finished with a season-high 36 assists on its 47 hoops. Iguodala’s total was his highest in almost four years, since he had 10 in a home win over Dallas in December of 2017.

Curry had five of Golden State’s three-pointers in 13 tries and also tied his career-high in blocks with two.

Devonte’ Graham had 12 points and Jason Hart 10 for New Orleans, which was making its third stop on a four-game trip.

The Warriors led by as many as 15 points in a first half that was all about their three-point shooting. Golden State hit 10 of its first 20 threes in building the lead, before missing 11 straight, allowing the Pelicans to rally back within arm’s length.

The teams combined for 51 three-point attempts among 88 total shots in the half. The Warriors were 10-for-31 at that point, with Curry having gone 4-for-9.